Persian Letters... Part 2. A Story of Follow-Up Literature, Some Authentic, Some Fake 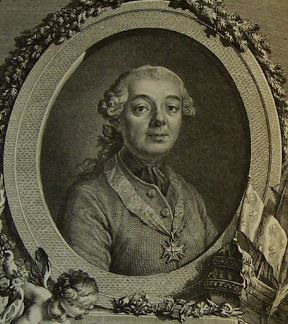 I put a teacher of French literature at a loss the other day, talking about Voltaire’s Candid. “Are you serious?” I asked. “You never knew that Candid, getting tired of retirement, eventually left his peaceful garden again? He went to Persia, where he first became the sex slave of a tyrannical master; afterwards, he was appointed Governor of the province of Chusistan, where he lost his leg. Are you telling me that you didn't read the second part of the novel?” Considering the bewildered face of my teacher friend, I couldn’t help but laugh. Of course, she had never read the “second part” of Candid, published in 1766. And it is no professional fault, since Voltaire never wrote it. Mr Dulaurens did—and it was dissociated from Voltaire’s novel long ago

But, in the 18th century, it was still unclear whether this second part should be considered separately. In fact, it was unclear whether follow-ups—be they legitimate or not—should be separated from the works that had inspired them. And as a copy of Candid I know proves it, they were sometimes bound together. This “second part” came out just like the first one, anonymously; the title page claims it was “translated from German by Dr Ralph”, just like the first part. Publishing was a jungle, and the second part of Candid is an open attempt at capitalizing on the success of the original. The aforementioned copy even features another follow-up entitled La Cacomonade, and “translated from German by Doctor Pangloss!” It is a sort of the history of syphilis. As my teacher friend would tell you, Pangloss, who was Candid’s director of conscience, suffered from syphilis. These literary frauds could be very witty, indeed. And Voltaire was obviously not their only victim. Daniel Defoe’s Robinson Crusoe (1719), for instance, was imitated and reinterpreted so many times that it gave birth to a literary trend known as “the robinsonades”.

Whereas some of these works were the fruits of pure opportunism, others were a way to go around censorship. Thus, the book Dialogues de Monsieur le Baron de Lahontan avec un Sauvage en Amérique (Amsterdam, 1704), which is often joined to (and bound with) the original relation of Lahontan’s voyage to Canada, has nothing to do with it. It was written by Nicolas Gueudeville, who hid behind this so-called dialogue to express harsh criticism against Catholicism. It was very convenient to use such a character. Can we blame a savage?

Another way to distance oneself from a touchy topic was to write fake letters. Montesquieu got the idea from Marana’s novel L’espion turc (1684), and his Lettres Persanes (Pierre Marteau, 1721) became so successful that his trickery was soon copied by many tricksters. “His success inspired many imitators,” writes Hardy Christophe in Les plus grands romans français (2010). “There was Les Lettres d’une Turque à Paris (1731), the “feminine” follow-up of the novel that developed the sentimental part of it.” I had no reason to doubt this author, until I came across a copy of Montesquieu’s work—the 1731 Pierre Marteau’s edition—bound with the aforementioned Lettres d’une Turque à Paris. It was published the same year by the same fictitious Pierre Marteau. This short book—132 pages—is explicitly described on the title page as “the follow-up to Persian Letters.” Although it sometimes appears all by itself, we can imagine that this work was an order from the printer to make his edition more attractive. It consists of a series of fictitious letters written from France by a Persian traveller. But it’s not as light as Mr Christophe says.

On the website of the National Library of France Les Lettres d’une Turque… is credited to Germain-François Poullain de Saint-Foix (1698-1776), known for his many plays and his Essais Historiques sur Paris (Londres, 1754-57). Saint-Foix was a “bel esprit”, and he wrote with style. In fact, his wit makes his book different from the regular follow-ups; it was reprinted 1760, and Saint-Foix even wrote a follow-up to his follow-up in 1732, Lettres de Nedim Koggia (Pierre Mortier).

Lettres d'une Turque à Paris... starts like the ideal light reading for a cosy literary salon of Paris - or a lady, who were not intellectually apt to understand complicated books, obviously. It focuses on the inconstancy of the French in love affairs. A lover sends a “billet doux” to his fiancée: “Knowing your benevolent nature, Madam, I purposely misbehaved yesterday to give you the opportunity to express it. But if my respect and my love for you do not arise your complacency, be assured that I shall never offer you such a sweet moment in the future!” Constancy was a form of vulgarity among these people. In another letter, a young man talks to his friend: “I’m so glad you’ve given up on Madam N...! Your persevering with her was giving you a bad name. No matter how hard I tried to defend you, arguing that your natural inclination for her was nothing but the result of your natural inclination for all, nobody would believe me; everyone thought you were in love! And it was as if you would restrict yourself to one woman alone!” Are the French truly convinced that constancy “is for strict heart who satisfy themselves with one idea only,” or is it just a pedantic form of hypocrisy? So far, it sounds like an ordinary satire; but soon, Saint-Foix talks about religion.

Since there is only one true God, all who worshipped differently from you, were plain wrong. Pagans, pigs, whatever; there was no in-between. Yet Saint-Foix writes: “Our education and the authority of our parents—who died in the bosom of their religion—attach us to the same religion. This religion was (...), so we’re told, confirmed by a myriad of miracles; because every religion, including the impertinent one of the pagans, has its miracles. (...) You may say that God authorized miracles in every religion. What? God would cheat on me? (...) Did He let Mahomet develop a religion He disapproved by using miracles? Thus, God gives me positive signs about a religion He condemns? I shall never believe that!” Flirting with deism, he then tells a fable. Kaillaz, living as a hermit on a desert island, found two babies, sister and brother, whom he grew according to a unique rule: treat others as you’d like them to. Driven, with age, by the necessity of Nature, they ended up making love together—and all of a sudden, our new Adam and Eve were taken from their island by some Muslims merchants passing by. They tried to convert them but some Christians soon captured their ship, and involuntarily killed the girl during the battle. Her desperate brother said: “She’s dead! And you’re telling me that she was wrong. Can you imagine that God would lead her on the wrong path when He made her live by some sane and sincere feelings, far from Islam and Christianity? So, she was unhappy while living her life in the bosom of God, whom she loved with all her heart?” Our Eve, innocent though a sinner, was sacrificed to both Islam and Christianity that had torn her from her innocent earthly paradise. This reminds us of another famous follow-up, Supplément au voyage de Bougainville by Diderot, a pledge to the natural way of life of the "savage" Tahitians, destroyed by the arrival of Christians. Some follow-ups have become more meaningful than the works that inspired them.

Nobody knows about Lettres d'une Turque à Paris nowadays. History recalls Montesquieu's book only - because it came first, and because it is clearly better. Yet, the teachers of French literature should read some follow-ups with care, if I may suggest. They tell us a lot about the building of a classic; and, sometimes, some are just good. After all, books are like religions: there's no reason why we shouldn't go from one to the other, as long as it makes us better "readers".