Amazon to Open Fourth Bookstore in Chicago. But Why? 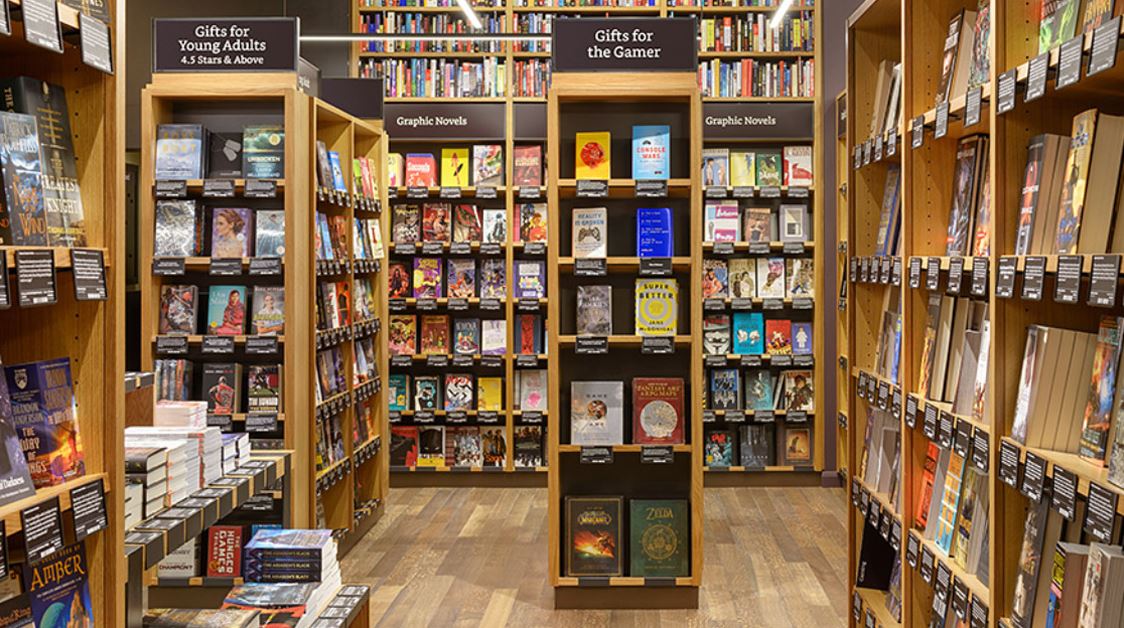 Amazon has announced plans to open a fourth real, live, bricks-and-mortar bookstore. This next one will be in Chicago. It joins the first, and only store open at the moment, in their hometown of Seattle. Additional stores in San Diego and Portland, Oregon, were previously announced, although they have yet to open. This is Amazon's first foray away from the Pacific coast, with speculation that the next store could take them the other half of the way across the country to New York.

Amazon is far and away the largest online retailer, selling everything under the sun, but they started as a bookseller. If they expanded far beyond their roots over the past two decades, there was one place where they remained true to form. They only sold online. Now, that too has changed. Last fall, they opened their first store in Seattle. While they now sell virtually everything online, in their one bricks-and-mortar store, they sell only books and related items. That will continue with their new locations. They sell physical books, electronic books (you can upload them to your electronic device at the store), and electronic readers (their Kindle). There will be "thousands of books" (physical ones) available in their stores, but "millions" more can be ordered online while visiting the store. Even books in stock at the store can be ordered for shipping to the customer's home.

One difference between an Amazon bookstore and a typical one is the manner of display. All of their books are faced forward, not just a few bestsellers with the rest shelved, needing to be pulled out by the spine to see the cover. It greatly reduces the number of books that can be displayed, but it enables "each [to] communicate its own essence." Reviews for each book are also provided, and those stocked are selected based on online orders, customer ratings, curators' assessments, and popularity on Goodreads. Amazon has the advantage of knowing in advance from their online sales which titles are likely to sell best, and can even target inventory based on what is popular in a particular community.

What Amazon has not done is try to emulate the all-encompassing atmosphere of the bigger book stores like Barnes & Noble. They don't sell coffee and pastries or provide large areas to relax and read a book all afternoon.

All of this leads to the burning question – why? Why is a company that destroyed so many local retailers going into local retail itself? Was it all a ruse to become the next Walmart? Hardly. It is an additional means of selling, not a replacement. Nonetheless, what they are doing is of interest to sellers of old books as well as new, since Amazon's selling model is what turned business upside down for the rare book dealer as well. So many have closed their bricks-and-mortar shops and turned strictly to electronic and other remote methods of selling. Does Amazon know something the rest of us don't?

Probably not. Much of what they are doing is experimental, rather than implementation of some grand master plan. And some is meant to leverage the large online business others do not have. At Amazon's annual meeting last May, CEO Jeff Bezos was quoted as saying, "We’re definitely going to open additional stores, how many we don’t know yet. In these early days it’s all about learning, rather than trying to earn a lot of revenue." Amazon has plenty of money and has never had a problem plowing it back in the business to test new ideas and support growth, short term profits be damned.

Perhaps part of Amazon's motivation is to tap a huge market not yet accessible to them. For all the problems we hear about traditional retail, long established name like Sears and K-Mart fading, others already gone, here is a number that may surprise you. According to a report released by the Census Bureau of the Department of Commerce last month, for all its growth, e-commerce represented only 8.1% of retail sales during the last quarter. Amazon has no access to the other 92%. E-commerce has been growing at about 15% per year, compared to around 2% for all sales, but that still implies that it will remain a relatively small percentage of overall sales for a long time to come. Maybe Amazon would like to participate.

Of course, Amazon has some other motivations for opening retail stores. It gives them an opportunity to sign up more members for its Prime service, and they can promote their online business through personal contact not otherwise available to them. Personal interaction can make a difference. While the financial demands of a storefront may simply not work any longer for many old and collectible book sellers, that does not mean personal contact is no longer important for establishing long-term relationships. What it means is that rare book sellers need to find alternative ways of meeting people, such as book fairs, appraisals, talks, seminars, and the like where they can make personal contact, even if it is not practical to follow Amazon back into bricks-and-mortar retail.