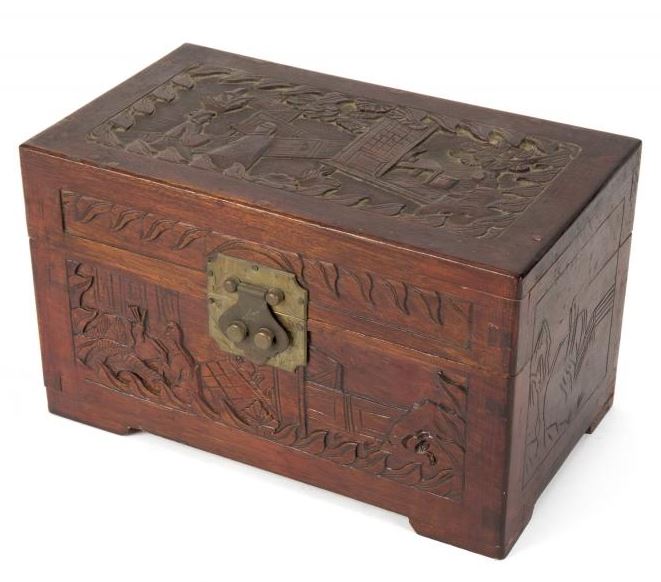 Being offered for sale this month is the ultimate piece of ephemera for the field of books. This one pertains to the great twentieth century writer Truman Capote, noted for In Cold Blood, and the novella Breakfast at Tiffany's, among other titles. Some claim he helped write To Kill a Mockingbird, but that's just rumor. For those who want to own the ultimate Truman Capote collectible, on September 23, you will have a chance to buy Truman himself. Literally.

You won't have to worry about violating the 13th amendment proscription against slavery, or the Emancipation Proclamation. Capote has been dead for over 30 years. What is for sale is Capote's remains. Truman Capote's ashes will be auctioned off in Los Angeles on September 23.

There is a story behind this. There has to be. Capote was a personality. Quite short, opinionated, and with an odd voice, he became a favorite of talk show hosts in the 1960's. He was the polar opposite of his Alabama neighbor and reclusive author Harper Lee. Among the shows on which he regularly appeared was Johnny Carson's Tonight Show. He became friendly with Carson (to whatever extent it was possible to become friends with the ultra-reclusive Carson), and his wife at the time, second wife Joanne Carson. Johnny and Joanne divorced in 1972. He had a roving eye. Carson would marry twice more. However, while celebrity wives often are shunned by "friends" when no longer a connection to a famous person, Capote remained a loyal friend to Joanne Carson. They couldn't have been closer, though not physically romantic. Capote was gay.

Indeed, Capote would have a writing room in Joanne Carson's California home. He encouraged her to write an autobiography, edited what she wrote, and pushed it to his publisher. Joanne never got beyond the first chapter. She wanted to write something upbeat, but publishers wanted dirt. Years later, Carson's estranged former lawyer wrote all of the dirt imaginable about Johnny Carson and had no trouble getting it published. Joanne only wanted to say nice things about her former husband.

Capote's lifestyle matched his personality. He burned himself out. The official cause of death on August 25, 1984, at the age of 59, was a combination of liver disease, phlebitis, and intoxication from multiple drugs. He died in Joanne Carson's home. Three days later, his body was cremated. Some of the ashes went to his lover, Jack Dunphy, the rest to Joanne Carson. When Dunphy died in 1992, his share of Capote's ashes, along with his own, were scattered over a lake where they lived. Only Joanne's share of his ashes remain.

Capote lived an interesting life, which his remains continued after his death. In 1988, his ashes were stolen from a Halloween party hosted by Mrs. Carson. That sounds properly ghoulish for a Halloween celebration. A few days later, they were returned – thrown onto her back steps from a car. Not surprisingly, no one took credit. Other attempts were made to steal Capote's remains. Joanne became paranoid over their theft. She declined an invitation a few years back to bring them and herself to an opening of Breakfast at Tiffany's in New York for fear they would be stolen again. For whatever reason, Joanne found possessing Capote's remains comforting. Unlike Johnny, Capote never left her.

Joanne herself passed on in 2015. She was 83. With that, the guardian of Capote's last remains was left in limbo. What to do with them? The answer is what is being done with other artifacts from her estate, including many items related to Capote. They are going up for auction. They will be sold at Julien's Auctions in Los Angeles. The auction house evidently felt a little squeamish at first about selling someone's remains, but got over it. According to Vanity Fair, the auction house's CEO explained that despite some concerns about appearing disrespectful, they believed the publicity-seeking and shock-loving Capote would have gotten a kick out of this (if he were still kicking). And if Christie's could sell Napoleon's penis, this is downright tame.

If you would like to bid on Truman Capote's ashes, here is a link. They come in a tasteful, carved Japanese wooden box. There is also a box from the Westwood Village Mortuary, dated August 28, 1984, with a label noting what it contained. Julien's has placed an estimate of $4,000 - $6,000 on it, but I suspect this is a significant low ball. Look for serious Capote collectors to bid this one up. After all, like Capote when he was alive, this is a one of a kind.