The U. S. Constitution Saved this Book Thief $510. 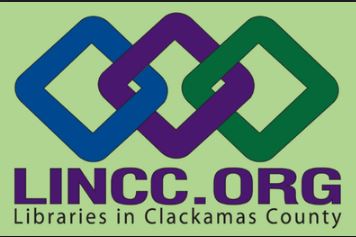 We have all heard a police officer reciting the Miranda Rights. Hopefully, we have heard it on a crime drama on television, rather than from having a police officer recite them to us personally. You know the line: "You have the right to remain silent. Anything you say can and will be used against you in a court of law. You have the right to an attorney. If you cannot afford an attorney, one will be provided for you." Recently, those rights saved a book thief $510. However, they did not get him off.

Usually, these cases are focused on the first part of these rights, the right to remain silent. In this case, the issue was the second part, the right to an attorney. More specifically, it concerned the right to a free attorney for those without the money to pay for one. Of course, you would think a thief of all people shouldn't be wanting for money, but that's another story.

The right to an attorney emanates from Sixth Amendment to the United States Constitution. That is the one that provides for the right to a speedy trial, an impartial jury, to be informed of the charges, to have the right to confront witnesses, and finally, to have the assistance of counsel. In a 1963 case, the U. S. Supreme Court ruled anyone accused of a felony but unable to afford counsel was entitled to have an attorney provided at the expense of the state. No constitutional right is very meaningful if it is only available to those of adequate financial means. That is why the court has ruled against such actions as the poll tax, which limited the right to vote to people who could afford to pay the tax.

In 2013, Bill Joe Davis, II, of Milwaukie, Oregon was convicted of stealing around 50 books from various Portland area libraries. That's not a misspelling. That is how they spell "Milwaukee" in Oregon, just as someone named "Billy Joe" is called "Bill Joe" instead. Heck, they even pronounce the "on" part of "Oregon" as "'n." They are distinctive in Oreg'n. Bill Joe had checked out $3,800 worth of library books, but never returned them. It wasn't just that he forgot to return them. Instead, he was selling them to stores and online. Davis maintained the library books were accidentally mixed together with his own books before being sold, but the jury must have concluded that was a bit too many "accidents" to be believed. He was sentenced to 2 years and 2 months in prison, ordered to provide restitution of $3,800 to the libraries, and pay the $510 bill of his attorney.

Davis appealed to the Oregon Court of Appeals, where he won one and lost one. Unfortunately for Mr. Davis, he lost the larger claim, but a small victory is better than none at all. He tried to get the entire conviction overturned on the grounds the court had permitted the introduction of inadmissible evidence. The trial court had allowed evidence that he had previously been convicted of stealing books from a Friends of the Tigard Library book sale. Evidence of similar prior crimes is generally not admissible, the requirement being to show guilt in the current case, not a prior one. However, there are exceptions. The appeals court ruled none applied here. However, it determined that presenting evidence of the Friends of the Library sale theft was harmless error since Davis did not contest the presentation of evidence of his theft from the Multnomah County Library. In effect, presenting one more straw didn't make any difference since the camel's back was already broken, without objection from Mr. Davis.

That led to the $510 bill for attorney's fees. The appeals court quickly threw that out. Davis had a court appointed attorney, for whose services he was billed. The court threw the burden of proving a lack of financial need on the state. The prosecution had not presented any evidence that Davis could afford to pay for his attorney. Absent of a showing that the defendant could afford to pay for his attorney, the appeals court ruled that such a presumption could not be made. Davis will not have to pay that $510 portion of the judgment against him, but everything else stands.