Sales Taxes on Out of State Sales – Coming to Your Bookseller Soon? 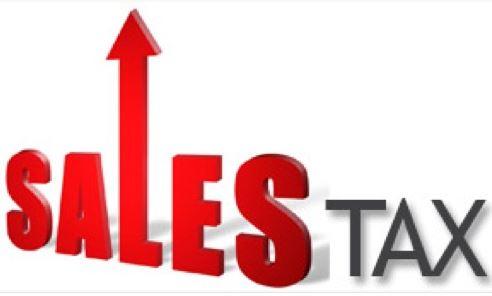 If you are an American bookseller selling your wares to out of state customers, be it online, through catalogues or the phone, one of these days you will probably have to collect all of those states' sales taxes. There are too many state governors and legislators who want a piece of your action, and like a crying child, they aren't giving in until they get their way. Those opposing such collection requirements may have won all the battles, but the other side won't quit until they win the war.

Back in May, South Dakota adopted legislation requiring out of state retailers selling either over $100,000 in goods or conducting at least 200 annual transactions in South Dakota to collect sales tax on their behalf and remit it to the state treasury. You may breathe a sigh of relief. You probably don't sell anything like that in South Dakota. Two hundred must be something like half the population. However, watch out for the precedent. If you are a larger dealer, either selling high end books, or low end ones in large quantity, a law like that passed by New York or California may well affect your business. One thing you can count on is that if South Dakota's law is upheld, you will soon see similar laws in those and every other state. As Donald Trump would say, believe me.

Why haven't New York and California already adopted such laws? The primary reason is that it is unconstitutional. Even South Dakota acknowledges that. While it is very difficult to change the constitution, requiring two-thirds votes in Congress and three-quarters of state legislatures to agree, there is an easier way – just get the Supreme Court to change its mind. That is precisely what the state of South Dakota has in mind.

This all requires a bit of background. This issue has come up many times before. Back in the mail order days, states regularly wanted to force out of state retailers to collect their sales tax. However, the Supreme Court always said no. The reason is the Constitution's Commerce Clause, which gives the federal government exclusive power to regulate interstate commerce. That prohibited South Dakota from making demands on an out of state retailer. The court issued a physical presence or "nexus" test as to who was an in versus out of state retailer. If a retailer had some connection with a state, say a store or a warehouse there, or local salesmen, that constituted "nexus." A state could require such a retailer to collect their sales tax. If there was no nexus, it could not. States tried to come up with expansive forms of "nexus," like claiming that running an advertisement in a magazine delivered in the state, or one on a television show played in the state, constituted nexus. The court said nice try, but no dice.

A quarter of a century ago, South Dakota's neighbor, the Dakota of the North, attempted such an end around. North Dakota attempted to get mail order office products retailer Quill to collect their taxes. The court again said no, but added a significant footnote. The court implied that since the problem was that the states were trying to usurp federal authority, if the federal government expressly authorized the states to collect sales tax on out of state retailers, then they could be required to collect those taxes. State legislators seeking more tax dollars, and bricks and mortar retailers who feel they are at a competitive disadvantage since they must collect the taxes, have been trying to get Congress to pass such an authorization ever since. Congress moves slowly.

Three years ago, forces wishing to grant states the power to collect sales taxes began earnestly pushing something known as the Marketplace Fairness Act on Congress. Who could be against marketplace fairness? The answer is a lot of congressmen fearful for their jobs. Few have forgotten what happened to George H. W. Bush when voters discovered they must not have read his lips correctly. They may think the act is fair, but they are loathe to put their names on any tax bill. Americans like fairness, but not as much as they hate taxes. Fair taxes, unfair taxes, taxes without representation, taxes with representation – they are all the same. We hate them. We just may vote representatives who approve them out of office. So the Marketplace Fairness Act has never been voted up, nor voted down. Congress takes the sensible road – they avoid the issue like the plague.

So finally, the states have become tired of waiting. South Dakota may be leading the way, but such legislation is popping up in other states as diverse as Alabama, Ohio, Colorado, and Rhode Island. This latest push has been incited in part by an opinion from Justice Kennedy in a recent case. Justice Kennedy is often the swing vote in Supreme Court decisions, so people listen to what he says. Justice Kennedy noted that it might be time to reopen the decision in the Quill case. He said that Quill is "now inflicting extreme harm and unfairness on the states." The Justice said there is a "powerful case" to be made that simply making a lot of sales in a state is sufficient to generate nexus needed to require an out of state retailer to collect sales tax. Kennedy pointed to the enormous increase in mail order type sales via the internet since the Quill case was decided in 1992. His words make it sound like he is ready to flip his vote from the Quill case the next time around.

Seizing the opportunity, South Dakota passed its law. They sought a judgment against several large, out of state retailers. The American Catalog Mailers Association quickly responded with a suit of its own against the state of South Dakota. Everyone, South Dakota included, expects the state to lose in the lower courts. Those courts are bound to follow Supreme Court precedent. The aim of this legislation is to get the case to the Supreme Court on appeal. There, they hope that court will overturn its 25-year-old opinion and uphold their legislation. If that happens, it will be just a matter of time, and a short amount at that, before you will be required to collect sales taxes for the 45 states that impose them.