Its All in the Name 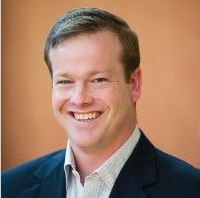 The answer to struggling booksellers' sales issues is so simple and obvious it is a wonder so few have picked up on this before. The answer comes to us from Melbourne, Australia, where high rents on Brunswick Street have been making it difficult for bookshops to survive. It was there that an iconic book store made the announcement a few weeks ago that it would be closing its doors. Polyester Books, in business since the 1980's, would close in May when its lease ran out.

However, it has since been revealed that the store's original owner, who sold the business seven years ago, would be reopening in the old location, at least temporarily. What's more, the store will essentially be the same as Polyester Books, which specialized in counterculture books and related items. The key difference here is that the name will be changed. The store will no longer be Polyester Books. The new name? - Sex, Drugs, Rock'n'Roll. If that doesn't bring in the crowds, it's hard to imagine what will.

That said, the owner is not overly confident that even sex and drugs in the title is enough to justify the high rents. The new store is only temporary, essentially a means of disposing of items in the owner's personal collection until something more fashionable by today's standards moves into the space.

Speaking of names, the rare book collection of the Harvard Law Library was for years housed in the library's Caspersen Room (many of the books have since been moved and it is now an exhibition hall). The Caspersen name has become a mixed blessing for Harvard these days, one that represents great generosity to the institution along with some questionable and strange behavior. It provides not only an insight into how the other fraction of one percent lives, but makes regular folks wonder why people with such enormous privilege act in such crazy ways.

The large gift that placed the Caspersen name on what had previously been called the Treasure Room at the library came from Finn Caspersen. Finn Caspersen was said to be worth around $1 billion when he died. He took his own life in 2009. He was suffering from kidney cancer, but the IRS was also looking into possible tax evasion through offshore bank accounts, an issue once again in the news today. The number $100 million was bandied about, though the case ended when he died. If he was evading taxes, you can only wonder why someone with so much money would take such a risk just to have a (relatively) little more.

Which brings us to his son, Andrew Caspersen, the one in the news today. He was recently charged by the U.S. Attorney in New York with securities and wire fraud. According to the complaint, Caspersen presented a deal to a hedge fund which represented a charity. A firm was looking to buy out some debtors, $80 million worth, he said. They would offer 15% interest, fully secured, to those who provided a loan for the buy out. That shortly evolved to something even crazier. The firm no longer needed to buy out the investors, but since they had made a "promise" to accept new loans at the astronomical rate of 15%, they would continue to make that deal anyway. The loan would now be secured by the very cash investors loaned, since they no longer needed it. Is that deal too good to be true? Of course it is. You would be afraid to loan anyone $10 with a fish story like that. The hedge fund loaned Caspersen $25 million.

A few months later, Caspersen offered them another one of these loan deals, this one for $20 million. He also made a similar offer to someone else for $50 million. This time, Caspersen maintained that the firm had paid back a different debtor, and though it had no obligation or reason to do so, it had decided to offer another 15% debt obligation for millions of dollars more it did not need. Huh? The hedge fund figured maybe it ought to do a little bit of due diligence this time around. It asked for a contact with the firm offering this spectacular deal, and when Caspersen provided a phony email address, the scam began to unravel. It turned out the email was at a domain name that had been registered just 20 minutes earlier, and though it sounded like the name of the firm it was said to represent, it was not quite the same.

It turns out, according to the official complaint, that a day after receiving the $25 million, Caspersen transferred a little over $8 million to the investment firm for which he worked to cover an earlier unauthorized transfer to his personal account. Caspersen then transferred the remainder of the $25 million to his personal brokerage account. He then began trading heavily in stock options. One imagines he was desperately trying to make some quick bucks so he could repay the hedge fund the full $25 million. Instead, within a matter of weeks, he lost $14.5 million more. Altogether, there were approximately $25 million in losses from that account. While it is unstated, one might guess that Caspersen used the $8 million he took from his own firm to trade options, lost it, convinced the hedge fund to give him money to recoup those losses, but lost that money too. That led him to return to the hedge fund for another $20 million to recoup the two sets of losses.

Ironically, the Caspersens had made their family fortune as owners of Beneficial Finance, a company which made small loans to people of modest means. Undoubtedly, they did more due diligence on those small loans than the hedge fund did with $25 million.

When you name a library after a wealthy donor, you take the good with the bad. America is still dotted with Carnegie libraries, named for a man who was incredibly generous with his wealth, which he earned with some cutthroat business practices and crushing of union workers. Harvard, too, will have to live with such a name, one which, like the names of all the rest of us, represents a mix of good and bad, just on a grander scale.