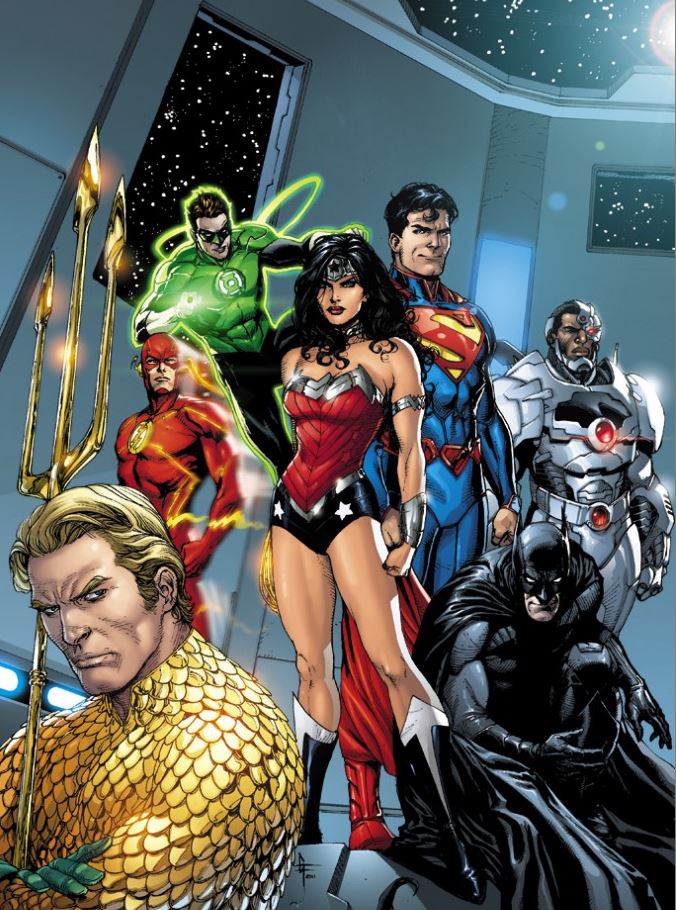 Not on the case – the Justice League (from DC Comics).

Another month, another book theft. The stories are distressingly repetitive. This month it is comic books, the books we collected as kids and our mothers threw away. They didn't understand. Actually, I don't understand how they became so valuable either, but they did. When a Superman comic can sell for over $2 million, we know that something unexpected happened in the intervening years since our youth.

This story comes from Macon, Georgia, where thieves broke into Comics Plus. It was reported that four masked men, appropriately enough for a comic book theft, broke into the store overnight using a crowbar. They cut the wires to the burglar alarm. They stole the safe and a bunch of comics. The safe contained $2,200 in cash. The comic books, according to owner Will Peavy, who was interviewed by local television station WMAZ, were worth $200,000. Based on their selection, the thieves knew which comics to take.

They stole runs of two 1960's comics. One was a run of the first eight issues of Justice League of America. The other was the first 20 issues of X-Men. The Justice League consisted of a combination of DC Comics superheroes, including Superman, Batman, the Green Lantern, and Wonder Woman. Combinations of superheroes are popular today, in film as well as print, so it is not surprising these early comics have become so valuable. Each of these runs could be worth something in the low six digits.

The superheroes will not help catch these criminals, but perhaps the criminals will do so themselves. Mr. Peavy noted that the comics had been graded and have serial numbers. Unlike regular books, where grading is done in a small number of broad, somewhat vague categories, based on the beliefs of the individual seller, comic books have a wide range of finely tuned classifications, issued by professional rating agencies. Selling such comics requires expert evaluation of condition, as these slight differences to the unknowing eye can mean substantial variances in value. An attempt to sell these comics to area dealers or collectors, or to sell them on a site like eBay, may well lead to recognition the thieves aren't anticipating.

In another, more tragic comic book theft case, Arlene Combs, 31, of Rochester, New York, was sentenced to 20 years in prison. Ms. Combs, an associate of mastermind Rico Vendetti, conspired to hire three men to steal the comic book collection of 78-year-old Homer Marciniak of Medina. Marciniak was not a wealthy collector but a regular working man who had collected comic books most of his life. The three men were to paid $1,000 each for their trouble. Ms. Combs was the go-between for Vendetti and the other thieves.

In the early morning hours of July 5, 2010, the three broke into Marciniak's home. Unfortunately, he woke up and came out to see what was going on. One of the three punched Marciniak in the face and tied him up. After they left, comic book collection and other goods in hand, Marciniak managed to free himself. He was taken to the hospital, treated and released. However, later that day, he suffered a massive heart attack and died shortly thereafter. It was determined that the trauma of the event, plus the punch, led to his heart attack. An ordinary theft had turned into murder. That is why her sentence was so severe, and why the others either have received serious sentences or can expect to receive one when their turns come around shortly.

Commenting on the case, U. S. Attorney William Hochul stated, "This case, which began with greed, ended in the murder of a senior citizen. As this sentence demonstrates, law enforcement will be relentless in pursuing each and every person responsible for Mr. Marciniak’s [death]."