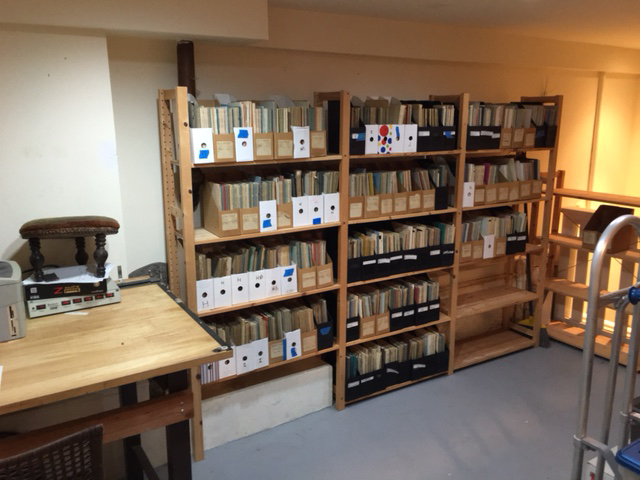 A portion of Parke-Bernet records

Two thousand and fifteen is now in the record books and most of the results in the fields of books, manuscripts, maps and ephemera have been recorded.  It was a busy year.

These records will be coming from many sources.  Chief among them are sales conducted by:

John Anderson, Jr. later named the Anderson Auction Gallery and still later, The Anderson Galleries. [1901-1938].  This was the dominant auction house in New York during the first 25 years of the 20th century.  Their footprint in the collectible paper category is huge.

Bangs, Merwin & Co.  A powerhouse in the final quarter of the 19th century [New York].

Stan V. Henkels.  He organized sales that were conducted by various Philadelphia auction houses [1890 to 1920].

Leavitt, Strebeigh & Co.  Active during the Civil War and in the post war era.

Parke-Bernet.  We have been lent an extensive archive that will substantially complete the thirty-year history of the firm.

Ten million records is a fair guess at what it will take to provide a reasonably complete record of lots in the book, manuscript, map and ephemera fields from 1901 to the present.  For the period 1860 to 1900 there appear to have been roughly another 4 million lots in the United States and England.

The older records will help establish provenance and probability of reappearance.

So there is work to be done.  We will be busy throughout the year and will be looking to buy or borrow additional records.  If you have runs of auction catalogues and would sell or lend them let us know.  The goal is a complete record.