Collecting on a Budget 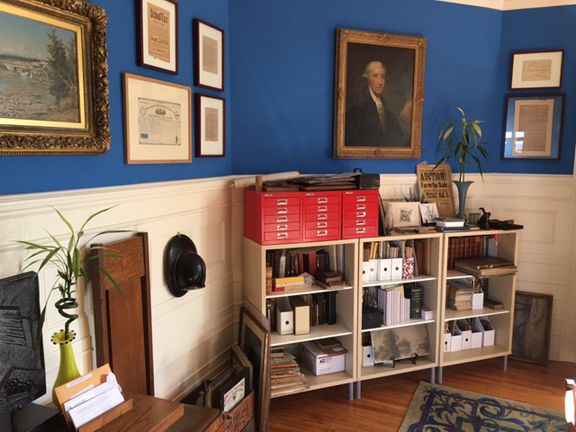 Passion and practicality coexist in human beings, in a relationship that shifts from second to second.  We are at once interested and disinterested, cost and value in constant flux, our interests and needs constantly juxtaposed leading to “I’d like it but…”.  Nevertheless many of sound mind and high spirits are inexorably drawn to collectible books, manuscripts, maps and ephemera that are hardly as certain as gold or as negotiable as currency, they of this persuasion some small percentage of the population that interprets the world through the lens of the printed form and deems they must not only understand it, they must also own it.

For most of the past two centuries the printed word was the preeminent form of information transfer, the one form flexible and inexpensive that could adjust for the gathering avalanche of information that carried civilization from its agrarian roots in the 18th century to the industrial/educational social complex it is today.  The best answer, by default, was the medium of print for which there were no serious ravels until there were.  A hundred years ago newspapers that were more pictures than text [on a column inches basis] began to push past the more solid editorial products that serious newspapers had been.  These tabloids would seamlessly then coexist with the movies and radio that delivered news and entertainment in the era leading to the Second World War.

Mid-century the introduction of television and the opportunity to receive the news in laconic form from favored pundits quickly ushered in the era where entertainment more than information would come to satisfy the public’s daily curiosity.  This is turn begin to redefine the scale of what we could know.  If fifty years before the news was general and a day late, now it would transition into real time.  In the era preceding we saw the world in broad strokes.  In the age of television we would begin to know people and events in increasing detail.  Pictures were worth a thousand words.

In those transitional moments the fate of the printed word for the vast majority of adults was probably determined.  Cycles do not start or stop on anyone’s schedule.  They go on for some too long because many are comfortable with what and how they know while others, anxious about what they don’t, paw at the always-rising dawn for portents of tomorrow.  They became the early adapters whose emerging future then has become the world we know today.  And this is where we are now, the world we knew daily dismembered on line and a new world rising from alternatives that a few years past did not exist.  In these changes the place and rank of books has declined.

These days those involved with old and rare books are in the midst of this significant change and many, I think in fact most, are adapting.  But it is difficult because the very foundational sense of the book is under attack.  It seems books were only ever the medium of exchange for most so when a more convenient form emerged they simply moved on.

That is, most moved on.  For some 10% of the population the printed word and image in their traditional forms remain their best alternative for learning and interpreting.  They prefer the look and feel of books, original prints, and manuscript documents while rejecting their erzats online cousins that look the same.  For them the history of the material itself is important.  It is part of the story.

For they of this persuasion wishing to collect knowing how and what to select/buy is becoming an new art because the options are so different today.

The traditional approach is to select an area and then study related bibliographies that encompass portions of the potentially interesting area.  Such bibliographies however are an increasingly dated form because what separates the current era from the past is our gathering awareness of the many other forms of printed material that surface regularly and that do not regularly appear in bibliographies.  Today we know that books are but a single form of paper collectibles.  We know this because we are daily exposed via the Internet to new material that is not listed anywhere else and have little or no transaction history.

So how does a new collector adjust?  By accepting that single sheets or pamphlets, ephemera, maps or manuscripts are as collectable as books.  And that as a consequence every field and subject today is exponentially larger and prices generally lower than they were a decade ago.  In short, collecting is being transformed.

The essential difference then is the explosion in access beyond primary, to secondary, tertiary and granular material that is for the first time available en mass - opening unimagined study and collecting opportunities that turn even narrow subjects into 1,000 pieces jigsaw puzzles.

I have been on both sides of this divide having collected early material [before 1625] relating to Florida.  I collected in the 1990-2005 period and sold the 81 items I had collected in 2009 for on average of $37,000 a lot.  In 2010 I sold a much larger emerging America collection of more than 325 items for about $8,000 each.  Today I collect the history of the Hudson Valley in New York and buy both top of the line books, maps and ephemera but also boxes of obscure paper; receipts, letters, broadsides, photographs, Sanborn maps, and directories.  Much of this later material costs as little as a few dollars.  As to scale, I already have more than 5,000 items with no end in sight.

For the emerging collector then it’s possible to collect in the traditional way but it’s also useful to understand there are new ways.  Particularly for collectors with budgets there are many opportunities to acquire interesting material for a song.  Here are some examples.

For a collector on a $2,000 annual budget choose a narrow subject and develop your own bibliography.  Those who subscribe to the Rare Book Hub Transaction database can search one or more terms to see a very complete picture of all related transaction records over the past 100 years.  Here are some examples:

For Hudson River collecting here are some estimates of items per year and cost to obtain.  These numbers are by purchase venue and subject:

Local Railroad material. 2-3 items per year.  Values are all over the place

Munsell Imprints.  8 unduplicated imprints each year.  About $40 each

Virtually every subject has a history.  From such searches you can develop a scale of the possibilities.  Then look around the web for available prices and compare these examples to those that have sold.  You’ll see patterns in the pricing.

As to a $5,000 budget it’s simply a matter of how fine the mesh of your searches are.  I can assure you there will always be more material to buy than you have the budget to pay for.  And I can also assure you that within a year you’ll be grading your purchases both for quality and value.  Taken altogether, spending less at the outset will yield significant dividends in time.  It simply takes time to feel the market.

Whatever the budget the pursuit will be worthwhile.  We are living in a golden era.  Great collectors, long gone and peeking down from heaven’s balustrades are no doubt wondering about our amazing luck and wishing they could come back.