One of a Kind Collectibles Auctions Features Amazing Rare Autographs, Manuscripts, and Sports 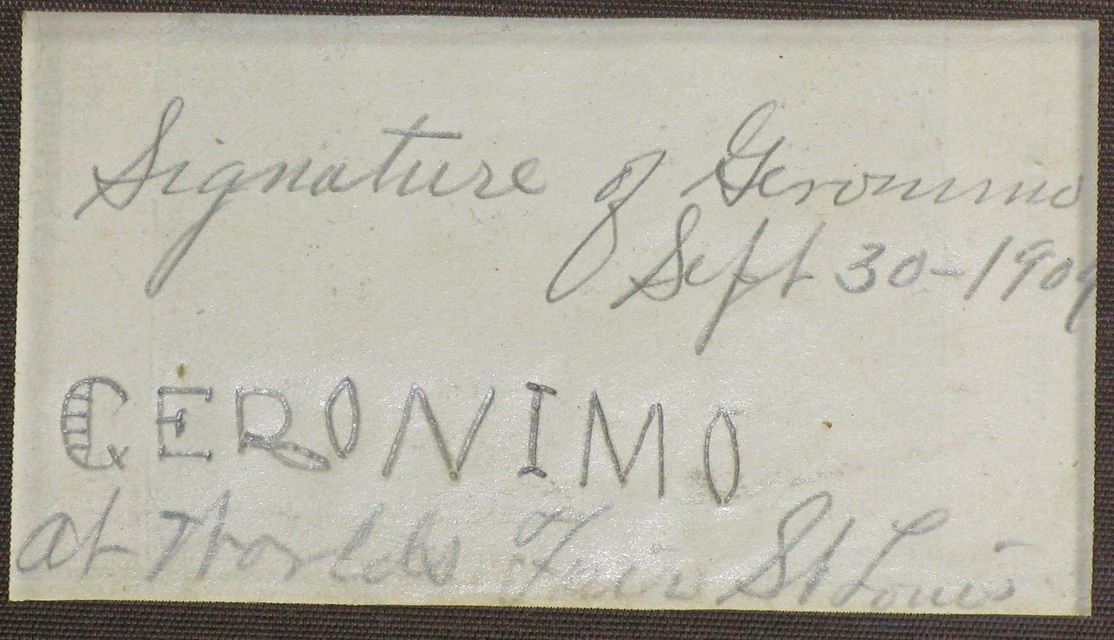 One of a Kind Collectibles Auctions has an online auction this month that is filled with amazing rare autographs, manuscripts and sports. Bidding has already opened and will be accepted through November 19. These are the sorts of things you wonder where they came up with these items, if not wonder that they exist at all. Rare if not unique are the watchwords, and these items are fascinating.

What is particularly enticing about One of a Kind auctions is that starting bids are so low. There are no high reserves here. That doesn't mean that you will win what you want for an absurdly low price, but you might, and if not, it will be at a price others are willing to pay, not some predetermined level beyond what the market thinks it is worth. Auctions where everything is priced to sell are hard to pass up. And, One of a Kind makes it easy to find what you want by providing a subject index alongside the listings.

In this auction, three types of personalities stand out. There are political leaders, many of whom were U.S. Presidents. There are other people who became celebrities, particularly in the field of arts and entertainment. Finally, there are sports legends, particularly baseball players. Here is a look at a few of the lots we found particularly intriguing, but with over 200 items, there is far more to be found.

No one should expect politicians to keep their word. So we should not be surprised by this 1957 letter from Senator Lyndon Johnson to a newspaper columnist claiming, "I have no intention of conducting any campaign for the presidency – now or in the future." Evidently, the future lasted only three years, maximum. Starting bid $100. LBJ's predecessor, John F. Kennedy, wrote a thoughtful letter to sociologist/scientist Lewis Mumford a few months after taking office. JFK was pleased to receive Mumford's book about cities. $100 start.

There is a signature and lock of hair from a different American leader. He was not a president, but a chief. Geronimo led his band of Apaches against Mexicans and Americans, but eventually was forced to surrender to the latter. He was taken from his homeland to prison in 1886, never allowed to return, though later he went on tours, a celebrity among Americans. He even rode in President Theodore Roosevelt's inaugural parade. His signature, accompanied by a lock of his hair, was written on September 30, 1904, when the old Indian appeared at the St. Louis World's Fair. $1,000 start.

This photograph brings back one of the greatest performances in sports history, a feat that can never be topped. It shows Yankee pitcher Don Larsen throwing a pitch. It was the 97th and final pitch of game five of the 1956 World Series. On it, Brooklyn batter Dale Mitchell struck out, completing the one and only perfect game in World Series history. If I'm not mistaken, that's legendary future Yankee manager Billy Martin, playing second base, behind Larsen. Larsen has signed the photograph. $100 start. Also offered is a photograph of Yankee catcher Yogi Berra jumping into Larsen's arms shortly after that pitch ended the game. Both Larsen and Berra have signed the picture. $100 start.

There is a collection of material pertaining to Charles Guiteau, famous, or infamous, as the assassin of President James Garfield. There is a letter written to the Congressional Librarian, seeking a copyright for a book he was writing. The title was to be The Life and Theology of Charles Guiteau Prepared by Himself, with installments first published by the New York Herald. Guiteau thought be would become a celebrity (true), and that people would be interested in his thoughts (false). The Herald did print some of his writings, though it does not appear a book was ever published. Guiteau thought all would go well for him after his fatal act, misreading public anger and the legal reaction. Instead, he was executed. There are also four photographs of Guiteau, and amazingly, a document attesting to his conviction signed by all 12 jurors. Separately, there is a page of images of those jurors from Frank Leslies Illustrated Newspaper. $500 start.

There is also a relic from an even more notable assassination, that of Abraham Lincoln. It is a .75" x .75" piece of linen snipped from Lincoln's death bed. It is stained with blood. It includes a 1961 letter explaining its provenance. It came from Charles Tuckerman, America's first Minister to Greece, who was in Washington at the time of Lincoln's assassination. $200 start.

If any television series has ever topped the humor The Honeymooners, I've missed it. It played but one season – 1955-1956, though specials featuring the characters aired occasionally for another two decades. It starred Jackie Gleason as bus driver Ralph Kramden. Co-stars were Audrey Meadows as Alice, his wife, Art Carney as sewer worker Ed Norton, and Joyce Randolph as Ed's wife Trixie. Offered is a photograph of the four sticking their heads out the window of Ralph's bus, Gleason in the driver's seat. This photograph is signed by Meadows, Carney, and Randolph. A second photograph, from a 1970's version, shows Ralph with an astonished look on his face, as he looks at a copy of "Plaything" magazine. Norton looks on. This photo has been inscribed by Gleason. $100 start.

The entire auction can be viewed at this link: oakauctions-com.si-sv2521.com/catalog.aspx