To Kill A Legacy – No Third Novel Yet for Harper Lee 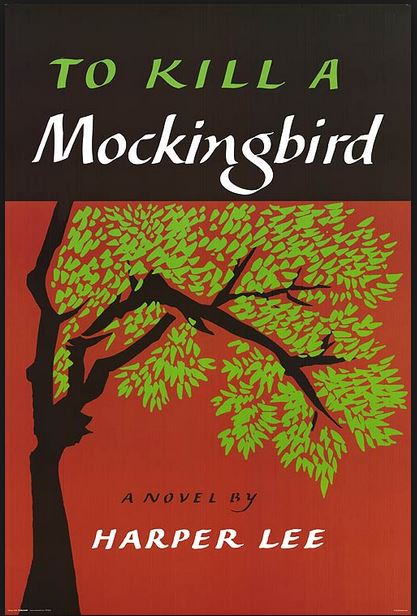 No comparables have been found.

There will not be a third Harper Lee novel published, at least not yet. So was the news from an expert called in to examine some old typescripts found with Ms. Lee's second novel, Go Set A Watchman, in a safe deposit box. It is hard to know whether to feel sad or relief about this turn of events. The circumstances behind the "discovery" and publishing of Watchman, 55 years after the release of Lee's first novel, To Kill A Mockingbird, arouses too much unease already.

This doesn't mean there won't be another. Documents in the paperwork of Ms. Lee's once agents, now held by Columbia University, refer to an early novel called The Long Goodbye, and she worked for a long time on a nonfiction piece, tentatively called The Reverend, about a preacher suspected of killing four relatives and collecting the insurance. Finally, when a fifth relative, a step-daughter, was found dead, her uncle shot and killed the "Reverend."

The safe deposit box which contained the long buried typescript for Go Set A Watchman contained two other documents. One was obviously an early typescript for To Kill A Mockingbird. The other was a jumble of pages not clear as to what they were. Lee's attorney, Tonja Carter, called in an expert, James S. Jaffe, to evaluate the remaining item and tell us what it is. He has now revealed the answer. It is a much earlier draft of To Kill A Mockingbird. Much was changed, starting with the opening. Rather than the first sentence being about Jem's broken elbow, it began, "Where did it begin for us? It began with Andrew Jackson." This early try was so different it's no wonder it took an expert to decipher what it was. It may never be published, but it will fascinate scholars seeking to unravel the mysteries of Harper Lee and her one great book.

Still, none of this makes us feel comfortable, and to understand, we need to go back to where it began for us. Harper Lee burst onto the scene with Mockingbird in 1960. The book was an immediate success, both with the public and the critics (how often does that happen?). Soon after, it became an even more successful movie, with Gregory Peck playing the part of Atticus Finch. The movie is still considered a classic. The book has never been out of print.

Harper Lee, on the other hand, disappeared from view. Not entirely, not like Howard Hughes. She could be seen around her hometown of Monroeville, Alabama. She didn't have bodyguards to protect her from the public. She was not unfriendly. Ms. Lee just didn't give interviews, didn't talk about her writing. At what point she determined not to write any more, or why, is unclear. She withdrew from public life and lived like any other woman from small-town Alabama. There is nothing all that astonishing about her choice, but so many people who vicariously live the lives of celebrities have a hard time understanding how someone who could be a star would choose to live a normal life. Ms. Lee understood.

However, her choice to live a private life doesn't answer the question why she chose to never write another novel. Did she not have another story in her? In a rare interview, she once indicated she had said all she had to say. Some speculated that she had help from her childhood friend, Truman Capote, and could not write another without him (though no evidence of assistance on his part has ever been produced). This last theory reared its head up again when To Set A Watchman was published. I have not read it, but the reviews were miserable. It evidently doesn't come close to matching Mockingbird, and many wish it had never been published. So far, it has not enhanced Ms. Lee's legacy. Then again, it was written before, not after Mockingbird, even if it is a sequel, so Ms. Lee would not have had a chance to fine-tune her craft at that time.

Having produced no more novels for 55 years, and steadfastly avoiding publicity, the natural question is why now? Ms. Lee is now 89 years old and living in a nursing home, her hearing and eyesight said not to be good. And yet, her attorney, Ms. Carter, said Lee was excited about the publication of her second novel. After 55 years of burying it, now she is? It seems so unlike her. For years, Harper Lee's older sister, Alice, protected her from prying eyes. Watchman would have brought in a bundle of money years ago, as it did this summer, but Alice and Harper kept it buried. Alice protected her sister as long as she could, but last November, at the age of 103, she died. Within a few months, this very old novel was "discovered," publisher HarperCollins announced it would be published this summer, and Attorney Carter declared that Harper Lee had done a 180-degree about face in suddenly being so pleased about the release of this long buried novel and the attendant publicity.

Naturally, it led many to wonder if Harper Lee is being taken advantage of. HarperCollins' representatives said no, but also admitted they hadn't met with Ms. Lee themselves. The state sent someone to visit her in the nursing home, but did not take any further action. In 2013, she initiated a lawsuit over her signing away rights to Mockingbird in 2007, saying she was living in an assisted living center after suffering a stroke. She filed a lawsuit against a local museum last year for using her name and book title. It seems odd that a lady in her late 80's would be so litigious. An interviewer in 2011 said that Ms. Lee's memory was not so sharp, and friends have expressed similar concerns. A lot of money will be made from Watchman, but it is unclear if this will be of much benefit to the elderly and ailing author.

This latest episode leads me to another question. Why did they need an expert to evaluate what this writing was? Couldn't they have just asked Harper Lee? One would think that having written so few novels, that she would be able to save them the trouble of hiring an expert and just tell everyone what it was. At least that would seem logical if her memory is fully intact.

We wish good friends Truman Capote or Gregory Peck were still here to go talk with Ms. Lee and tell us whether she truly understands what is happening and is approving, even ecstatic, about it. After guarding her reputation so long, did she really want to put out a follow-up that has been regarded universally as far inferior? Maybe she does want to make one last splash, but maybe not. Certainly, Watchman and anything else she wrote should be preserved. It should be available for scholars studying her work, but should it should it have been published as a second novel, rather than a rough draft that eventually morphed into Mockingbird? Someone with no personal interest of their own should ask Ms. Lee.