Electronic Catalogues: their day has come 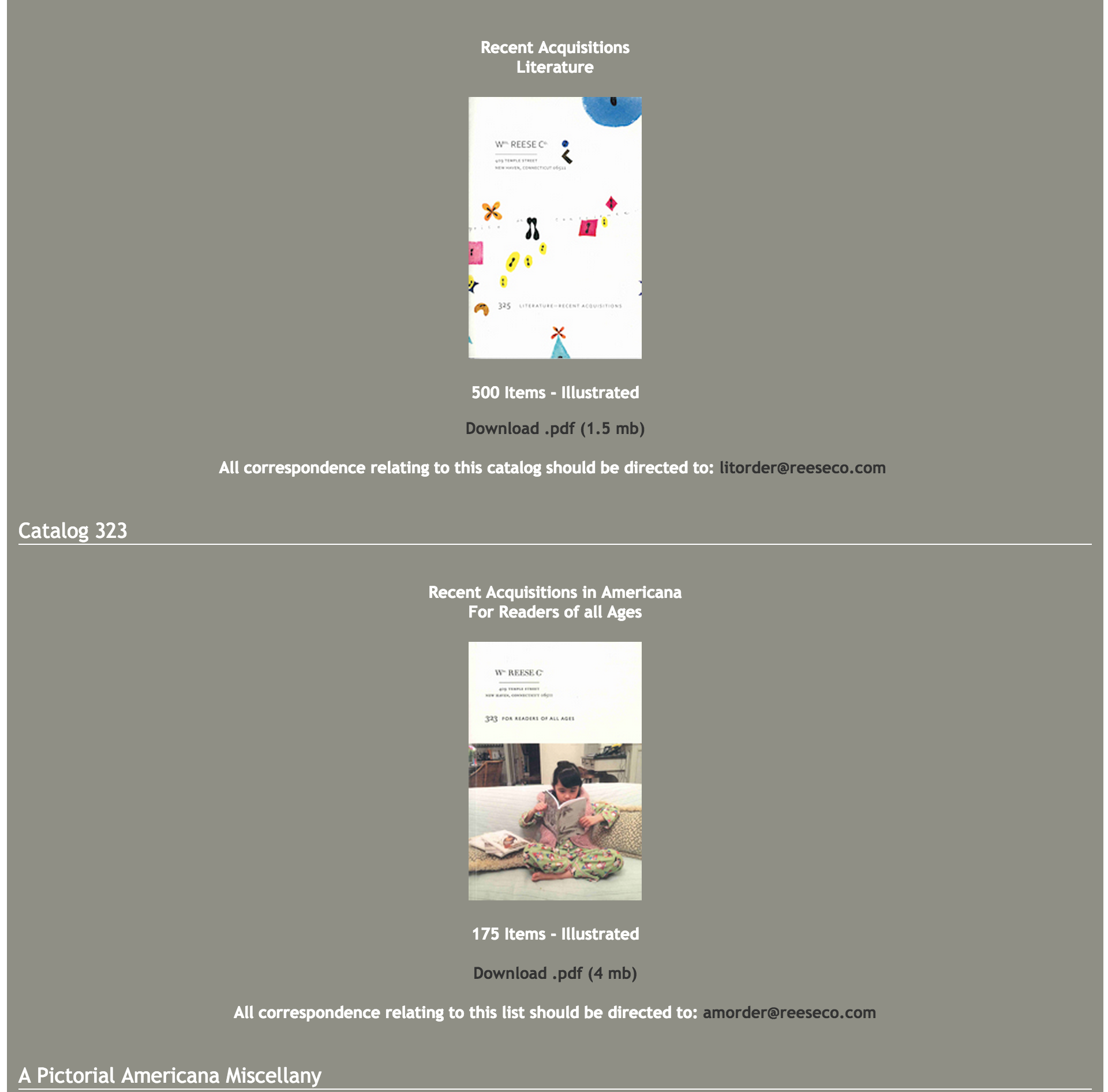 The wheels of progress turn slowly.  Over the long haul change can appear inevitable but nearer by seems much less conclusive.  Such are the changes in cataloging that have been transforming the rare book and paper field now for more than two decades.

There was a time, not so long ago, when cataloguing was rudimentary; the assumption that the reader could translate embedded clues into a full-fledged story.  Hence an enormously important item might once have warranted only a single page of small print in 1880 and an entire catalogue unto itself just recently.  Scale has long been a predictor of importance.

Cataloging is the bedrock of catalogue issuance and scale and more recently images the measure of implied value.  Flipping through an expertly prepared catalogue the reader could immediately divine some of the intellectual underpinnings and the preferences of the cataloguers.  For this reason great catalogues were events and for those preparing them:  achievements.  For this reason the greatest catalogues became collectible within the trade, the knowledgeable specialist surrounding themselves with the best thinking of the experts and the best writing in the category.  Those scholars and heroes might be long gone but their words and thinking still resonated with the modern day cataloguer who sought, not just the facts, but also a deeper understanding to be presented in the printed catalogue form.

But this is changing.

The paper catalogue appears to have had its day.  It has been more than 150 years since the book catalogue emerged as an important sales tool.  The most important was the bookshop but their reach was local.  With the coming of the penny post a shop could reach a regional audience and deliver efficiently.  This lead to an explosion in catalogues, the first ones rudimentary, the later examples increasingly complex.

The early part of the 20th century saw a rapid rise in scholarship that made it increasingly easy to understand importance and rarity.  In time libraries became the great collectors and there were thousands of them.  Private collectors also collected but acquisitive libraries would keep the market tight for some sixty years [1920-1980].

The field along the way shifted toward higher value material in a world dominated by specialists.  In retrospect it's obvious that the explosion in careful cataloguing provided increasing perspective on importance and rarity.  But this information was for years not easily accessible outside the trade.  One needed to know where to look and then to have access.  Neither was easy and so the field continued essentially unchanging even as greater and greater changes loomed.

CD-ROMS may have looked innocent but they were not.  They could hold a universe of information and discharge their facts efficiently in a few seconds.  They had their run but had the bad fortune to live in the narrow netherworld between the end of the traditional catalogue and the first of the online databases.  The online databases would soon explode and the specialized knowledge of the dealer be cast across the planet for the interested to extract and dissect.

Some twenty years later we can now see the outcome, that printed catalogues are disappearing, that scholarship is increasing, that the price/value construct that was once entirely the dealer’s province is now a database driven comparison/calculation of quality, importance, and number of copies known.

Integral to this process and a sign that the shift from old standards to new is well underway is the shift from printed to electronic catalogues.  They are quicker and much less expensive, easier to tailor, more elaborate in their design, and easier and less expensive to send.  The most telling indication is their numbers.  Until a few years ago paper versions continued to outnumber their electronic cousins.  Today electronic catalogues predominate and they are accelerating.

I asked Bill Reese about his experience.  He said that electronic catalogues have been steadily gaining and he’s now investing more time in them, an example of [his are linked here].  As Alexander Graham Bell said, “as one door closes another opens.”  Traditional catalogues are great fun but their best days are behind them.  And increasingly electronic catalogues are simply more effective.  So, as a collector, think about the world as it will be rather than how it was.  That’s where you are going to find the next generation of great material.