Twenty Years Ago, the Book World Was Turned Upside Down 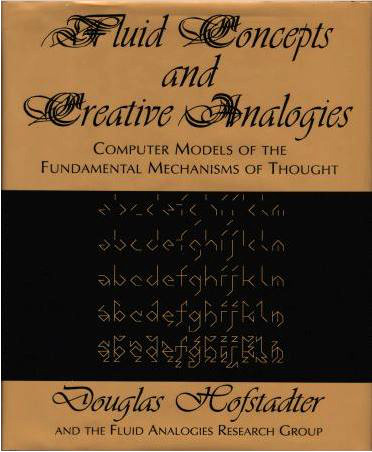 The most important book in the history of bookselling?

It's been just 20 years. On July 16, 1995, a buyer purchased a copy of the ever-popular Fluid Concepts and Creative Analogies: Computer Models of the Fundamental Mechanisms of Thought. The book was written by Douglas Hofstadter and other members of the Fluid Analogies Research Group. The book world would never be the same.

Fluid Technologies was the first book ever to be purchased from Amazon.com. Amazon had been founded by Jeff Bezos the prior year to take advantage of the young, new medium, the internet, or the worldwide web as it was more often called in the day. Prior to then, people used to buy their books in places called "bookstores." Okay, people still do, but not nearly as much as they did in 1995. Bezos had seen projections of growth in internet use for the years ahead and decided that was where he wanted to be.

Bezos was not a bookman. He came from Wall Street. Bezos chose to sell on the internet before he chose to sell books. He believed books to be a logical product, as worldwide sales were enormous, and he could "stock" a greater inventory than could stores, since he could purchase them to fill orders he received.

Amazon was not an immediate threat to those in the antiquarian and rare book trade. Amazon sold new books. First to feel their wrath would be the new book sellers. The new book business had just gone through a painful revolution as mom & pop stores were replaced by chains such as Waldenbooks and B. Dalton, only in turn to be beaten down by the larger, social meeting-place chains such as Barnes & Noble and Borders. Now they would soon find themselves fighting for their lives as well.

Amazon took off. It was part of the business plan. Rather than focusing on making a profit quickly, Bezos focused on becoming big. He realized others could follow his business model, so he concluded the only way to succeed was to quickly become the biggest, making it hard for others to successfully enter the field. Amazon would be the Wal-Mart of the book world. And so it became, but by then, Amazon had expanded to become the Wal-Mart of all internet commerce. They sell just about everything now, books being just a small fraction of their business. Last year, they had 165,000 employees and made $89 billion in sales. This is no bookstore anymore.

While the collectible book category was not as much affected by Amazon, internet specialists in collectible books soon arose. Interloc, which preceded Amazon online, but only as a private, dealer-to-dealer network, opened to the public. They changed their name to Alibris. The Advanced Book Exchange, today known as AbeBooks, did the same. However, their business model was different. Rather than competing against existing booksellers as did Amazon, they sold books on behalf of existing dealers. In 2000, Amazon joined the used book fray offering a similar marketplace selling the inventory of existing dealers. In the early days, fees were small, and dealers reached all kinds of markets never before available to them from their shops in one town. The rare and antiquarian book trade experienced a renaissance. In time, fees rose, competition increased, and collectors, having finally found those long sought-after books, no longer bought quite so freely. It was fun while it lasted.

Today's bookselling world is vastly different from the one Amazon entered 20 years ago. The largest change came with new books. Of the aforementioned leaders 20 years ago, Waldenbooks, B. Dalton, and Borders are all gone. Barnes & Noble clings to life. For the sales of old books, be they collectible editions or merely reading copies, the independent sellers live on. Many have disappeared as they weren't able to adjust to the changing market. Internet sales necessitated that many Main Street shops would have to close. Some went out of business, others shifted to the internet, some retain storefronts but they are more warehouses for internet sales than vibrant retail locations. It is difficult to stock inventory for an Amazon-size seller of old books, particularly rare books for which there may be few copies available at any given time. The result is that the model of a selling site serving multiple smaller booksellers remains the internet model for collectible books, preserving a place for the traditional bookseller, even if they must sell in non-traditional ways. Today's challenges may have more to do with demand than supply. Finding the next generation of collectors may be more of a challenge than fending off an Amazon.