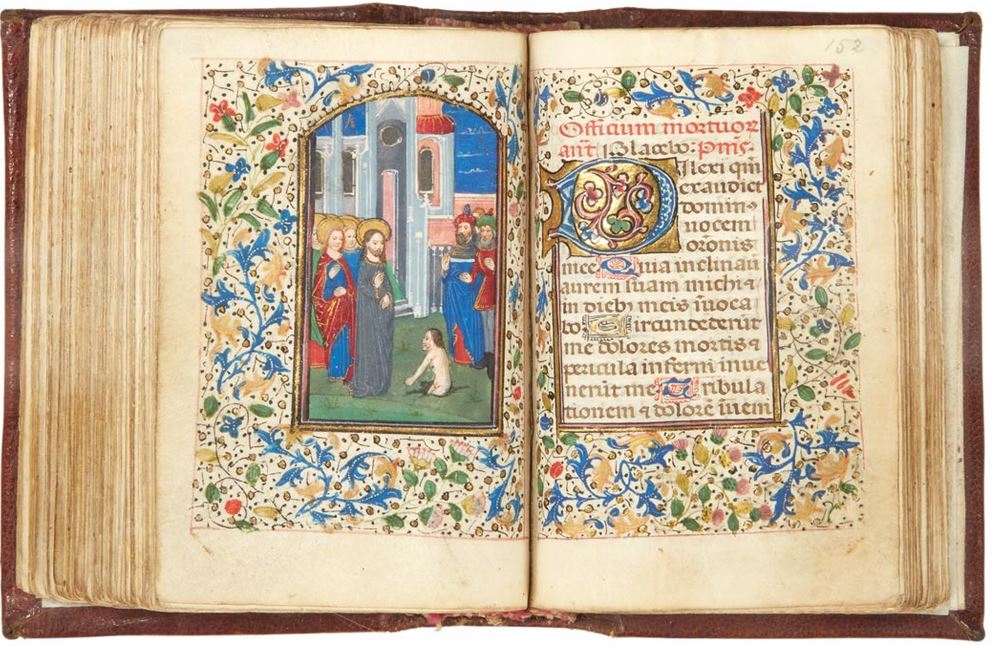 With spring officially here, auctions of rare printed material are back in full swing with a very full docket for the month of April. Collectors of all subjects will find interesting items available; it’s just a matter of perusing the many offerings! In this overview, we’ll look briefly at nine sales from Bonhams, Christie’s, Doyle New York, Sotheby’s, and Swann Auction Galleries.

First up on the list is Bonham’s April 13th sale of Fine Books and Manuscripts Including the Hidden Wartime Manuscript of Alan Turing taking place at their New York location. The headlining item, which is also the first lot of the sale, must be discussed. Being a unique autograph manuscript notebook of one of the greatest minds of the 20th century, this is the first time a manuscript by Alan Turing has ever come to auction. For those interested, Bonham’s in-depth lot description will provide much more information in a coherent manner than I ever could. An estimate is not provided publicly on their website but may be obtained by contacting Bonhams directly.

Continuing alphabetically by auction house brings us to Christie’s, which is offering three sales of works on paper spread out over New York, London, and Paris. Both London, on April 22nd, and New York, on April 23rd, have sales of Prints and Multiples which do not have catalogues available online. Paris’ sale of Livres & Manuscripts will take place on April 27th and contains 201 lots. Lot 26, Vincenzo Coronelli’s Isolario descrittione geografico-historica…, a two-volume set featuring 352 engravings and maps tops the sale’s estimates with a listing of €100,000-150,000.

Sotheby’s two sales with items applicable to Rare Book Hub’s subject focus for April bookend the month. On April 1st, Photographs in New York will offer 188 lots of material spanning the 19th century, to Modernism, to Post-War work. And on the 30th, Travel, Atlases, Maps & Natural History wraps up the month. An usual inclusion in the sale is what Sotheby’s calls “probably the best collection of English county histories dating from the eighteenth and nineteenth centuries ever to appear at auction.”

Last but not least, Swann Auction Galleries is hosting two sales of note in April. On April 9th, Early Printed, Medical, Scientific & Travel Books, containing a great deal of incunabula and other early material, will take place. A single leaf from a paper copy of the 42-line Bible is available as lot 80 for an estimated $40,000-50,000. And on the 14th, Printed & Manuscript Americana wraps up the month for Swann. A wide variety of material, including exploration, the American Revolution, and religious texts are available.