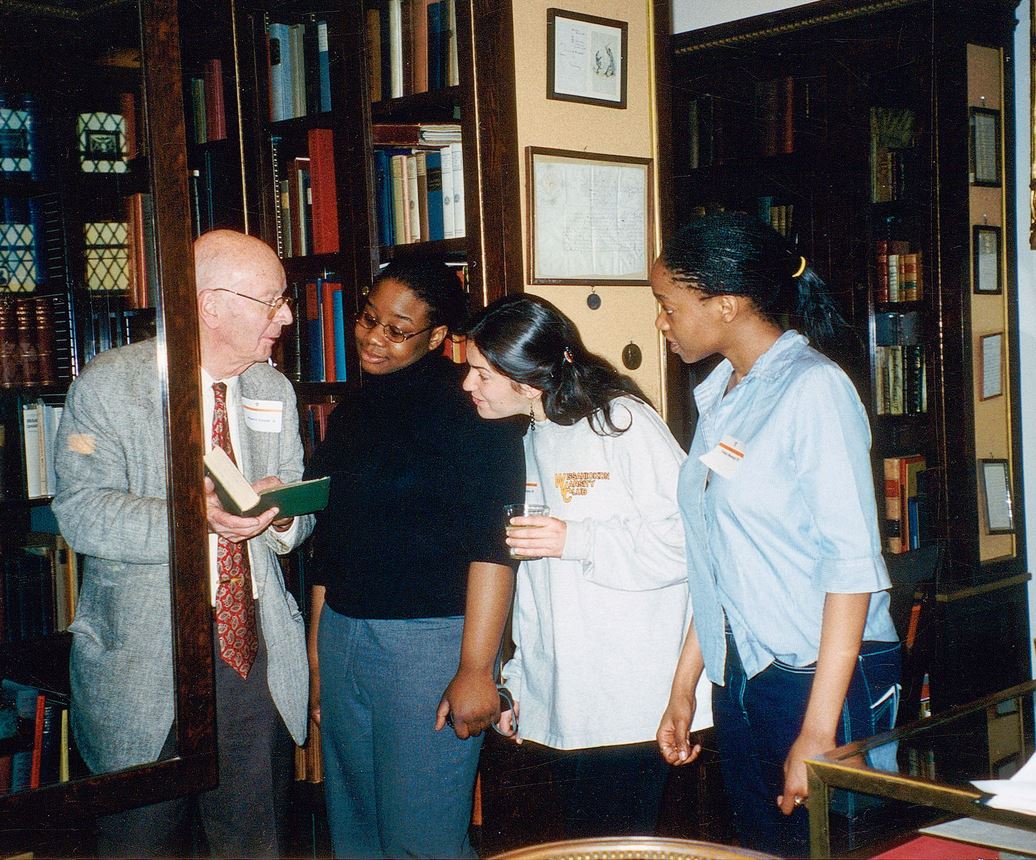 Princeton University has received its largest gift ever, and it comes in the form of books and manuscripts. The gift has been appraised at approximately $300 million, and as you look at what is in it, you wonder if that is an underestimate. This certainly has to have been the greatest private collection since the days of collectors like J. Pierpont Morgan. It truly is that spectacular.

The donor was William Scheide, a 1936 Princeton graduate who died last November at the age of 100. A more loyal alumnus no university could hope to have. William Scheide's affection for Princeton rivaled his love of books, and now his collection will remain with his university in perpetuity.

Book collecting began in the family with William Scheide's grandfather. William Taylor Scheide began his collection in 1865 at the age of 18. In the ensuing years, the senior Mr. Scheide did more than collect books. He became involved in the oil business, a close associate and pipeline manager for John D. Rockefeller's Standard Oil. He made a lot of money. This inheritance, along with his book collection, was passed down to his son John, an 1896 Princeton graduate and also an oil executive, and finally to the most recent William Scheide. With the great wealth he inherited, Mr. Scheide decided to devote most of his life to philanthropy. He had other causes. He promoted classical music and education, and was deeply involved in the Civil Rights movement, helping to fund the Brown vs. Board of Education lawsuit that desegregated the nation's schools. He provided scholarships to Princeton, always concerned about those who had so few of the advantages he had been given. His concerns for those underprivileged never faded despite his greatly advanced years. Still, Princeton University must have been the cause closest to his heart. This gift reflects that love.

With the family collection as a head start, William Scheide began adding to it in 1954. He was already living in Princeton, but the collection remained at the family home in Titusville until his mother died. At that time, Mr. Scheide made an usual decision. He moved his collection to the Firestone Library at Princeton, University. He even built a special wing to house his collection. However, it remained his collection, being a unique case of a private library being housed at a university.

The collection grew under William Scheide's leadership until it reached a level that may well be impossible for any private collector to reach again, so few of the greatest books still being available outside of institutional settings. For one, Mr. Scheide owned a copy of the first book ever printed, a Gutenberg Bible. It is hard to imagine one of those becoming available again. In fact, Mr. Scheide owned copies of the first six Bibles ever printed. We do not know whether anyone else ever owned all of these. Only two other collectors have ever possessed the first four – King George III, America's last colonial ruler, and the Second Earl of Spencer, who lived during the early 19th century. Mr. Scheide did not complete this quartet until he reached the age of 88.

If four is a charm. Mr. Scheide also owned all of the first four Shakespeare Folios. The first was printed in 1623, seven years after the playwright died. Half of his plays have survived only because a few of his friends gathered them up and printed them in this edition. The other three editions were published at various times later in the 17th century.

This just touches the surface of what is in the collection of 2,500 books and manuscripts. It includes an original printing of the Declaration of Independence, and a 14th century Magna Carta. There is a copy of the rare “Journal” which first mentioned George Washington in 1754. There is a copy of Paul Revere's Bloody Massacre engraving from 1770, and the Lexington Alarm, the first reporting of the Battle of Lexington.

Later American history is represented by pieces like a long autograph speech concerning slavery given by Abraham Lincoln in 1856. An original letter from Gen. Ulysses Grant recounts the end of the Civil War.

From the earliest American history and the field of travel, we find a 1493 Columbus Letter and one from Vespucci. There are numerous examples of early printing from the colony in Massachusetts. Along with his magnificent Bibles, Mr. Scheide had an ornate copy of the Quran from around 1700.

William Scheide deeply enjoyed classical music, and his collection reflected that sentiment. He spearheaded the opening of a music department at Princeton over half a century ago. There is Beethoven's music sketchbook in his own hand from around 1815. There are also autograph music manuscripts from Mozart, Schubert, Wagner, and Mr. Scheide's favorite, Bach. Other important works include a first edition of Darwin's On the Origin of Species (pictured above) and Milton's Paradise Lost.

For a long time, Mr. Scheide was coy about what would happen to his collection after he died. Certainly, the expectations were that it would go to Princeton, his having built a structure to house it at the university library and allowing students to have access to it, but he still refused to say. About a decade ago, he finally did announce his intentions. Nothing is final until the final wishes are read, but it would have been a shock had he left the collection to anyone else. Princeton has long been its home, and in a way, his home. It is where the collection belongs.