Is This Writer's Archive Too Valuable to Mention Its Price? 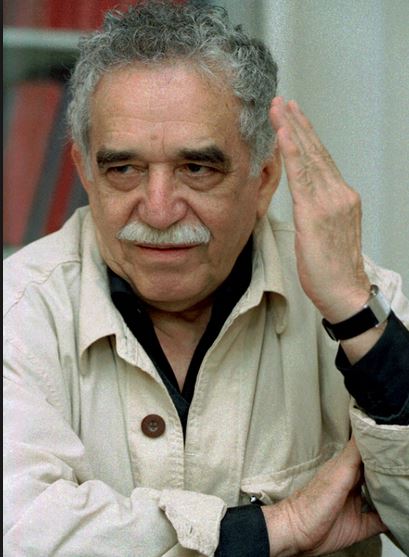 Has the value of archives of notable writers become so great that buyers no longer dare speak their cost, for fear of driving up future prices to even more outrageous levels? It would seem so, at least that is the fear at the University of Texas' library. Library officials have petitioned the state to keep the price of a recently purchased writer's archive secret from public records scrutiny for precisely that reason.

A few weeks ago, the Harry Ransom Center of the University of Texas announced that it had acquired the archives of Latin American writer Gabriel Garcia Marquez. Marquez, born in Columbia, but spending most of his career in Mexico, is without question one of the greatest Latin writers of the twentieth century. His most well known work is One Hundred Years of Solitude, the tracking of a family through generations covering 100 years, but there are several other important works to his name. Marquez certainly had his misgivings about the United States, as do many from that side of the border who have not always appreciated American involvement in their nations' affairs. Nonetheless, when it came time for Marquez' family to find a repository for Marquez' work, letters, manuscripts, drafts, reams of material from a lifetime, they chose the University of Texas.

Perhaps the choice is not so surprising. Maybe it was a simple financial choice by the family. The University of Texas' secretiveness over the price does not imply they got a bargain. However, there may have been more than just Yankee dollars in mind when the Marquez family made its choice. The Ransom Center already holds archives of major writers, such as Eliot, Hemingway, Shaw, Steinbeck, and Argentine writer Jorge Luis Borges. The critical factor here may have been care and security rather than money. The United States is more stable than most of its neighbors, and few Latin libraries may be in as secure a position to guarantee the long term preservation of these papers like the University of Texas. Preservation has to have been a critical element in the Marquez family decision, and it is doubtful they could have made a more secure one, especially in a location so close to, or with so much shared history with Mexico.

A couple of weeks later, the AP put in a public records request to learn the price the university had paid for the archive. Officials were no longer so talkative. They have asked the Texas Attorney General for an exemption from publicly releasing the purchase price. The university's explanation was that revealing the price would drive up the cost of future archives. A university spokesman was quoted as saying, “Sellers routinely look for a precedent-setting price so they can set increasingly higher prices that hurt the university, and hurt the taxpayers who help fund the university.”

The logic seems a bit strange to us. It almost sounds as if they believe they overpaid. Clearly, this archive was not cheap. Past purchases would imply the cost was in seven figures, though how far into them I would not care to speculate. Transparency works both ways, as likely to hold prices down as move them up, unless their belief is that they overpaid. Whatever the University of Texas paid for this archive, the next one will be priced according to the market at that time, and barring other considerations will go to the highest bidder, be it relatively higher or lower than what UT paid for the Marquez archive.

Perhaps there is another consideration here, that Texans may understand. A few blocks down the street from the University of Texas is the Texas state legislature. Not all of its members are terribly enlightened. Almost assuredly, some have no clue who Gabriel Garcia Marquez was, but they do know what a million dollars is, and they won't like the government spending taxpayer dollars on the archive of some writer who wasn't even a Texan. This might even make for good politics. The University of Texas, and undoubtedly universities in other states, sometimes have to tread lightly on their legislatures if they are to carry out their mission of education and enlightenment. If I were running the Ransom library, I would be more concerned about the legislature than the next archive seller.