Book Selling: Some Highs and Lows of 2014 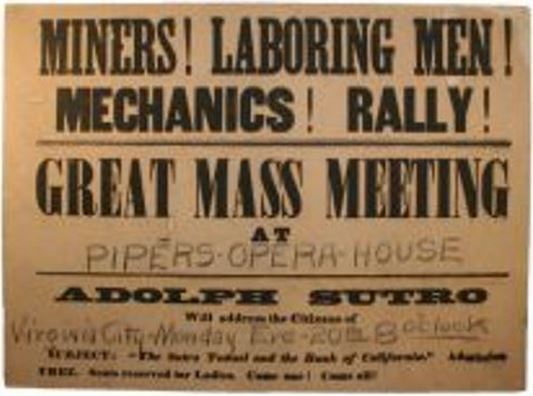 There is some strong anecdotal evidence that for some people in the antiquarian book trade 2014 was a good year.

For Bruce McKinney, 68, Americana Exchange publisher in San Francisco, this was the year AE turned the corner and is operating in the black. In his view dealers have increasingly come to appreciate that the AE database containing millions of past and present book auction records is the most complete and reliable form of price information available. “They have come to rely on it,” he said, much the same way the multiple listing service helps to establish comparables in real estate.

Some of the trends named by McKinney for 2014 included collecting within “a narrowing focus and searching for increasingly personally relevant items,” and at the same time an emerging younger contingent of collectors with significantly different tastes and methods than older than their more established counterparts. As for dealers, many he feared are “locked into choices they made decades ago and are now in a market that is rapidly changing.”

In 2014 McKinney followed the auctions, especially those at the high end. A stand out for him was the November 24th sale at Doyle’s of the rare books collection of New York City Bar Association. The pre-sale estimate for the event ranged from $665,000 to just over $1 million. The sale far exceeded the estimates and realized $2.3 million with all 325 lots sold.

McKinney singled out veteran book dealer William Reese as the man who saw the value of “content over condition.” According to McKinney, Reese spent $1.4 million to purchase the majority of the lots. Some of it, McKinney said, was last seen at market 100 years ago.”

AE editor Mike Stillman, 68, of Corpus Christi, Texas said that this year he saw fewer catalogs come across his desk than in prior years.

But for at least one book seller, the traditional combination of catalogs, institutional sales and personal client contact continued to play an important role in growing her business. This was the case for Elizabeth Svendsen, 45, of Walkabout Books (ABAA). She named the Las Vegas meeting this year of the Rare Books and Manuscript Section of the American Library Association as a high point of her year.

“I brought lots of cards and I met lots of people,” she said. You don’t need to actually know the special collections librarians to quote to them, but I’ve found it never hurts to put a face to the name. It helps if they know you.” As for her financial situation: “After ten years it finally kicked into a higher gear.”

Svendsen like McKinney sees the market shifting away from books to more specialized materials: “It has to be unusual, manuscript, ephemera, something you don’t see every day, something you are pretty sure they won’t have or soon see again.”

Asked to recommend something in that category from her own stock she suggested an 1865 Nevada City, Nevada broadside from the Walkabout Americana Catalog 3, item #50. The California based antiquarian said her own best buys this year were also in the Americana field, especially an estate from Kentucky.

Farther down the food chain, your own correspondent, 71, continued to do business on-line from Wailuku, Maui. The highlight of my year was finding one of the earliest printings of the Cherokee alphabet in an early 19th century missionary publication. Not only did finding the item give me chicken skin, locating an immediate buyer for the volume and knowing it was going back to the Cherokee Nation’s own collection made the sale even more memorable.

Nineteenth century Cherokee history in many ways runs parallel (at least from the point of view of the missionaries) to Hawaii history of the same era, so not only did I have the good sale I also got to read all the Hawaii related parts before I packed it up and shipped it off to Oklahoma. It’s moments like that - when the right book finds the right buyer at the right price - that continue to make book selling such and interesting (and occasionally worthwhile) occupation.

But bookselling isn’t all books. This year I sold a ton of ephemera, everything from maps, prints and magazines to posters, ads and articles, with a few postcards, buttons, toys and related chazerai thrown in. If it fit in a flat rate priority mail envelope or box it departed Hawaii mostly for the US Mainland but also to Europe, Asia and Canada. I had no duplicates, I never sold the same thing twice, almost everything that sold was pre-ISBN and late 19th century American books still seem interesting and undervalued. My selling prices ranged from $9.99 to just shy of $1,500 with the majority of items under $100.

Back on the Mainland 2014 was the year Joyce Godsey reported her “best year ever.” Godsey, 52, best known as a vendor of specialized erasers and other small tools of the book trade, ditched Massachusetts for Portland, Maine where she bought a small house and changed the name of her site to BookRepairSupply.com. “I have a house, a truck and I’m debt free to boot. I feel like I’ve reached a kind of a plateau. Unless I work at messing it up I should be OK.”

For this writer the low points were more about the more cosmic developments in on-line selling and publishing than day to day business life.

Notable and negative were continued exploitation of workers at Amazon, this along with a variety of other dubious practices made the big “AZ” a leading boogey man for more traditional vendors.

Others viewed the rise of e-Books and e-Book readers as a sign that traditional publishing was becoming more watered down than ever. Though as the recession eased and some independent stores flourished, the more likely scenario was the continued disappearance of actual physical bookstores and all that that implies. Book stores, newspapers, magazines, and print in all its iterations continued to decline as things digital became more ubiquitous than ever.

Just to keep things in perspective just check the end of the story for link to the top one hundred titles on Amazon in 2014.

Other depressing news came in December with the announcement from the UK that the first novel by Zoe Sugg aka “Zoella” was the biggest-selling debut ever. Zoella (billed as a YouTube sensation with 2.6 million Twitter followers) is the author of Girl Online, the fastest-selling book of 2014 with over 78,000 copies sold in its first week.

While those of us who are still in the antiquarian book trade know the amount of work it entails, there are others who make it seem like a glamorous occupation.

Wrote one tout for on-line book selling instruction: “Take charge of your financial future by making money online selling used books with your own Internet bookselling business, and earn $500 - $5,000 per month in your spare time.

“Thousands of ordinary people are earning a living selling used books on-line every month as Internet booksellers. You can too!

“Imagine not having to struggle to pay your bills each month. Imagine having enough money to live the kind of life you were meant to have.”

Yes, imagine if only it was so easy. Wishing you all a happy and prosperous 2015 and hope you are living the kind of life you were meant to have.

Video from inside an Amazon distribution center – “Certainly No Traditional Bookshop” – click on link scroll down in story about half way for the video.

Abe 50 Most Expensive Sales of 2014   www.abebooks.com/rare-books/most-expensive-sales/year-2014.shtml