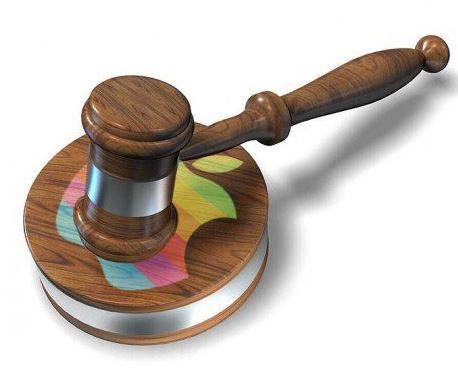 U.S. District Court Judge Denise Cote has accepted a strange settlement in the Apple e-book price fixing case, though it was obvious she didn't much like it. Evidently, the winning party in her court, the purchasers of e-books a few years back, had to convince her the settlement was actually in their best interest.

The case arose out of a Justice Department claim that Apple and five book publishers had conspired to raise the price of e-books. Amazon was charging too little to suit their taste (see this article concerning a related agreement recently reached between Amazon and publisher Hachette). The government argued Apple orchestrated a conspiracy with the publishers, Apple argued all they had done was legitimately negotiate deals individually with each publisher. Unless Apple CEO Tim Cook is a good bluffer, he does not believe Apple did anything wrong. Judge Cote believes otherwise. It was not even close in her mind, and if she had had a physical book to throw at Apple's executives, she undoubtedly would have done so. She thought it was a blatant case of price fixing.

Apple appealed her decision to the next higher level of courts, the U.S. Appeals Court. That appeal is still under consideration. However, with the final decision still up in the air, Apple and those allegedly harmed, the e-book buyers who were said to have overpaid, reached a settlement. How is that possible if the case is still proceeding in the courts? The answer is that it is a tentative settlement. The terms of the settlement vary greatly depending on the outcome of the appeal. It provides that if the Appeals Court upholds Judge Cote's verdict, Apple must pay $450 million - $400 million to the e-book buyers, $50 million to their lawyers. If the Appeals Court neither upholds nor overturns Judge Cote's decision, for example, they send it back for retrial, Apple must pay only $70 million - $50 million to the e-book buyers, $20 million to their lawyers. Finally, if the Appeals Court overturns Judge Cote's verdict, Apple doesn't have to pay anyone a dime (except, of course, their own lawyers, who have undoubtedly collected many millions of dollars by now).

Judge Cote expressed reservations about the settlement, even while accepting it. She found it unusual, and the $70 million settlement if a retrial is ordered likely means no retrial would even be held, and the amount of damages is relatively small. The publishers earlier agreed to give e-book buyers $166 million without ever going to trial. In fairness to them, the financial risk of a loss at trial is greater than they may be able to afford. They agreed to pay a lot because a loss at trial might break them. In Apple's case, the settlement is pocket change for a company with $150 billion in the bank. Judge Cote said that she understood why the book buyers consented considering the time the case has taken and Apple's willingness to pursue the case, though it appears to us she believes Apple should be paying more.

The $450 million settlement would provide the average e-book buyer hurt by the pricing with a little over $17. Those who bought more than the average number of e-books would get more, those with fewer less. If the case is remanded for retrial, the average will be only $2. What is the cost to Apple's owners, its shareholders? There are 5.865 billion shares of Apple stock outstanding, so that comes to about 7 ½ cents per share. Apple's share price recently rose above $115 for the first time a few days ago, so that amount is well under one-tenth of one percent. The price of their stock regularly goes up or down more than that amount on a single trade. In other words, whatever the Appeals Court decides is essentially meaningless to Apple. To Apple, however, this is a matter of principle. They believe they did no wrong, and they have used their financial clout to prove their point. We will see.

The Appeals Court is now scheduled to hear Apple's appeal on December 15.