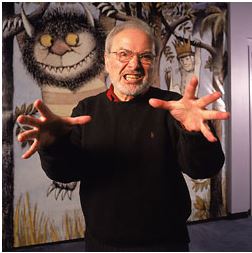 The estate of the great children's book author and illustrator Maurice Sendak has turned into a battleground between competing entities. Perhaps no one is more to blame than Mr. Sendak himself. Sendak, who died in 2012 at the age of 83, left the bulk of his estate to two entities, the Maurice Sendak Foundation and the Rosenbach Museum. He envisioned the two would work together. Indeed, his will calls for cooperation. Sadly, that has not occurred. While Mr. Sendak evidently believed his will provided sufficient specificity to distribute his assets as he wished, even the slightest vagueness can lead to disputes when so much of value is at stake. Lawyers will tell you to anticipate disputes, even within loving families, when valuables are on the line. So has it happened with the assets of Maurice Sendak.

Maurice Sendak, who lived in Ridgefield, Connecticut, had a longstanding relationship with the Rosenbach Museum in Philadelphia. The Rosenbach was created by the will of the great 20th century bookseller A. S. W. Rosenbach and his brother Philip. Early in his career, Sendak was a regular visitor to the museum and library, and he placed much of his original material and artwork with them at a time when it is unlikely most institutions would have much appreciated it. Over the years, the Rosenbach has held over 70 exhibitions of Sendak's material.

However, Sendak never gave his material to the Rosenbach. Undoubtedly, the museum hoped he would, but that was not to be. The great majority he willed to the Maurice Sendak Foundation. Still, Sendak did leave a large bequest to the Rosenbach. Along with a couple of million dollars, he willed them his rare book collection. This was no small gift as Sendak developed a very valuable collection.

The Rosenbach has already boxed and shipped much of the material to the Sendak Foundation. The Foundation, in turn, has sent some of the rare books to the Rosenbach. However, the Rosenbach maintains that the foundation is holding onto at least half of their bequest. Now, with the Sendak estate planning to send some of his belongings to Christie's for a sale on January 21, the Rosenbach has filed a lawsuit to retrieve the remainder of what they believe is theirs. The estate maintains that none of the items the Rosenbach claims belongs to them are being sent to auction, but the museum is wary. It demands a full accounting from the estate, and wishes to compel the foundation to consult with them on the continued display of items at the Rosenbach.

The Philadelphia Inquirer reported some of the details from the lawsuit. It sounds like the dispute may be waged on the meaning of words in the will, in particular, “rare books.” According to the Rosenbach's suit, the trustees have held back certain very valuable Peter Rabbit books by Beatrix Potter on the grounds they are “children's books” rather than “rare books.” That seems an odd distinction since those terms are not mutually exclusive. Perhaps the foundation believes that Sendak wished the new Ridgefield museum to be a center for children's books, rather than just Sendak's material. However, the Rosenbach says this would not be Sendak's intention as the author did not believe a distinction between children's and adult books was valid.

Again, according to the Rosenbach's suit, the estate has held back a couple of works by William Blake as not being “books” as one lacks a binding, and the other has pages that do not correspond to those of another copy of the book. Neither of these strikes us, with some experience in the antiquarian field, as legitimate reasons not to call these “books” or “rare books,” but these claims are taken from the Rosenbach's lawsuit. Perhaps the Sendak Foundation, or the executors of the estate (who partially overlap), would explain their reasons for withholding the items differently.

There are a couple of lessons to be learned here. One is that if you own items of value, you need to be very specific in your bequests. List them all. The second lesson is that no matter how specific, detailed, and thorough you are, your beneficiaries will find things to fight over and sue each other for anyway. Money doesn't always bring out the best in us.