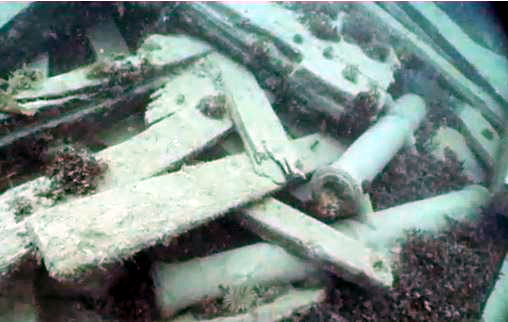 There are few subjects of greater popularity among book collectors than travel and exploration. Perhaps the dawning of the Age of Discovery being contemporary with the invention of the printing press explains this connection. They fed on each other – each new discovery giving rise to more books, and the books increasing our curiosity for more discovery.

Early voyages occasionally were just to quench a thirst for knowledge, but generally they had a specific purpose. One such purpose, which drove generations of mariners to the extreme climates of the far north, was to find the illusive Northwest Passage. Prior to the Panama Canal, the only routes from Europe to Asia were below the southern tip of South America through the treacherous Strait of Magellan, or the even longer route around the African continent. The journeys were long, dangerous, and costly. Thousands of miles could be saved if only a route north of the North American continent could be found. Interestingly, there never appeared to be all that much doubt such a route existed, even though it would be far north and take ships through year-around ice floes. It always seemed to be just a matter of finding it. So, for centuries, expeditions were sent to the find the Passage, the one element all having in common being the failure to achieve that goal.

While searches for the Northwest Passage went on for centuries, the most intense period of exploration in the Arctic waters north of Canada took place in the middle of the 19th century. There was a reason. It had to do with unraveling the mystery of a lost expedition. While a general answer was finally discovered, much remains a mystery. The ships were never found. Never found, that is, until a few days ago. This is the next chapter in a story that fills most Arctic travel and exploration shelves. It is not the final chapter, but perhaps the beginning of the end.

This tale began in 1845 when Sir John Franklin was placed in charge of yet another expedition to find the Northwest Passage. He was given two ships well fitted for ice – the Erebus and the Terror. Both had made polar voyages before. Franklin had an experienced crew, and provisions for several years of survival in a land where food would be scarce. No one thought this mission would be a picnic, but no one thought the ships and men would never be heard from again either. After many years, a few bodies and artifacts would be discovered, though not Franklin himself, and not either of his two ships, until, as we said, now, almost 170 years later.

Three years after Franklin left, the folks back home began to grow uneasy. He was not expected home so soon, but even in far off places, explorers usually found someone to relay an occasional message. The silence was a major concern. So began one of the greatest manhunts ever. The Admiralty sent many missions that found nothing. Finally, in 1854, John Rae met some native Inuit who recalled seeing a group of around 40 white men heading south, saying their ships had been crushed by ice. The following spring, they found corpses instead, with signs of cannibalism. The basic story, and its terrible conclusion, was now becoming known, though the details remained clouded.

Still, not all believed the tale. Lady Franklin, in particular, clung to hope. She paid for several more expeditions, and convinced the Americans to send a few as well. In all, it is believed about 32 missions were sent to find Franklin in what is considered the primary search period – 1848-1859. By the end of this time, discoveries of artifacts and a few bodies left little doubt of their ultimate fate. Despite this basic outline, most of the men were never found, nor were their ships. Exactly where and why the ships became bogged down, or the exact routes taken by the men, have never been known. Now, maybe, a few more answers will be found.

At long last, on September 9, 2014, word came from the Prime Minister of Canada that the latest Franklin search expedition had found one of the ships. It is not known whether it is the Erebus or the Terror, but it is quite clearly one of the ships. Sonar images displayed it well. It is reported that while the ship, naturally enough, shows some damage, it has been preserved very well by the cold waters. Though sheared off, the main mast is visible. It is believed that any contents still in the ship will also be well preserved.

The ship was found off the coast of King William Island. This is a large island toward the southern end of the archipelago north of the mainland border of Canada. It is believed the expedition became trapped in the ice there, and despite attempts to find rescue on foot, Franklin's men were unable to reach help in time. In 1906, Norwegian explorer Roald Amundsen and a crew of just six also spent two years along King William Island, in a cove, but eventually freed themselves and went on to finally discover a Northwest Passage. Unlike Franklin, they were prepared for survival off the sea and land. More importantly, they had the good sense to develop relationships with local Inuit and learned more about Arctic survival from them. Franklin's men evidently did not seek to learn from those who lived in this harsh world.

While Amundsen was able to complete his journey west, finding a passage, it is too narrow, and frozen too much of the time, to be of much practical use. However, rising temperatures have rekindled the dream of finding a usable Northwest Passage. Renewed hopes of locating such a route led Canadian authorities to a new interest in discovering whatever happened to John Franklin, his men, and the Erebus and the Terror.

Among the classic and highly collectible works resulting from the search for Franklin are John Ross' early, unsuccessful search, John Richardson's unsuccessful follow-up, Elisha Kent's Kane's accounts of the two Grinnell expeditions and Isaac Hayes account of the second, Francis McClintock's jouney on behalf of Lady Franklin that found conclusive evidence of the mission's unhappy fate, Robert McClure's first completed northwest passage (though partly by land) while searching (plus naturalist Alexander Armstrong's account), the rare account of the Ingelfield search, the even rarer account of William Kennedy's search on behalf of Lady Franklin, the journals of Erebus Captain Fitzjames, and Charles Francis Hall's 1860 search. There are many more. Those interested in collecting this event will tremendously enjoy Canadian bookseller Patrick McGahern's catalogue of the Bertram Plimer Franklin Search Collection. While most searches had limited if any success in finding the whereabouts of Franklin, these journeys added enormously to our knowledge of the Arctic and far north, as well as finding the elusive Northwest Passage. These books constitute the foundation of an Arctic library.