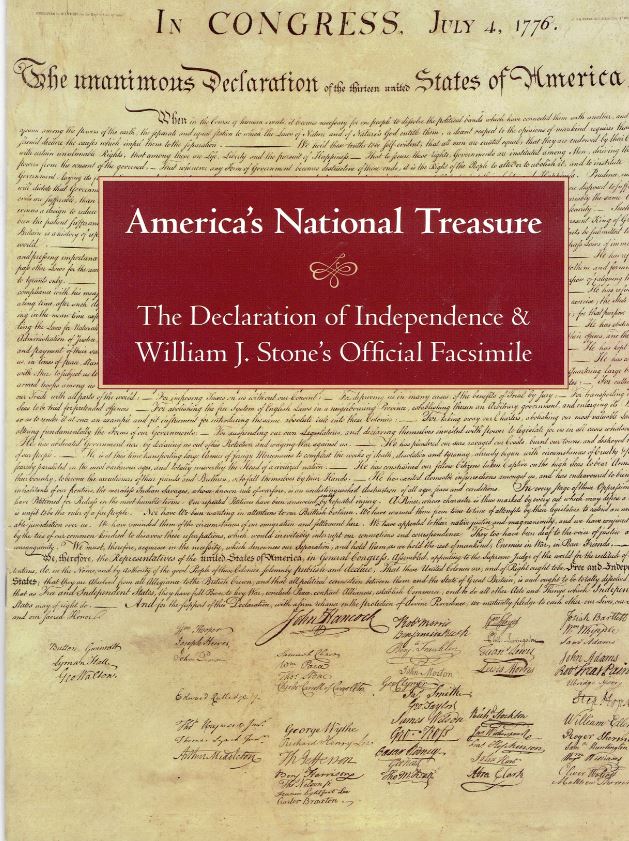 “We hold these truths to be self evident, that all men are created equal...” If that wasn't sufficiently outlandish, America's founders added, “...that they are endowed by their Creator with certain unalienable Rights, that among these are Life, Liberty and the pursuit of Happiness.”

This is not the law of the land in America. The quote is from the Declaration of Independence, which has no official legal standing. The protections enunciated therein are made law by the Constitution. Other than being the beginning of America's long goodbye with its colonial rulers, the Declaration is merely a statement of principles and beliefs. They are the destination, rather than the route.

Of course, one could question the sincerity. “All men are created equal?” All are endowed with the right to “life, liberty and the pursuit of happiness?” The author of that phrase, Thomas Jefferson, was a slave owner. Was this just some fluff meant to make the British look bad?

No. Sometimes, the principles we establish reach higher than ourselves. Jefferson was hardly a God-like man, and his times left him blind to things that are obvious to us now. Still, his soaring words, written in the early summer of 1776, would help to lift his nation above the human weaknesses and blind spots of his own life in the years ahead. Jefferson's words would be used by abolitionists to strike down America's greatest wrong, even if he did not foresee this would happen. The Declaration was written by men, but it was greater than the men who wrote it. It is America's guidepost, a symbol of all that is great in America. That Creator surely knows our shortcomings, our faults, our blind spots, but this magnificent document continues to light our way, to teach us that we can be better than what we are if we will just remember the principles on which our nation was founded. Indeed, much of the strife that infects us today, and through much of the two plus centuries since 1776, could be resolved if only we would refocus on those soaring principles, rather than the petty disagreements and rivalries of the day.

Recently, David M. Rubenstein commissioned a new set of copies of the Stone Facsimile of the Declaration to be printed. Copies, in a replica historic frame, are being sent to all U.S. embassies around the world. Mr. Rubenstein is a noted investor and philanthropist with a deep interest in preserving the great icons of America. He was the buyer last fall of the Bay Psalm Book, the first book printed in America (the future United States), sold for over $14 million. He was determined to keep it in America. However, with this investment, he hopes to bring the nation's ideals to the rest of the world by giving a displayable copy of this founding document to each overseas embassy.

The Declaration was something of a forgotten item in the days after the Revolution, independence now won. America would have a new set of issues with which to deal. The colonies would have to find a way to unite, first loosely under the Articles of Confederation, and then more seriously with the adoption of the Constitution. Then there would be war debts to pay, expansion into what was then the West (now Midwest), and later the enormous new dominions of the Louisiana Territory, all to be explored and conquered. On the international front, tension with the former colonial masters and even with their revolutionary allies, the French, would erupt. America would be focused on trying to find its way through the minefield of European rivalries. Eventually, it could not avoid them all, and the young nation would find itself at war again with the old country, England.

Once the War of 1812 was concluded, America finally had a breather. The Era of Good Feelings began, one of those few times when America was truly at peace with itself. The nation finally had a chance to look at its own heritage, and with it came a renewed interest in its foundation. The result was that in 1820, Secretary of State John Quincy Adams commissioned engraver William J. Stone to produce 200 facsimiles of the Declaration of Independence. An earlier attempt had been made, but it was not designed to be an exact replica. Stone's version was to look exactly like the original.

Stone's facsimile is a near perfect duplicate, although there are some small differences in the lettering. This is most fortunate as the original has badly faded. Much of it is barely legible, particularly some of the signatures. Exactly how Stone achieved such a good facsimile in the days before copiers is unclear. He may have used some sort of a dampening process to lift some ink from the document to make his engraving. This could explain why it has so badly faded, but this is just a theory. The fading may simply reflect a lack of proper care for many years before its significance was fully appreciated, or be damage from the earlier taking of a facsimile.

In 1824, John Quincy Adams began distributing copies of the Stone Facsimile. Two copies each went to the three then surviving signers of the Declaration of Independence, Presidents Jefferson and John Adams, and Charles Carroll of Carrollton. Other copies went to President James Monroe and Vice-President Daniel Tompkins, former President James Madison, and the Marquis de Lafayette, who was about to return for a visit to the United States after an absence of almost 40 years. Twenty copies were split between the two houses of Congress, two went to the Supreme Court, 12 more copies to various departments of government, and others to state governors, legislatures, and universities. Adams kept a couple of copies himself, which he later gave out to associates. Few of these can be traced today. Around a quarter of them are known to survive, roughly divided half and half between institutions and private collections. Lafayette and Carroll's copies can be traced to their current location, but the original provenance of most surviving copies is not known.

All copies of the Declaration of Independence made today are based on Stone's original facsimile. Larger runs were reprinted in the 1830's and 1840's. This set commissioned by Mr. Rubenstein is the latest in time, though the document, and more importantly its message, is timeless.

The rare document firm of Seth Kaller and the Foundation for Art and Preservation in Embassies has created a pamphlet describing the Declaration of Independence and the Stone Facsimile's history, along with the mission to distribute copies to American embassies. Its title is America's National Treasure. The Declaration of Independence & William J. Stone's Official Facsimile. We are grateful to Mr. Kaller for providing us with a copy. You can view a copy of this fascinating history on Mr. Kaller's website – www.sethkaller.com