The History of Paraguay, The Lying Fury of the Jesuits 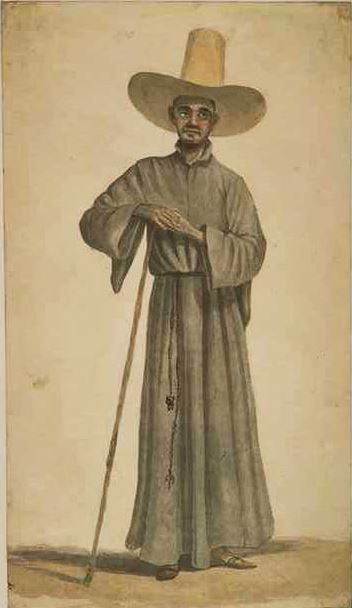 An 18th century Jesuit in the New World.

My good friend the Lying Fury is an old dignified lady with many untold prophets. I unexpectedly came across one of them the other day, while reading Histoire du Paraguay; the author wrote extensively about the lying fury of the Jesuits in what was then known as Paraguay. His name was Pierre-François-Xavier de Charlevoix (1682-1761), and he is very well known for his trilogy about the New World, featuring the histories of Saint-Domingue (Haiti), New France and Paraguay. A Jesuit himself, he wrote about Paraguay at a time when his congregation was under harsh criticism in Europe as well as in the New World.

Many historians had never set a foot in the remote lands they described, and only put together different testimonies collected in libraries—Charlevoix wasn’t one of those. As soon as 1705, our French Jesuit went to New France (Canada), where he remained for four years. And in 1720, he left for a long voyage through the New World that led him from Lake Michigan to the Mississippi River to Saint-Domingue. His Histoire de l’Isle Espagnole, ou de St. Domingue (Paris, 1730) is based on the manuscript of another Jesuit, Father Le Pers, and his Histoire et Description Générale de la Nouvelle-France (Paris, 1744) is also partly composed of various testimonies, but he knew what he was writing about. As a matter of fact, these two works are highly valued among connoisseurs—much more than his Histoire du Paraguay (1756), which is yet illustrated with several folding maps drawn by the famous Mr Bellin.

Charlevoix had never been to South America either, and wrote his book from the memoirs of other Jesuits. “This work,” reads Les Trois Siècles de Notre Littérature (Amsterdam, 1773), “is, so to speak, the answer to many grievances directed at his Order regarding the famous Reductions of Paraguay.” Indeed, it could have been entitled History of the Jesuits in Paraguay. Of course, the Jesuits played a key role in South America, where they successfully created many apostolic Reductions (or settlements) among the Indians. They had a strong political position, too—the Spaniards resentfully saw their progress in South America, as they couldn’t enslave the Indians who had joined a Reduction. They were more than once overthrown by powerful enemies—until their ultimate downfall of 1767, related in the movie The Mission (1986). Blamed by the Spaniards who wanted to use their neophytes as slaves, accused of training the Indians to war and of secretly gathering a tremendous treasure, the Jesuits were portrayed as covetous people who didn’t really care about religion. Charlevoix endeavoured to justify their deeds in the New World, and thus became a prophet of the Lying Fury.

The Fury of the Jesuits

Founded in 1540 by Ignace de Loyola, the Society of Jesus—or the Jesuit Order— has probably bred the most learnt religious of all times thanks to long studies imposed on its members (15 years). As a matter of fact, the same Les Trois Siècles de Notre Littérature wrote about Charlevoix that he had the “style of a learnt man rather than of a religious,” reminding that he had “contributed for twenty years to the newspaper of Trevoux.” But the Jesuits didn’t stick to books; they were furious men in their own ways. Those who went to the New World to convert the Savages were animated by an uncommon fury that commands respect—even to those who remain critical about the colonization of the New World. They went through the virgin jungle of South America with a handful of guides only, sailed unknown rivers, crossed unhealthy morasses, ate and drank what they could find, toiled and suffered under the sun, endured diseases and hardship for weeks before reaching hostile lands populated by ferocious Indians who had never seen a white man before, and who were usually at war with any stranger—and sometimes ate those they captured. The Jesuits didn’t care, and they went to meet them without fear, playing music to temper their warlike mood. As soon as they faced these naked creatures, they treated them like disobedient children: they vehemently criticized their evil ways, read the Bible, and told them about Jesus Christ with words they couldn’t understand; then they destroyed their idols in front of their bewildered eyes! Within a few months, they could speak the language of the Indians, had translated them the Bible, erected a church in the middle of nowhere, and started to spread the Gospel in the wilderness. And these people conquered South America? This is almost unbelievable. Of course, the Reductions were sacked and destroyed several times, abandoned sometimes; and their neophytes (or disciples) scattered if not slaughtered; but they always rebuilt and repopulated them, as the Jesuits never got weary. Those who lost their lives in the process became martyrs, thus serving their Order even better—not even death could stop a furious Jesuit.

Charlevoix was a pretty good historian—especially for the 18th century. He tried to stick to facts, and to remain critical. But in this particular case, he felt compelled to faithfully report what his religious peers had written. These holy sources being untouchable, Charlevoix had no choice but to seriously relate some unlikely miracles. Regarding Father Montoya, he confessed: “The character of this Apostolic Man, the reputation he had in Spain of being one of the most learnt men of his time, his heroic actions and the reputation of sanctity he had in America (...) do not allow me to question the facts he has reported in a book printed before his eyes.” Sometimes, Father Charlevoix’ faith was challenged by his intelligence. For instance, he was a little bit sceptical about Father Loçano’s description of a tribe from the Chaco called the Collus: “It means ostrich-feet; they have thus been called because they have no calf, and because, except for their heels, their feet look like ostrich’s feet.” This might look awkward in society but it was probably a very convenient physical characteristic in the jungle. “They can run as fast as a horse,” concluded Charlevoix. The same Father Loçano also quoted a Paraguayan martyr, Father Osorio, who was positive about the fact that, stretching his arm, he couldn’t reach the head of the smallest Indian from a tribe of giants located near the Tarija River. But this is daily routine for the Lying Fury—and the Jesuits could do better.

All Jesuits, and hard believers, are advised not to read the rest of this paper; or to show compassion toward its lost author, who confesses that many of the miracles evoked in Histoire du Paraguay remind him too much of his dear Lying Fury. According to the doctrine of Saint Augustine, underlined Charlevoix, it would have been more glorious for the Jesuits to achieve so much without the help of God, so why pretend? But the task was too hard, and the Savages too savage. “And God had no other view with these miracles,” claimed Charlevoix, “than to inspire confidence in these peoples. (...) Everything remained to be done among such vicious people, who were dumb to the point that they hadn’t kept any trace of natural religion. Miracles were necessary.” Okay, that sounds reasonable. Let’s see what we have here.

In 1587 some heretic English captured five Jesuits near the Bay of Rio de la Plata. One of them, animated by a pagan fury, started to mash down some Agnus Dei—some small boxes blessed by the Pope and featuring a lamb holding a cross on the cover—while cursing the Pope. This was too much for Father Ortega, who jumped on the sinner, furiously grabbing his foot; pushed away, he was about to be put to death when the sinner started to bawl: he was feeling an extraordinary pain in his foot. His concerned friends took a look at his leg, and realized he had gangrene! “They cut off his leg, but it was already too late; the sick expired the very same day,” reported Charlevoix. Serves him right.