The Jacqueline Kennedy Letters, and Why They Were Withdrawn from Sale 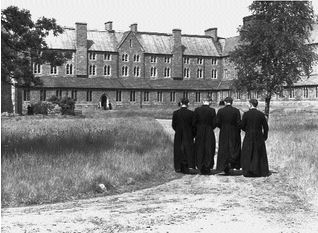 The previous article in this month's issue of AE Monthly recounts the case of an astounding collection of letters written by Jacqueline Kennedy to an Irish priest between the years 1950 and 1964. They revealed the innermost thoughts of America's most famous and glamorous first lady, from the time just after her college graduation, though the terrible assassination of her husband. What was surprising was that this personal archive was being put up for auction. Many questioned the appropriateness of selling these letters. Then, with pressure mounting from all sides, the sale was abruptly canceled.

Two days later, the college that possessed these letters for the past half a century, announced it would be winding down operations and permanently closing its doors. This second surprise reveals why the controversial decision to sell the archive was made in the first place, and tells us more about the difficulties declining institutions with valuable collections face. There were no easy choices for All Hallows College in Dublin. Ultimately, they were forced to make the final one.

Early this year, All Hallows College began the process of evaluating the worth of a Book of Hours it possessed. It was dated 1460, a date that almost certainly would make it a very valuable item. Bookseller Owen Felix O’Neill was called in to appraise it. That led to O'Neill examining other items possessed by the college, which led to the stack of Kennedy letters kept in a drawer.

Jacqueline Kennedy, then Jacqueline Bouvier, first met Father Joseph Leonard on a visit to Ireland in 1950. Fr. Leonard ushered Ms. Bouvier and her step-brother around Dublin. The young woman found him more open and accessible then the priests she knew back in the states. He would be someone she felt comfortable in confiding her inner thoughts. She only saw the Priest one more time, on a visit to Ireland with her new husband, John Kennedy, in 1955. Nonetheless, she corresponded with him by letter for the rest of his life. Fr. Leonard died in 1964. There were 33 of these letters in his possession when he passed on, including some written shortly after her husband was assassinated.

What we have only recently learned is that while it was having the value of its archives assessed, All Hallows College was in desperate financial straits. It had been running at a loss for many years, and was unable to make up the difference through contributions or other sources. The decision to sell such personal items was borne of necessity – these letters were possibly worth millions of dollars, and while this would not solve the college's long term needs, it could put off the day of reckoning awhile longer. Perhaps the solution to its financial problems that had eluded the college's administrators for so long could be found if it could buy more time by selling off valuable, but unneeded items from its archives.

All Hallows College is not a recently formed educational institution. It has a long history, explaining why it would have some very old material in its possession. It was founded in 1842 as a place to train priests who would in turn become missionaries to far off lands. Fifty years later, operation of the college was taken over by the Vincentian Brothers, followers of the teachings of St. Vincent de Paul. They have operated the college since 1892. However, as the need to train priests to serve in far off lands decreased, it was decided to change the college's mission. It would become a typical college, open to all. Undoubtedly, this choice, made in the 1980's, was necessary for the college to survive at that time.

When Father Patrick McDevitt, recently appointed President of the college, and other officials examined the Kennedy collection, they assumed it was the property of All Hallows. Fr. Leonard had left no will of which they were aware, and his letters had remained at the college, where he lived, in the 50 years since his death. Surely there must have been concerns that auctioning the letters might raise some controversy, but they were at the end of their financial rope. They commissioned the Dublin auction, Sheppard's Irish Auction House, to conduct a sale. Sheppard's is not noted for selling documents and works on paper, but they do sell furniture and other antiquities from their location in Dublin. It also appears that All Hallows hoped to keep their name as source of the letters, as well as their specific content, out of the press.

Unfortunately for All Hallows, some conflicts arose with bookseller O'Neill. It appears he believed his role was greater than that envisioned by All Hallows. He made photocopies of some if not all of the letters, and appears to be the one who made some of the content known to the Irish Times and the Boston Globe. The Boston Globe had images of some of these letters, which they ran in their newspaper. The source and content was out. Sheppard's then sued O'Neill to stop releasing information about the letters, or depicting himself as being their owner. Perhaps O'Neill was implying his ownership to hide All Hallows' identity, and was publicizing content to help earn a greater price. Boston is home to the Kennedy's, and to the most obvious potential buyer, the John F. Kennedy Library. Shortly before the auction was withdrawn, a court ordered O'Neill to turn over his copies of the letters to them for safekeeping.

Besides the negative publicity and messiness of a court dispute, two other things intervened to disrupt the planned sale. One is some sort of objection raised by the Kennedy family. It is not clear whether objections were made directly to the college, or some back channel concerns were expressed. Whichever it was, it became apparent that the Kennedy family was not pleased with Mrs. Kennedy's personal letters to a priest being made the subject of a public sale. Those sentiments are certainly understandable.

The second issue was the ownership of the letters. Later on, it turned up that Fr. Leonard had left a will. He left all of his possessions to the Vincentian Brothers. While the Vincentians ran the college, the college and the Brothers are not the same. They are the owners of Fr. Leonard's letters, and their wishes for them are not necessarily the same as those of the college's administrators. President Fr. McDevitt conceded that the sale would have given the college more time, but wouldn't have prevented its ultimate closure. The Vincentians may not feel that delaying the likely inevitable is a good use of the letters.

It now appears that the parties, the Vincentians and All Hallows, are in discussion with the Kennedy family as to the proper repository for the letters. Where they will end up is not known. Our guess is that ultimately they go to the JFK Library, as we can think of no more appropriate place for them to be. The letters are deeply personal, and they and the thoughts they reveal should be treated with the respect they, and Mrs. Kennedy, deserve.

Another wrinkle to this story has been added by Fr. McDevitt, according to the Irish Times. This is another issue institutions in trying situations, and many not in such circumstances, nonetheless are confronting. Reportedly, Fr. McDevitt told the Irish newspaper that “a sizable number” of items were missing. He estimated their value in the “thousands.” However, bookseller O'Neill estimated this more likely to be in the millions of dollars. O'Neill reportedly estimated over 100 books and some very valuable artwork was missing, the college having been “plundered” for a long time, some thefts coming recently. Among the items he listed included prints by Raphael, a first edition by Issac Newton, a 1484 sermon, books sent to Fr. Leonard by Mrs. Kennedy, and correspondence Fr. Leonard had with George Bernard Shaw, including an undated script sent to him by Shaw. Apparently, some valuable items were legitimately sold by the college in the past, during earlier financial troubles. Whether that accounts for the differences in estimates between Fr. McDevitt and bookseller O'Neill, or if it is explained by a deeper familiarity with current values by the latter, is unclear. Whatever the value, something went very wrong, and All Hallows College is hardly the first, nor will it be the last, institution to suffer these problems. Even healthy institutions have a hard time finding the funds needed to adequately manage their collections. How much harder is it for ones like All Hallows, teetering for so long on the brink of extinction?