A Trove of 20th Century Music Come to Market 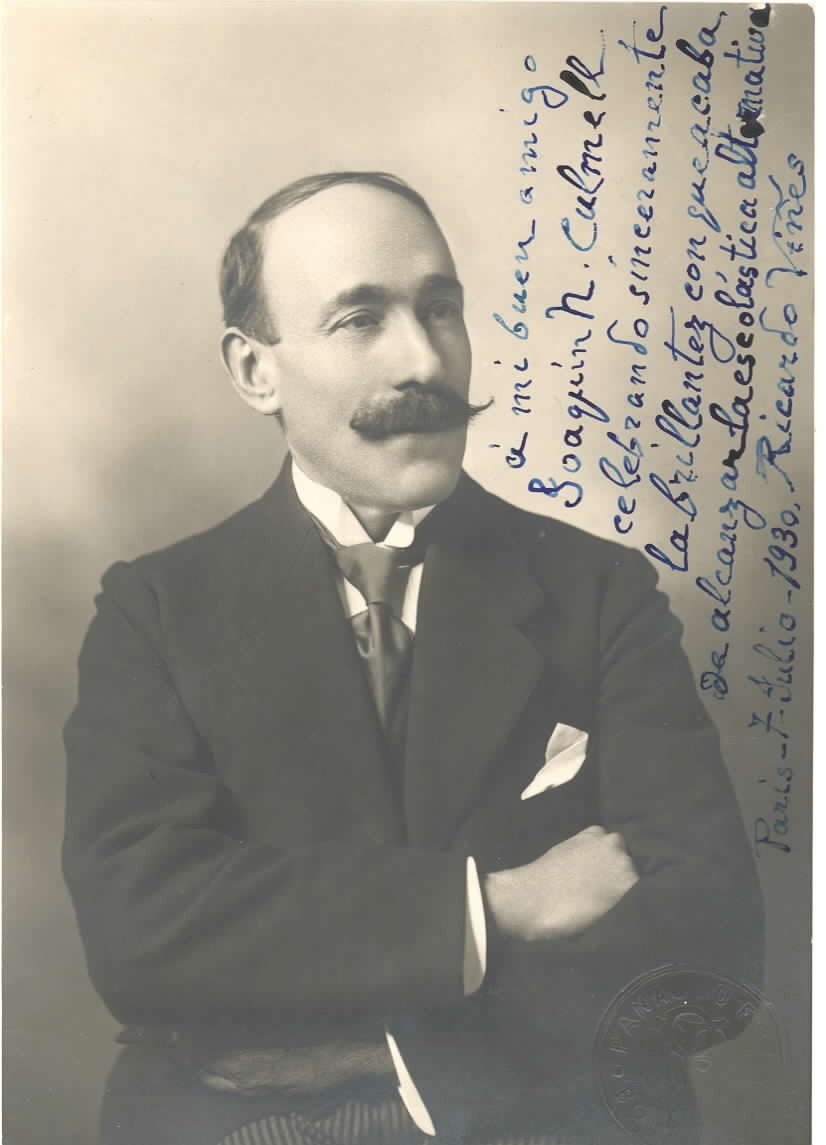 Burton Weiss, the Berkeley, California rare book dealer, recently took on an interesting challenge: to convert a distinguished composer, pianist and professor’s library of 20th century European music into a research, catalogue and marketing project that will engage him for some time to come. Who is this composer-teacher? His name is Joaquín Nin-Cumell (1908 – 2004) and chances are that if you have to ask who he is this material is not for you. For Mr. Weiss, who specializes in gay and lesbian literature, the Spanish Civil War, and leftist poetry among other things, this project calls upon his early musical education, his knowledge of languages and even his second home in Spain, all to help make this ambitious intellectual foray, which may take longer than the Spanish Civil War (three years), a reasonably successful one.

Mr. Weiss is currently creating online listings of the hundreds of items he recently acquired indirectly from the Nin-Cumell library. However, many items have not yet been posted and some will never be, at least not on Mr. Weiss’ site, for as aficionados of this field learn that he has acquired a substantial collection of what he describes as “mostly” books pertaining to 20th century European music but which is actually a bouillabaisse (or perhaps more appropriately a zarzuela) of Spanish, Catalan and French material with some German and Italian items to add spice, these hunters after the exotic and the exquisite are finding ways to purchase material from Mr. Weiss before the dots and dashes of the electronic listings can carry them to the waiting world on ABE. Many of the books are association copies thus adding immeasurably to their value and collecting appeal.

Perhaps only one in a hundred institutions, dealers and collectors will be interested but those who pursue this material will understand immediately how difficult this is to find, much less acquire. To them the telephone may prove a better tool than the computer. His number is 510 525-4377.

Already a keyword search of Mr. Weiss’s listings on ABE using “music” finds 228 related entries that, depending on whether you begin with lowest or highest price, will start you in your browsing from $15.00 and going up, or from $4,500 coming down.

Mr. Weiss is focusing primarily on signed and inscribed works, including some dedication copies, from the accumulated estate of the Nin and Nin-Cumell families. Many of these books have an interesting and complex provenance – having been the property variously of Joaquín Nin-Culmell, chairman of the Music Department at UC Berkeley for many years, his father the Cuban-Catalan composer Joaquín Nin y Castellanos, his mother Rosa Culmell, the singer and voice teacher, and of course his sister Anaïs Nin, the celebrated author. This is a diamond bracelet of connections with not a rhinestone in the setting.

In this collection are at least 250 inscribed works of which approximately 100 have already been listed and in some cases sold. These presentation copies were ultimately the personal property of Joaquín Nin-Cumell but in many cases have had some relationship to other family members. Mr. Weiss takes pains to weave the threads that make the family story and connections clear and in so doing he reaches the highest state of grace in the book business – of researching and writing well and being paid something for that which he would be tempted to do for free.

Mr. Weiss is continuing to research and write about the many not-yet-listed items – including the most valuable single piece in the library, one of the only known presentation copies of the correct first edition of Enrique Granados’ opera Goyescas (New York, 1915), with English translation by the African-American poet James Weldon Johnson, inscribed by Granados in New York to his close friend and musical collaborator, Rosa Culmell, around the time of its triumphant Metropolitan Opera premiere (January 28th, 1916), and less than two months before he and his wife were drowned, on their way back to Barcelona, when a German submarine torpedoed their ship in the English Channel. He will be posting these items as time permits.

Here then are some books about which he has a special feeling, several of which have already been sold.

(Nin, Anaïs). MONSIEUR & MADAME F. JOACHIM NIN ONT LE PLAISIR DE VOUS FAIRE PART DE LA NAISSANCE DE LEUR FILLE ANAÏS... Paris: 1903. Engraved card, c. 3.63 x 5.78 inches. Announcement by her parents of the birth (February 21) and baptism (June 21, 1903) of Anaïs Nin, the earliest mention of her in print. In original mailing envelope, hand-addressed (no doubt, by her father or mother) to "José Lorenzo Castellanos y familia" in Havana, relatives of her father, and postmarked Neuilly-sur-Seine, July 2, 1903. Her parents – viz. the Cuban-Catalan composer and pianist, Joaquín Nin y Castellanos, and the Cuban singer, Rosa Culmell y Vaurigaud, of French and Danish descent – were both distinguished musicians. Although Joaquín Nin (1878-1949) was born in Havana, his family moved to Barcelona in 1880, and Joaquín, by then a concert pianist, did not return to Cuba until 1901. He and Rosa met in a music store in Havana. Her father, a man of means, opposed the idea of his daughter marrying a poor musician from Barcelona but did allow Rosa to have singing lessons with him, and they soon gave their first joint concert. They married on April 8, 1902, then left for Paris. Despite his misgivings, Rosa's father not only paid their way but was even willing to support them, for quite some time, in a spacious flat in a fashionable Parisian suburb, while Joaquín pursued his career. Very lightly foxed, else about fine in slightly soiled envelope.

(Dalí, Salvador). Halffter, Ernesto. MARCHE JOYEUSE: POUR PIANO. Madrid: Unión Musical Española, 1925. 4to, illustrated wrappers, [ii], 7, [4] pp. Sheet music. First edition of this early piano piece by the eminent Spanish composer Ernesto Halffter (1905-1989). The full-page cover drawing that the composer's friend and contemporary, Salvador Dali (1904-1989), created especially for this publication, is an extraordinary self-portrait – viz. the joyful artist as a young man in an unusual hat, playing a stringed instrument (a cross between a guitar and a mandolin, perhaps). Signed in the plate "Salvador Dali 1925." Although Halffter's "Crepúsculos" premiered in 1922 and was published in 1924, MARCHE JOYEUSE is still, for him, a very early appearance in print (preceding by three years his first piano music cited in Grove), as it is for Dali. Short marginal tear (1 cm) at bottom edge, coming nowhere near to affecting drawing or text, still a remarkably attractive copy of a rare publication. $350.00 [SOLD]

Salazar, Adolfo. MUSICA Y MUSICOS DE HOY: ENSAYOS SOBRE LA MUSICA ACTUAL. Madrid: Editorial Mundo Latino [1928]. Modern green cloth, spine stamped in gilt, 375 pp. First edition of this massive early work by the most important Spanish writer on music of the first half of the 20th century, a critic (as well as a discoverer and inspirer) of inestimable influence on the Generación del 27 – not just on its composers but on its literary members as well, in whose thinking and writing, music played such an integral role. Contemporary presentation, inscribed by Salazar to an old friend, the distinguished Cuban-Spanish composer, Joaquín Nin y Castellanos (1878-1949): "A Joaquín Nin, con el agrado de las coincidencias y mis lamentaciones por las discrepancias, / Adolfo / XII.[1]928." Bound for Nin's son, the equally distinguished composer Joaquín Nin-Culmell (1908-2004), with the latter's initials stamped in gilt at the foot of the spine. Fine. $250.00