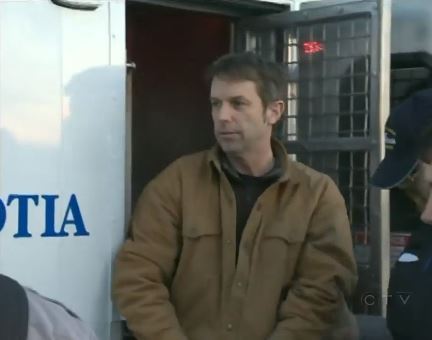 When the Parole Board sat down to consider daytime release for John Mark Tillman, of Fall River, Nova Scotia, Canada, they had a long record to consider. It was early May of 2010, and by then, Tillman had been charged with a dozen crimes over an almost 30-year period. However, Tillman was also a university graduate, and a charming man, who appeared remorseful and sincere in his attempt at rehabilitation. His crimes tended to be petty – minor thefts, a forged check, buying and selling merchandise he suspected was stolen. Despite the history of recidivism, the Board felt he was (finally) a good candidate for turning his life around.

The bigger concern with Tillman was his temper and violence. That finally caught up with him in 2009 when he smacked his girlfriend in the head, and threatened her with much greater bodily harm, such as smashing her face to powder. This was the crime that landed him in prison. Tillman explained to the police that he was just trying to get her to repay a debt. He “convinced” her to drive to an ATM where she withdrew some money and gave it to him. Tillman had followed her in his BMW (yes, a BMW). Tillman never earned more than poverty wages, yet was still driving a BMW, among his many possessions, which makes one wonder why he needed a relatively small amount of money from a girlfriend so badly.

Mr. Tillman was pending trial at the time for threatening to kill his own mother. A sister also said he had threatened her. The charge was dropped when his mother supposedly recanted the claim shortly before she died (of natural causes). Still, he obviously had a problem.

Nevertheless, the Board saw good progress for Mr. Tillman in prison with anger management. They were more focused on this part of his behavior than the 30 years of petty thefts. While saying “it acknowledges your history which is inclusive of violence,” the Board said he had demonstrated his ability to use the skills in anger management he learned in prison, and therefore “you are assessed as a low risk to reoffend… the Board is satisfied you do not present an undue risk to public safety.” The Board concluded, “Furthermore, your release at this point will facilitate your reintegration into society as a law-abiding citizen.”

Tillman was less than a rehabilitated citizen. The new girlfriend who awaited his release in 2010 later became afraid of him. Charges of assaulting her were later initiated. In 2012, he was placed on probation for using a forged check to repair his BMW.  It was a violation of the terms of this later probation, being out in his car at an hour not permitted, that finally led to Tillman’s downfall. A local officer, recognizing him, pulled him over. She conducted a search of his car. In it, she found a letter written by British General James Wolfe in 1758. Wolfe is known for leading forces against the French during the Siege of Louisbourg. What on earth was this violent, petty thief doing with an historic document in his car? The police did a little investigating. They found it was missing from Dalhousie University. So they determined it was time to do a search of Tillman’s residence.

What they discovered looked more like a museum than a residence. They found what they estimated at the time to be 1,300 historic artifacts. Later counts ran that number to 7,000. They included books, such as a first edition of Darwin’s Origin of Species, manuscripts such as a letter from George Washington, as well as other antiques, including a suit of armor. They came from libraries, museums, dealers, and private collections. What they didn’t find were any bills of sale. Tillman clearly had notreintegrated himself into society as a law-abiding citizen. He was a thief on a scale that no one had imagined.

Tillman also had a few non-antiquarian possessions. Along with the BMW he had a Porsche. He purchased his home, valued at over $400,000, with cash. He also had $350,000 in the bank. Evidently, he sold a lot of items, despite still having some 7,000 artifacts valued at $1 million-plus in his possession. There were also some non-antiquarian stolen goods around, like an outboard motor stolen from a boy scout camp and a family heirloom chair taken from a 102-year-old man.

When Tillman appeared in court in 2013 there was little sympathy left for the man. He pled guilty to 40 charges, claiming the terrible conditions of prison awaiting trial made him see the light (something his earlier stint behind bars did not accomplish). The Judge was not impressed. Noting that Tillman had shown no remorse, nor any respect for his fellow citizens or the justice system, the Judge sentenced him to 9 years in prison.

Of course, this left officers with the enormous task of finding to whom these 7,000 artifacts belonged. That doesn’t even include tracking down those Tillman had already sold. They sent out notices to numerous institutions and others, both in Canada and the United States, asking what they were missing. Reportedly, some 2,000 items have been reunited with their owners, but that leaves 70% of them “homeless.” The Wolfe letter is an example of the problem. Dalhousie University has an enormous collection of artifacts, but few people to take care of them. The letter had been stolen several years earlier, but the university had no idea it was missing. Just a few weeks ago, that letter, the Washington letter (written during the Revolution seeking help spying from a Nova Scotia resident), a copy of Audubon’s Birds of America, and 600 more items were returned to Dalhousie. Tillman had agreed to forfeit all of the artifacts, his house, cars and cash as part of his original plea.

So now we hear that Mr. Tillman is cooperating with police. He is said to be attempting to remember from where the various items he took came. His memory will have to be good to recall this for 5,000 of them, but he should at least remember most of the places he hit. In an interview with the Toronto Globe and Mail, he indicated it was all too easy. He claimed he used an attractive Russian girlfriend and even his mother at times to distract managers at stores and institutions while he secreted away the goods. He said he learned this skill from his grandmother. Tillman possesses an engaging personality that makes people like him, deflecting suspicion. At other times, he dressed up as a janitor or painter at an institution to avoid suspicion. Considering the enormous number of artifacts stolen without once getting caught, his skills were obviously quite good. Indeed, it was only a car search coming from a traffic stop for violating a condition of parole from an unrelated crime that brought him down.

Of course, Mr. Tillman will be getting out sometime near the end of the decade. Perhaps he hopes his cooperation will make that date sooner. He will be around 60-years-old at that time, undoubtedly still possessed of an engaging personality, but this time reformed. This time will be different. Of course it will. Just ask him.