A Library Theft, and a Seemingly Light Sentence 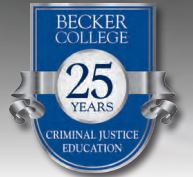 In one of those library theft cases that is something of a head-scratcher, a Leicester, Massachusetts, man has been ordered to pay restitution. Joseph G. Heath, 53, was charged with receiving stolen property, books taken from Becker College, in the fall of 2012. He pleaded to facts sufficient to reach a guilty verdict, which appears to be a legalese way of admitting to guilt without actually doing so.

According to the Worcester Telegram & Gazette, Heath stole around 100 books with a value of more than $115,000 from the college's library. The library had moved a collection of books once owned by 19th century minister Samuel May to a “secure area” while the college built new shelving to better display the collection. The area proved not to be so secure, but the library can't really be faulted too much for this. It was an inside job. Heath was a janitor who took care of the library.

The theft first came to light when an archivist noticed there had been some “settling” in the bins where the books were stored. A little digging around revealed that many books appeared to be missing. Around this time, campus police learned that Mr. Heath had sold 20 of these books to a Worcester bookstore for $300. The bookseller in turn offered them to the Leicester Historical Society. The Society declined, but one of its members was surprised to see books from the May collection being offered and contacted the Becker Library. That led to an inventory, which confirmed that books were missing.

Meanwhile, another book shop, in Boston, purchased 24 books from Mr. Heath for $850. The owner sold three of those before learning they were stolen. Fortunately, they were recovered. However, the bookseller must have been a bit naïve and thought Mr. Heath had been duped by someone else, as he informed Heath that the books he was selling were stolen. At this point, the police decided to quickly arrest Heath for fear he might try to flee.

When the police inspected Heath's home, they found some of the missing books. Heath reportedly explained that he and his live-in girlfriend, who was also his supervisor, were often given books free by the librarian. The librarian told him “you could take whatever you wanted.” The librarian, naturally enough, denied the claim, saying that while she did occasionally give away books no longer needed, nothing was ever given from the May collection.

Unfortunately, the Telegram reports, some 50 books thought to be worth around $15,000, and one especially valuable one estimated at $100,000, are still missing. It was only those from the “worth more than $115,000” portion that were recovered. There is a first edition of Uncle Tom's Cabin still missing, and most importantly, a book signed by Abraham Lincoln valued at $100,000.

Now we come to the part that is hard to understand – the sentence. Sometimes, there is an explanation why a sentence appears inexplicably light, and we can't help but think that is the case here. The Assistant District Attorney requested that Heath pay $15,000 in restitution, covering the value of most of the books, but giving Heath a mulligan on the Lincoln. The judge cut that by 80%, ordering he pay $3,000 in restitution, and suspending payments to the probation department while restitution is being made. He was placed on probation for three years, but that can be reduced to one year if restitution is made. Somehow, restitution of $3,000 with $115,000 worth of books still missing seems a bit light, not exactly a strong message or deterrent. Where is that Lincoln book? Again, we can't help but think there is an unstated explanation for such apparent leniency.

There are some interesting connections between this book, Becker the college and Becker the man, Lincoln and May, that we suspect Mr. Heath did not appreciate. Rev. Samuel May, who once owned these books, was an ardent abolitionist, supporter of women's rights, pacifist, and promoter of the temperance movement, who lived from 1810-1899. He should not be confused with his older cousin, Samuel Joseph May, who was also a dedicated abolitionist. Rev. May was a Unitarian minister in Leicester. His father built him a home in that town as a wedding present. That house became a stop on the Underground Railroad, and remained in the May family for several generations before being purchased by Becker College in 1966. It has since been made into a visitor's center and museum. We don't know how Rev. May came into possession of a signed Lincoln book, though we suspect it is connected to May's passionate abolitionism.

Becker College is named for E. C. A. Becker, who founded Becker's Business College in Worcester in 1887. It was the first school in the area to teach students how to use a newly developed high-tech device – the typewriter. Becker was born in Peoria, Illinois, in 1855. It was barely six months after a man from a nearby town, none other than Abraham Lincoln, came to Peoria to give his famous Peoria Speech. In a pre-1858 Lincoln-Douglas debate, Lincoln used that speech to resurrect his political career, abandoned six years earlier. Lincoln spoke out against Douglas' Kansas-Nebraska compromise and laid out his opposition to the spread of slavery, saying that, if all men are created equal, then there is no moral right for one man to make a slave of another. Becker College, Mr. Becker, Abraham Lincoln, and Rev. Samuel May are all intertwined in history.

In another bit of irony, Becker College just celebrated the 25th anniversary of one of its most respected programs. Becker offers a notable program in the field of criminal justice.