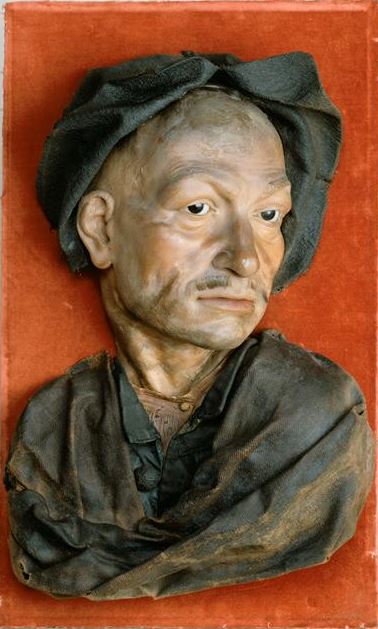 History is a wild battlefield where myths and truth fight an everlasting battle, embracing each other in a raging waltz of love and hate. Of course, books stand predominant on this battlefield. They tell the story of the powerful; they give partial views of events; sometimes they distort facts to mislead us; sometimes, they simply embellish things to please our taste for romance and drama. We readers are often the willing accomplices of our own blindness. If it’s wrong to be delighted by even a lying story, then who wants to be right?

This question I recently asked myself while reading a somewhat fascinating book about one of my favourite topics, the notorious French bandit Louis-Dominique Cartouche: Cartouche, Histoire Authentique by B(arthelemy) Maurice (Paris, 1859). An authentic story of the most romantic villain of the 18th century? Told for the first time from official documents of the period affirms the title page. Now, let’s put it straight: this is a very modest book in the sense that it won’t cost you more than a modern one—though printed more than 150 years ago. But its value lies in its contents. The book was first published in Le Figaro (a still existing newspaper) as a series of articles in 1857, and is a sort of reaction to the best seller Histoire de la Vie et du Procès du Fameux Louis-Dominique Cartouche, et plusieurs de ses complices (History of the Life and Trial of the notorious Louis-Dominique Cartouche and several of his cronies). We’ve already discussed this very popular peddling book (click here) that was first anonymously published the year of Cartouche’s execution (1722). Banned by the police of books for years because of complacency over the bandit’s deeds, it was yet printed more than 40,000 times according to B. Maurice, thus conveying many false statements and assertions about the most lovable French rascal of all times. But in 1857, Mr. Maurice decided to put an end to foolishness.

The True Face of Evil.

The peddling editions of The Life of Cartouche... were often illustrated with the same wood engraving of the bandit wearing a three-point hat, and holding a couple of stolen watches in one hand and a pistol in the other hand. People had grown accustomed with this representation and imagined that Cartouche looked just like that. “The suit à la Louis XVI itself is irrelevant,” wrote Maurice. As far as the watches are concerned, he noted that all through the 366 files of the Imperial Archives related to Cartouche and his crew, only one mentions a watch. “There were watches in Paris at the time but they were quite rare,” he wrote. “They were made nowhere in the world but in Geneva, and not exceeding 5,000 copies a year.” Yet, modern specialist Marie-Agnès Dequidt says that there were roughly one hundred watchmakers in Paris at the time, and that watches were few but not quite rare.

Anyway, the frontispiece was one of the most striking novelties of Maurice’s book. The caption reads: Cartouche, drawn by Foulques, after a photograph taken by Nadar of the wax bust kept in the library of Saint-Germain-en-Laye. A modern frontispiece, indeed; as Felix “Nadar” Tournachon was responsible for taking the first aerial photograph of Paris in 1858! B. Maurice printed a certificate of authenticity in his book. It came from the library of Saint-Germain: “This wax bust was, on order of the Regent (Philippe, Duke of Orléans, during the minority of Louis XV, ndr), moulded by a Florentine artist directly on Cartouche, a few days before his execution.” Once the property of the Royal family, the framed bust was officially given to the Museum of Saint-Germain-en-Laye in 1848—it is still there today. Now, meet the true and official face of Cartouche! The story goes that the hair and moustache of the villain were even cut off after his death and used on his bust. As a matter of fact, though represented on stage and since then in many movies, as a tall and handsome man, Cartouche was only 5 feet tall! But his Bohemian friends of Rouen taught him acrobatics, and contemporary writers all described him as an unusually strong man. When arrested, a bowman rudely pushed him in the back; with his hands tied in his back, Cartouche turned back and kicked his offender in the face!

In his book, B. Maurice destroyed several Cartouchian myths:

Myth#1: Cartouche studied at the Jesuits College where he learnt Latin alongside Voltaire.

The truth: The villain was born in 1693 and his father, a cooper, saw some potential in his kid. “He decided to send him to the Jesuits College,” read the Life of Cartouche... “And what lost him was what should have saved him.” The turbulent kid, longing to wear as nice clothes as his distinguished classmates, started to rob them and eventually had to run away from Paris. But B. Maurice is affirmative that Cartouche couldn’t read or write, as he later initialled and signed his confession by making a cross. It was even found out that he had never made his first communion—nonsense for a Jesuit student. Nor was Cartouche the classmate of Voltaire, as suggested elsewhere. Thus we shall not trust the alleged autobiography of Cartouche, entitled Les Amours et la Vie de Cartouche (Loves and Life of Cartouche) and published after a manuscript said to have been found first in La Bastille after it was taken in 1789, and then in a shack of Le Bicêtreafter the death of his former accomplice Duchatelet, when it reads: “I’ve always loved Latin; and I have often spoken it with my learnt cronies when I wanted to remain unintelligible from those who didn’t understand it.” Every now and then, this fake autobiography quotes a Latin author, but a posse ad esse non valet consequentia, might have said Voltaire.

Myth#2: Cartouche escaped his father dressed up as a pastry cook.

The truth: Cartouche probably never went to school. Thus he never ran away from home after spending two days trapped on the top of a chest in the room of one of his classmates’ servants—according to The Life of Cartouche..., he was stealing money when the sick servant came home, and was forced to hide in this uncomfortable place for two days. But he did meet a group of Bohemians who taught him all the tricks in the game. And eventually came back home before falling in love with a linen maid whom he tried to seduce with valuable presents. Love pushed him to crime and upon noticing his evil inclination, his father decided to have him locked up in an institution. While en route, the unaware kid smelt something fishy and understood that his father had set him up. The peddling book pretends he escaped by dressing up as a pastry cook with a mere piece of clothe rolled around his head, thus passing unnoticed in front of the bowmen who had come for him—Cartouche was very well known for his art of disguise and this was a nice trick to build. But B. Maurice told it as it really happened: pretending to have a natural need to satisfy, the kid turned at the corner of a street... and ran away. Easier, and quite more likely.