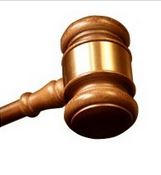 Prices in the books and paper field at auction jumped over 7% in 2013. It was the biggest gain in prices since 2007, the year before the financial swoon that left the economy grasping for the nearest lifeboat. Indeed, the book field seems to be following the same path as the economy. After years of struggle, we are finally seeing some modest gains. Happy days may not be here again quite yet, but at least we are finally seeing some signs of progress.

The year 2008 was the toughest for the book trade. A look at the 5 million records in the Americana Exchange Database shows it was the worst year financially for books since the Great Depression. Prices declined over 20% that year. At the bottom, in 2010, they were down 25% from 2007 levels. Prices have been more or less flat since 2008, with annual gains and losses running at 1% or 2%. This past year saw the first significant move to the upside since the economic crisis. Median prices at auction are still down 17% from the peak, a caution for those still attempting to sell books at pre-crisis prices, but recovery has started. Put another way, auction prices have now returned to the level of a decade ago, before the run-up of 2003-2007, and before the collapse of 2008. Now we just need to hope that our political leaders don't do anything to sabotage the momentum finally starting to build.

Book and paper lots continue to come to auction in record numbers. Over 358,000 lots were offered in 2013, vs. 310,000 in 2012, with sell-through of 256,000 lots, vs. 221,000 in 2012. There are a few factors involved in these growing numbers. Challenges in selling through slower-moving markets, a major problem for those needing to sell in a hurry, moves material to auction. Increasing interest in ephemeral items in the paper field, including broadsides and pamphlets, brings more of what was once hard-to-sell items to the auction floor. Finally, a couple of houses have opened up online-only auctions which churn out higher volumes of material, sort of like a deluxe version of eBay.

Sell-through at auction was 71%, unchanged from last year. This is under the mid-70's experienced in the years before the economic crisis, but higher than the 60's we saw in the years immediately after the crisis. The percentage of sales over the high estimate vs. those under the low estimate moved up, a sign of increasing prices (or, perhaps, partially attributable to somewhat lower estimates). The ratio of sales over the high estimate to under the low estimate moved from 51%-28% in 2012 to 54%-24% in 2013.

The highest number of sales now go to the online houses. Heritage Auction sold almost 43,000 lots, an astonishing number in the category. RR Auction was the runner-up with over 15,000. Highest among the traditional houses was Bloomsbury with 11,216 while Kiefer of Germany reached 11,071. Swann, Bubb Kuyper, Dominic Winter, PBA, and National Book followed. The highest median price was achieved by Sotheby's in New York with $12,500, closely followed by Christie's London, King Street, at $12,300. Christie's New York was the only other with a median in five figures - $10,625. The highest average sale price also went to Sotheby's in New York at $39,051, followed by Christie's New York at $35,514 and Christie's King Street with $34,151.

For those of more limited means, eight houses had medians under $100, including volume leader Heritage (Dallas) at $98. Twenty more had medians in the $100-$200 range, meaning half of their items sold for less than the median. There is lots of material available for younger collectors and those just learning the ropes.

National Book Auctions led the way in sell-through percentage, a tribute to selling without reserve. Rounded off, their percentage was 100%, all but 8 of the 6,437 lots they offered being sold. Several others exceeded a 90% sell through, including Heritage (three locations), Waverly Auctions, Guernsey's, Archives International, Stair Auctioneers, Aspire Auctions, Northeast Auctions, and Robert Siegel Galleries.

Fall and spring continue to be the most popular seasons for auctions. All six of the busiest months were in either the second or fourth quarter of the year. Over 36% of the lots were offered in the fourth quarter, 30% in the second quarter, 18% in the first quarter, and 16% in the third quarter. However, no months are really slow any more, as some houses move auctions into slower months where it is easier to get your lots noticed. For the first time, every month, including traditional laggard August, saw at least 10,000 lots offered for sale. November, as usual, was the busiest month, garnering 15% of the lots, while only 3% were offered in August.

One slightly cautionary note is that four of the five lowest median prices came in the last five months of the year. Is this a negative trend? Possibly, but we should also note that the ratio of items sold above their high estimate to those sold below their low estimate was higher during this period, perhaps a sign that the value of the material offered in the fall as a whole was not as great.

For those interested in the details of auction results, a series of charts, sortable by numerous factors, and dating as far back as 2004, can be found at the following link: www.americanaexchange.com/auctions/chart_list

Note on median prices: Those with a very sharp eye, when examining the detailed charts, may conclude that the median price went down, not up, between 2012 and 2013. That is true when adding in the results of the rapidly growing two large online houses. Their numbers are included in the charts' totals. When these are removed, and an “apples-to-apples” comparison of the traditional auctions is made, a 7% increase in median prices is observed.