A Public Library Without Books – Good or Bad? 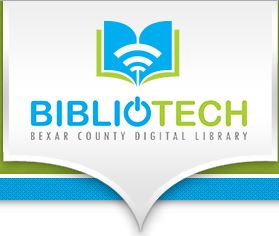 The newswires carried a story recently about a library in San Antonio. It is a library without books. While this is not a first – there are some such libraries in educational institutions – it is apparently the first community library without books. It is called “BiblioTech,” and it is located in a low-income neighborhood, though it is available to all residents of San Antonio and Bexar County, Texas (pronounced like “bear,” or if you drawl, perhaps like the aspirin, “Bayer”).

What does BiblioTech have? According to their website, 48 computer stations, 10 laptops, 40 tablets, and 600 e-readers (available for loan), including 200 preloaded for children. And, of course, zero books. E-readers can be loaded with up to five e-books and may be taken out for two weeks. After that, they automatically become nonfunctional until returned.

The library is apparently very popular. Reportedly, it is on pace to exceed 100,000 visitors in its first year. That seems a bit high, but obviously it is doing better than many libraries, some of which have become relative ghosts towns over the years. BiblioTech has struck a chord, particularly with young people. After school hours are particularly busy.

Its location in a lower income area undoubtedly has helped it achieve such success. Computers, tablets, and e-readers are not as commonly owned by people of more limited means. In wealthier neighborhoods, it's hard to imagine many families not owning at least one of these devices, and possibly all three. Those lacking access to the wired world at home are more likely to come to a library offering this service. It is hard to imagine many young people living without it.

Is a library without books a good thing? That question has been ardently debated, particularly among those in the library community, but ultimately, does it make any difference? The market will decide, which is to say, the community will decide. Those who disagree will represent a minority opinion, and the majority rules.

The reality is that printed books are a vehicle, not an end. They are a vehicle for information, education, entertainment, communication. They are not an end in themselves. Five hundred years ago, printed books were a major step up from handwritten manuscripts, in turn a step-up from stone tablets, cave drawings, and before that, simple spoken memory. They maintained a predominant role for half a millennium, but in the past century, other means of conveying information have proliferated. First there was radio, then television, and now the boundless world of the internet and digital “books.” No one is mourning the loss of stone tablets or cave drawings. If the printed book is to survive in the electronic age, it will only be because future generations continue to find books useful, not because past generations were accustomed to them.

Whither goes the library? It, too, will follow the community. We will undoubtedly see more electronic libraries in the years ahead. They may be bookless, they may have books but in reduced quantities. Their clientele will decide, and that may depend to some extent on the average age of their patrons. In time, though, it will depend on whether at least a portion of younger people still like the tactual, physical book some of the time. They will decide. Think of recorded music. Musical tapes have disappeared, and the CD may well follow them out the door, and yet the older, vinyl disc has had a resurgence, albeit as a niche item. Some young people just like the sound that comes from vinyl better than that of electronic bits. Hopefully, the same will be true of printed books, but that is for another generation to decide.

For libraries the larger question is will they remain as relevant to community needs as they are today, or will they too become niche players in the information age? Replacing paper books with electronic gadgets led to a surge in use at BiblioTech, but this library is appealing to an audience that does not own many of these devices. In time, more of it will. Hopefully, society will do more to raise people out of poverty, but even if not, the cost of these devices will continue to drop, and even those below the poverty line will own them. It will be like televisions today. Even poor people own televisions. They cost so little anymore. As more poorer people come to own devices that access the information world from home, will anyone come to libraries any more?

Now libraries provide other services. Assistance with research, locating books (or e-books) you might like to read are examples. However, try finding such assistance at places like stores any more. It's not easy. Or, try calling a bank for help. You will be wired through electronic devices that provide inhuman answers, or, if you are lucky, you will be routed to some very low wage worker in a far off land you may not be able to understand. Will economics dictate that local library personal service be replaced with distant call centers and automated machines? Libraries are generally paid for by government, and too often, attempting to reach government offices these days won't even get you to a far away call center or machine. They just don't answer the phone. Will they care any better about library service?

Of course, there is the social aspect of libraries. They provide a place where people can meet, talk, share information and friendship. But, will this even matter to a generation that does its socializing on Facebook? We, of the book generation, may not like the changes a new generation has wrought, but as an old piece of vinyl warned our parents about us years ago, our sons and our daughters are beyond our command. Indeed, the times they are a-changin'.