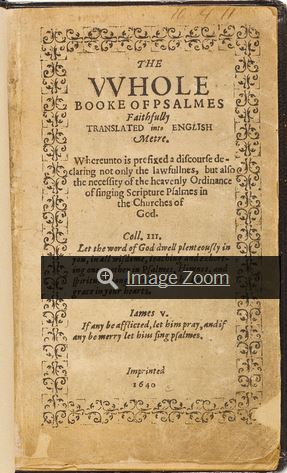 7. George Washington's letter to John Armstrong, April 25, 1788. This was Washington's year. In this letter, Washington, who was officially neutral on the proposed constitution for the United States, reveals his strong support. $1,443,750.

6. Sasha Murphy manuscript, by Samuel Beckett. This is the complete manuscript for Beckett's novel Murphy, filled with corrections and revisions, in six notebooks. $1,453,375.

5. Opera (Aeneid) by Publius Vergilius Maro (Virgil), second edition from 1470. Printed on vellum, this is the earliest obtainable edition of this great work from the ancient Roman poet. $1,855,544.

4. Francis Crick's Nobel Prize medal and diploma, from 1962. Close as to whether this qualifies as a work on paper, but the certificate for this award gets it in. Crick, along with James Watson and Maurice Wilkins, received the Nobel Prize for their discovery of DNA, the material that transfers the code of life from one individual to another. $2,270,500. Note: The check Crick received for his Nobel Prize sold for $77,675.

3. Philosophiae naturalis principia mathematica, by Sir Issac Newton, from 1687. This is a first edition presentation copy to King James II. Newton's account of the laws of motion is one of the greatest, and some consider to be the greatest scientific work ever written. $2,517,000.

2. Letter from Francis Crick to his son Michael, from March 19, 1953. Crick joins Washington with two items in the top 10. Shortly after his and Watson's discovery of DNA, Crick wrote to his 12-year-old son at boarding school, “...we think we have found the basic copying mechanism by which life comes from life.” This document has been referred to as the “secret of life” letter, and the price represented the highest price ever paid at auction for a letter. $6,059,750.

1. The Bay Psalm Book, published in 1640. This was the first book published in America (the part that is now the United States) and it now holds the honor of having achieved the highest price ever paid at auction for a printed book. The book was sold by the Old South Church in Boston (they retain another copy) and purchased by financier/philanthropist David Rubenstein, who plans to make it available on loan to several libraries so others can see it. Supposedly, the print run in 1640 was 1,700 copies, but only 11 are known to have survived. The last time one came to auction prior to this was in 1947. $14,165,000.

The entire Top 500 may be found at this link: click here.

Note on inclusion: What qualifies as a “book” or “work on paper” such as to qualify for this list? Generally, we look for one of two qualities – either it has the form of a book, or its subject matter is historical or scientific, as opposed to being artistic in nature. We see art as essentially something different, even if it is printed on paper.

A book that features works of art, or a book whose value is the beauty of its binding as opposed to the significance of its text, still makes the cut. A book is a book. However, a print or a photograph whose value is as a work of art does not. A print or photograph, or even a drawing, whose purpose is to relay information, likely about its time, place, or some event, makes the cut. We see that as, effectively, relaying unspoken text, rather than art. That, we believe, fills the traditional role of a book. Naturally, manuscripts fill this textual role and qualify for our list. Finally, items that are artistic but were meant to be part of a traditional book also qualify. Original drawings used to illustrate a book, or beautiful images taken from a disbound book, make it to this list.