The Penn Libraries Receives $5.5 Million Donation from Jay I. Kislak and the Kislak Family Foundation 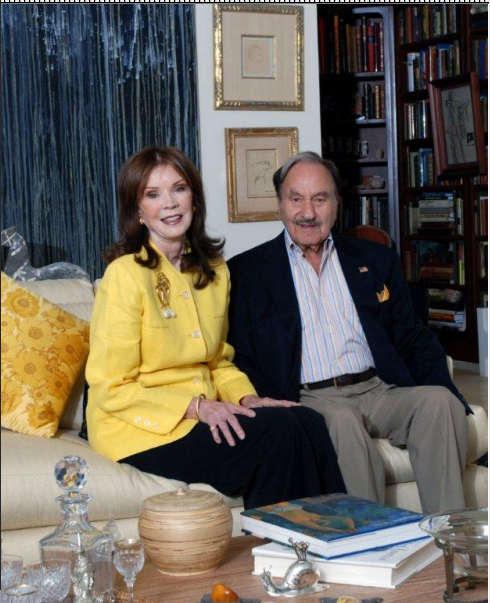 Jay I. Kislak of Miami Lakes, Florida, now in his eighties and making what he always collected, history, has given $5.5 million to the Kislak Center for Special Collections, Rare Books and Manuscripts at the University of Pennsylvania.  This contribution follows his gift a decade ago “of more than 3,000 books and other objects” to the Library of Congress.

The following is a news release from Penn Libraries announcing the gift.

The Penn Libraries Receives $5.5 Million Donation from Jay I. Kislak and the Kislak Family Foundation

The Kislak Center for Special Collections, Rare Books and Manuscripts Marks the Beginning of a New Era for the Penn Libraries

This past November, the Penn Libraries celebrated the official naming of the Kislak Center for Special Collections, Rare Books and Manuscripts, the final capstone in its $17 million capital campaign to renovate the 5th and 6th floors of the Van Pelt – Dietrich Library Center. The new, 27,000-square-foot space is named for Jay I. Kislak and his family. Mr. Kislak is an avid collector of books and artifacts and a longtime supporter of the University. A graduate of the Wharton School in 1943, he is the first of three generations of his family to graduate from the University of Pennsylvania. Younger generations include his son Philip T. Kislak, who graduated in 1970, and his granddaughter Elizabeth Kislak, who also graduated from the Wharton School in 2010.

“Preserving cultural history and making materials from the past available to researchers has always been my passion,” said Mr. Kislak. “Through the renovation of this space, the Penn Libraries have shown their commitment and leadership in the field, particularly in the digital humanities. My family and I could not be more pleased to support their endeavors.”

Mr. Kislak, a native of New Jersey, served as a Naval Aviator in the Second World War upon graduating from the Wharton School. In the 1950s, he moved to Florida and expanded his family’s business into a privately held real estate and financial services empire. Mr. Kislak’s passion for rare books, manuscripts and historical artifacts began early. Starting first with books, he began to focus his collecting interests on Florida and the Americas, later turning to art and artifacts. Collaborating with his wife, Jean, he assembled widely diverse collections encompassing many interest areas, including a major focus on polar exploration and early globalization. In 2004, more than 3,000 books and other objects from their collection became a gift to the nation, now known as the Jay I. Kislak Collection at the Library of Congress in Washington D.C.

Like the Penn Libraries, a leader in making primary resource materials available for scholarship,?Mr. Kislak has made his collections available for research through his family collections, through the Jay I. Kislak Foundation and gallery, and through the donation to the Library of Congress. In recognition of his efforts to preserve cultural heritage, Mr. Kislak was appointed by President George W. Bush to head the U.S. State Department’s Cultural Property Advisory Committee from 2003 through 2008 and, in 2013, received the Encomienda of the Order of Merit Civil from the King of Spain, among other awards and appointments.

“The naming of the Kislak Center for Special Collections, Rare Books and Manuscripts marks an important point in the University Libraries’ history,” observed President Amy Gutmann. “The redesign of this space is truly emblematic of the Libraries’ central role in the integration and dissemination of learning at the University, and we are honored to have Jay, a recognized collector, support this important project in such a significant way.”

The $5.5 million Kislak gift to the Penn Libraries represents the largest cash contribution from an individual donor in the Libraries’ history. It also marks the completion of the Penn Libraries’ $17 million capital campaign to complete a major overhaul of the 5th and 6th floors of the Van Pelt-Dietrich Library Center. As part of its renovation plan, the newly named Kislak Center for Special Collections, Rare Books and Manuscripts has expanded its footprint and scope, now encompassing the Annenberg Rare Book and Manuscript Library, the Furness Memorial Shakespeare Library, the Edgar Fahs Smith Memorial Collection and the Schoenberg Institute for Manuscript Studies.

Dr. William Noel, a distinguished art historian and curator who was recently recognized by the White House as a Champion of Change for his work in the digital humanities, became the inaugural Director of the Kislak Center for Special Collections, Rare Books and Manuscripts and the Schoenberg Institute for Manuscript Studies in the fall of 2012. In reflecting on the new space Dr. Noel observed, “The Kislak Center is a beautiful space, masterfully crafted for the new requirements of a field that is being transformed for the 21st century.”

In addition to providing the funding necessary to round out the Penn Libraries’ $17 million capital campaign for the Kislak Center for Special Collections, Rare Books and Manuscripts, the Kislak gift will help to support the Libraries’ existing engaging and exciting programs and to implement new programming in the 27,000-square-foot space. The Kislak Center has been specially redesigned to allow several different groups to interact with objects of study simultaneously, increasing the use of primary resources in the University’s curriculum and access to the Libraries’ resources for the larger scholarly community. Prior to the renovation, the Rare Book and Manuscript Library had been serving nearly 200 classes and more than 2,000 students, faculty, and outside researchers per year. On average, these users consulted 7,500 items including books, manuscripts and materials in other formats. Since its debut in April 2013, the new Kislak Center, with its sleek, modern design, has quickly become prime real estate for both students and faculty. The Kislak Center staff expects to see an influx of users in the 2013-2014

academic year, as the reconfigured physical space makes it possible for new forms of learning to take place. The Kislak gift will also include a few prized possessions from Mr. Kislak’s rare books and manuscripts collection, adding to the Center’s already impressive and growing collection.

“The Penn Libraries are proud to accept this legacy gift. We could not imagine a more fitting match between a Penn collector and the University’s own collections,” stated Carton Rogers, Vice Provost and Director of the Libraries. He added, “The Kislak Center will truly be a social and cultural commons for the entire university.”

The Penn Libraries will celebrate the Kislak family’s contribution to this important project on Wednesday, November 20.

About the Kislak Foundations

The Kislak Family Foundation is a private philanthropic foundation established in 1993 to support education, arts and humanities, and other worthwhile charitable endeavors in the United States and abroad. Based in Miami Lakes, Florida, the foundation provides donations to a wide range of nonprofit organizations and projects.

The Jay I. Kislak Foundation, established in 1984, is a private nonprofit cultural institution engaged in the collection, conservation, research and interpretation of rare books, manuscripts, maps and indigenous art and cultural artifacts of the Americas and other parts of the world. Kislak collections are rich in primary research materials on the history of Florida, the Caribbean and Mesoamerica, with special emphasis on native cultures, their contact with Europeans and the colonial period to about 1820.