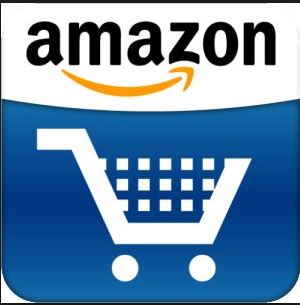 Another wrench was thrown in the works of those who are attempting to force internet retailers to collect out-of-state sales tax. Two years ago, Illinois attempted to force out-of-state retailers with over $1 million in annual sales, though having only the most tenuous of connections to Illinois, to collect that state's sales tax. Now, the Illinois Supreme Court has said "no."

The rush to charge sales tax on internet purchases can be traced to the company that was born in books - Amazon.com. Of course, books are only a small part of what this internet behemoth now sells. States, which depend on sales tax for much of their income, looked longingly at Amazon. If only there was a way to make them collect sales tax from customers within their borders. For the most part, there was no way.

Long ago, the U.S. Supreme Court ruled that an out-of-state retailer could only be forced to collect a state's sales tax from in-state customers if they had a “nexus” with the state. Their conclusion was based on the Constitution granting the federal government the exclusive right to regulate interstate commerce. “Nexus” would provide enough contact between retailer and state to make the transaction intrastate rather than interstate commerce, subject to state regulation. Generally, “nexus” was considered to be some sort of in-state presence, such as a sales office, employees, a warehouse, or, of course, a store. Most internet retailers, like the direct mail companies that preceded them, have no such presence. They take and ship orders from outside of the state. There is no nexus, so there is no requirement to collect sales tax. That is why most internet orders you place do not have a sales tax charge.

In recent years, some states have tried to define “nexus” more broadly so as to be able to demand the collection of tax. Illinois was one such state. They passed what has aptly become known as the “Amazon Law.” It declared so-called in-state “agents” to in effect be Amazon employees, creating nexus. Amazon has such “agents” all across the country. These are people who run their own websites and send leads to Amazon in return for a commission. They are not Amazon employees, not what one might traditionally think closely enough related to Amazon to create a “nexus.”

The Illinois Supreme Court struck down the “Amazon Law,” though interestingly enough, not on constitutional grounds. The Illinois Court cited the relatively recent Internet Tax Freedom Act of 2000 for its decision. That act prohibits discriminatory taxation on electronic commerce. Requiring taxes be collected because of advertising posted online by “agents,” but not because of advertising placed on television or in print, it ruled was internet discriminatory. The agent/nexus issue was left to be decided another day.

The last time the U.S. Supreme Court visited this issue, it lay down a route to states requiring out-of-state retailers to collect sales taxes on all transactions with customers located within their state. Since the federal government has the constitutional authority to regulate commerce, it could pass a law requiring out-of-state retailers to collect sales taxes all across the country. That, they implied, would pass constitutional muster. Naturally, a coalition of state governments and “Main Street” retailers immediately came together to induce Congress to pass such a bill. They helped to write it, now known as the Marketplace Fairness Act of 2013. Oddly enough, one of its supporters is the company whose existence, and repeated fight not to be compelled to collect sales taxes, led to this whole situation – Amazon. As Amazon has grown, it has opened warehouses in many states across the country to save time and money. It is already forced by the old “nexus” standard to collect sales taxes in many states. It now finds itself at the same competitive disadvantage as “Main Street” retailers versus internet companies with a presence in just one state.

The Marketplace Fairness Act of 2013 has already passed the Senate handily, on a 69-27 vote. One might think anti-tax conservatives would oppose the bill, but it drew a wide, nonpartisan coalition. Pressure from local, “Main Street” retailers, who believe they are at a competitive disadvantage, swayed a lot of votes. Technically, it isn't a new tax anyway, as each sales tax state also has a use tax, which states you are supposed to assess yourself and pay a “use tax” in the same amount as your local sales tax when you buy from a retailer who does not collect the sales tax. However, very few people actually pay this tax. Maybe even you.

The President has pledged to sign the bill. That leaves the House of Representatives, where the bill is currently attempting to work its way through the morass which is their bureaucracy. Sometimes bills that would pass if voted up or down never make it to the floor. What happens with this one remains uncertain. Interestingly, polls have shown a majority oppose the bill, with a particular concentration of young people, who undoubtedly are prime internet consumers. “Main Street” may be a foreign country to many of them. We will have to wait to determine the outcome, but estimates are that $24 billion in revenue for the states hangs in the balance.