In The News: They Are Still Making New Manuscripts, But Not Old Books 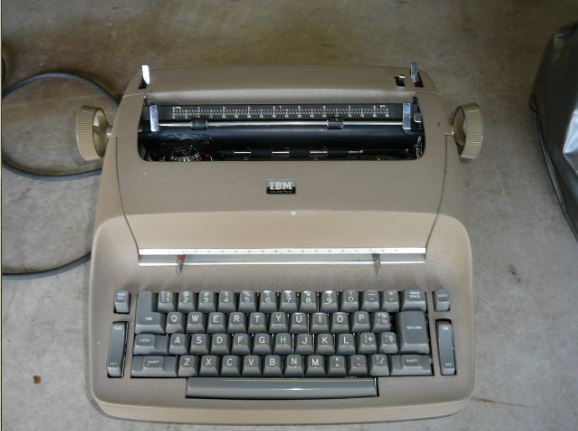 The latest in word processing technology.

Perhaps the saddest thing about computers, email and the like, is what it means for the old documents generations have preserved, studied, and collected. We aren't making them any more. No one writes letters now, except maybe a few old or very well-mannered younger people. We send an email. It's fast and cheap. And, if that's not fast enough, we send a text message or an instant message. Or, we can post a message on Facebook if we need to reach a lot of friends. Facebook has replaced those cumbersome photocopied letters people used to send out at Christmas. Letters now can be transmitted instantaneously around the world for free, allowing for quick response. It's almost like talking on the telephone (something people do not use telephones for any longer – just ask your children).

Some of these forms, notably emails, and Facebook postings (often to our chagrin) can be preserved in their electronic format for a long time. However, even these are unlikely to be permanent. Someday you will delete the old ones, or your hard drive will crash and erase them. Facebook postings will eventually be deleted after we are gone. And even if they aren't deleted, these messages are not collectible. You can't hold them in your hands, put them on the shelf, admire them. They are at best like electronic books – useful from the standpoint of practicality, useless in terms of collectibility.


So, why would anyone ever return to the old method of putting messages on paper when all aspects of convenience favor electronic letters? Maybe there is a reason after all. We may have to thank Edward Snowden for this, even if he is a man with few friends these days. His revelation of the amount of electronic eavesdropping and digging into people's personal records has begun to make people nervous about their electronic records. Big Brother may be watching after all. It just took about 30 years longer than George Orwell imagined.


The news out of Russia is interesting, even if not quite a trend. It was reported that Russia's Federal Guard Service (FSO), charged with protecting the secrecy of Kremlin documents, has placed an order with a German company for 20 typewriters. Typewriters! Who knew they even made them anymore? An FSO source reportedly told Russian newspaper Izvestia that after all the reports of leaks of electronic documents, including Snowden's and the earlier Wikileaks, they have come to see the value in paper documents. Naturally, they cannot be intercepted by some hacker thousands of miles away. If one does escape somehow, it can be traced, because unlike digital copies, all of which are identical, typewriters leave their individual finger, or ink, prints. The guilty party more readily can be traced.


This is not to predict a massive return to paper documents. The world moves forward, not back. However, it will be good for future generations if at least some of our important documents are put to paper. Then, one hundred years from now, collectors will be able to find something with which to remember our generation too, not just earlier ones.


A couple of other stories in the news remind us of an old adage about old books (or was that real estate?) - they aren't making them any more. Newer books may become old, but today's old books are finite in number, and that number can (and will) only get smaller.


In Calgary, Alberta, Canada, major flooding of the Bow and Elbow Rivers earlier this summer inundated much of the downtown area. Thousands of people were forced to evacuate their homes. According to the Calgary Sun, one of the victims was Tom Williams Books, being located in a basement shop on 17th Avenue S.E. Most of some 200,000 volumes were reportedly destroyed. While most would likely fall into the category of used books, some were antiquarian, collectible titles. For each, that is one fewer copy remaining in existence.


From Gloucester in England, another 6,000 books were extensively damaged or destroyed in a fire in a storage room that police have attributed to arson. Again, fortunately, not too many were highly valuable books, with the owner, a bookseller, estimating the best had a value around $1,000. As in Calgary, the business will have to be closed, or at a minimum continued in a much reduced state. A suspect has been arrested. Slowly, though intractably, the supply declines.