Who'll be on the postage stamp? 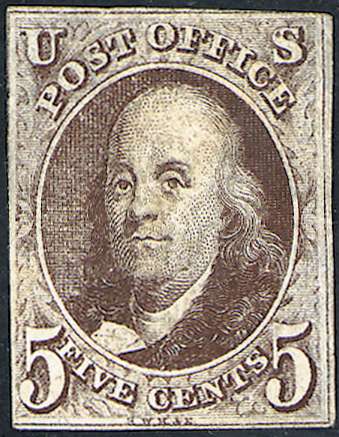 The first U.S. stamp to feature a book collector

The post office has been having a tough go.  Founded in 1775 and brought to life by Benjamin Franklin, the idea was to provide delivery of news and documents between random places on a predictable schedule at a minimal cost.  Recently things have not been working out.  Bills that once arrived by mail now increasingly arrive by email, while payments too are increasingly transfers rather than checks.  Newspapers, weeklies in particular, used to arrive by mail.  Now, their advertising drained by Internet competition, they too are limping into oblivion.   Even flyers, the post office’s mainstay twenty years ago, are becoming electronic and when still in print are increasingly found inserted into newspapers that are both grateful for the revenue and happy for the bulk to restore, if only for a moment, the weight that newspapers used to have.  It isn’t pretty.

The problem is that the Post Office has become a battlefield.  Conservatives want the post office to disappear; liberals and traditionalists want it to continue to provide paper communications between parties at a nominal expense.  The Republican strategy is to limit the post office to the services it has been providing.  Democrats support an expansion.  Republicans favor letting private enterprise handle your mail and complain that postal employees are overpaid.  Their answer is to fire ‘em.

My local postman suggested that the first class stamp increase in price to cover the actual cost.  My approach is a bit more nuanced.  I’d let them sell advertising.


Getting your face on a stamp is easier than getting it on Mount Rushmore but it's still not easy.  Since 2007, you don't have to be in a box to be on a stamp but you still have to have political sway.  It should be easier and it would be profitable.


Could Apple Computer design an amazing set of ten first class stamps?  Absolutely.  So would Google.  Many companies would be interested and the price would be determined by competitive bidding.  Perhaps a single commercial stamp could be issued monthly.  If so, Steve Jobs will be on an American stamp next year.  He’s already on Mozambique and Hungarian stamps.


There should also be a public service sector.  This category wouldn’t require a winning bid.  In this category the voting would be online just like American Idol.  A series of the important librarians of the 20th century would bring out 50 million votes from the institutions themselves and the millions who use their services every day.


Finally, there should be an option to use one of several pre-set forms to paste baby pictures and other personal announcements onto small quantities of stamps.  You’d bring in your image and the post office would directly print it onto sheets of 50.  Can you think of a nicer way to say I love you on Valentine’s Day - or announce the birth of a baby, retirement or a hole in one?


The Post Office has been part of our lives and I for one would like that relationship to be enduring.  To be so changes will be required.


Here are some other random subjects for postage stamps:

Or how about stolen objects.  "Didn't I see this volume on a stamp recently?"


Taken together the post office, an abiding element in everyday life can, with some imagination, find a way to meet its obligations, support its staff and continue to be a bridge between government and the people.


So here’s hoping.  And while I’m waiting I’m working on my design for AE postage stamps.  And if you are a folio member here’s a hint.  Send me your photograph.  Cheese!