A Transaction Reversed: AbeBooks Sells Chrislands Back to Founder 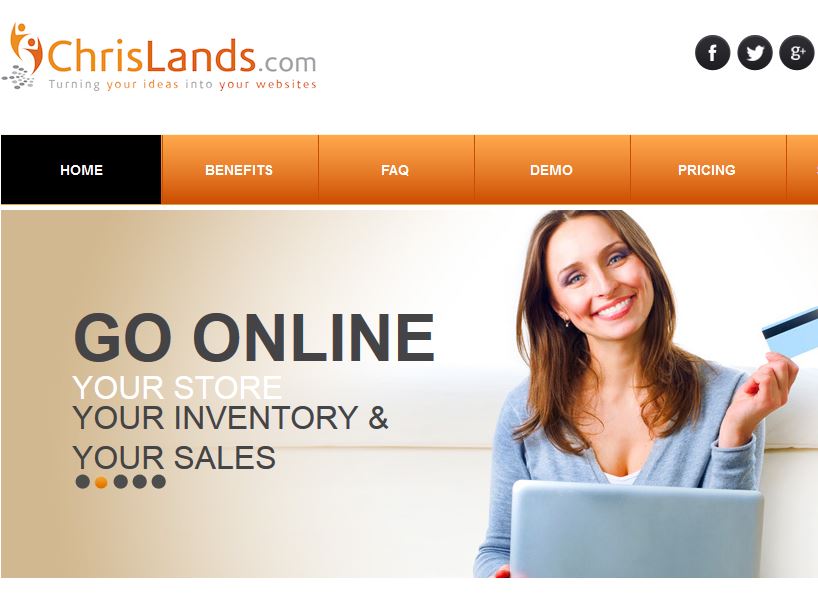 Back to the future - Chrislands is single and free again.

Five years ago, amid great fanfare, it was announced that AbeBooks was purchasing Chrislands, the bookseller's website hosting service. At the beginning of May 2013, almost exactly five years later, it was announced that Chrislands had been sold back to one of its co-founders, Jaymes Sorbel. The explanation given was the suitably vague “We [AbeBooks and Jaymes] have come to the conclusion that ChrisLands needs to be independent.” Obviously, they reached a totally different conclusion in 2008. At that time, Abe CEO Hannes Blum stated in a press release, “Chrislands is a perfect fit for us.” Chrislands' other co-founder, Lance Christen, said, “we’ll be able to offer a better product by working closely with AbeBooks.com and its affiliated companies.” What changed?

The world changed. While we can't know exactly why the two parties decided to split, we can see that the marketplace has changed in five years. So, perhaps, has management's focus. AbeBooks was an acquisitive company back in 2008, roughly purchasing a book-related company a year. In 2004, it was Spanish book site IberLibro, in 2005 BookFinder, in 2006 FillZ and later a 40% stake in Library Thing, and in 2008 Chrislands. Later that year, Abe itself was purchased by Amazon.com, and its only purchase since then was struggling European competitor ZVAB in 2010.


In 2008, AbeBooks officially explained it made purchases based on three factors: the company was book-related, successful, and possessed an opportunity for growth. We aren't in a position to know whether Chrislands fulfilled these promises. Certainly, it is still book-related, success is a subjective, eye-of-the-beholder test, and whether it has achieved growth is unknown to us. However, there was something else that may have been a factor in selecting this particular successful, growing, book-related business in 2008 that may no longer be as much of a concern for AbeBooks. We look back to an interview conducted by Book Patrol on seattlepi.com at the time with Dr. Blum.


The interviewer asked Dr. Blum why this purchase was made, but not before observing, “It would seem that one of the greatest threats facing AbeBooks would be in the booksellers building of their own websites. Coupled with Google’s dominance in the search arena and Amazon’s far reach and you potentially have a situation where the user will eventually bypass the traditional 3rd party books sites like AbeBooks...” Abe's CEO is quoted in response, “Booksellers realize that they have to offer books for sale through as many different ‘channels’ as possible. Before the internet, that meant auctions, book fairs and catalogs as well as bricks and mortar bookstores. Today, the same rule applies and we accept that sellers are going to sell through other online marketplaces and also develop their own retail websites. We understand this and accept this. This is a part of the online bookselling world that we want to be involved with – Chrislands already does a great job and has fantastic potential. We’re not straying away from online bookselling but simply making sure we have a strong presence in another developing area of internet bookselling.”


Why does AbeBooks no longer need a presence in this other area of internet bookselling? In 2008, Abe likely saw Chrislands, or at least the concept of cooperative individual bookseller websites, as more of a threat to their business model. Booksellers loved Abe in the beginning, but numerous price increases and other demands later, that relationship had become more tense. Some dealers looked for alternatives. Add the interviewer's comment about “Google’s dominance in the search arena” to “another developing area of internet bookselling” and you have a potentially dangerous mix for aggregators like Abe.


In 2008, the idea that Google could become a powerful aggregator, not just of books but of everything, seemed like a serious possibility. Google had an advantage. They weren't listing products themselves. They would pick up listings from the sellers' own websites and enable customers to sort them in a useable order. You could search for books almost the way you could on a traditional aggregator's site. However, Google did not have to deal with the expenses of listing books and interacting with dealers since they picked up the listings from someone else's site. Therefore, they did not have to charge fees. They could make money through advertising and offering a check-out service for those who needed one. Booksellers (like everyone else) like free.


Google opened a specific product search in 2002 under the name “Froogle.” It developed slowly, but in 2007, Google renamed it “Google Product Search” and ramped up the service. By 2008, one could imagine it becoming a serious threat to even Amazon. And, Google was showing an especially keen interest in books, as it developed its massive database of scanned books under the name “Google Books.” That might have provided an extremely good place to promote books found through “Google Product Search.” It is no wonder AbeBooks would have wanted to own the company that built and operated the largest number of individual booksellers' personal websites.


A lot has changed since 2008. Google never became the force in shopping, and particularly the book field, it appeared it might. Do you search for books or anything else by going to Google Shopping (successor to Google Product Search) instead of Amazon, eBay, a regular Google web search, or AbeBooks (for books)? I thought not. Google Shopping is now another pay-to-play service like the other sites. Meanwhile, Google Books has been bogged down in lawsuits for years with no end in sight. Their interest appears to have waned. Google seems to be focused elsewhere. They are involved in such fields as wearable computers and driverless cars. How exciting are old books to them now?


So, some combination of dealer websites and Google no longer appears much of a threat to Abe. Meanwhile, though books are still an important part of Amazon's business, they are hardly the focus any more. In their early days, books were the next big thing. That is no longer the case. Most booksellers would likely acknowledge these as tougher times, not the growth era of the late 1990s and early 2000s. Chrislands may have appeared more of a distraction than an opportunity today for Amazon/AbeBooks. It likely belongs in the hands of a small, privately and personally run business than in those of an internet giant. We suspect that is what AbeBooks and Chrislands' old management concluded recently.