Is the Field Museum Considering a $50 Million Book Sale? 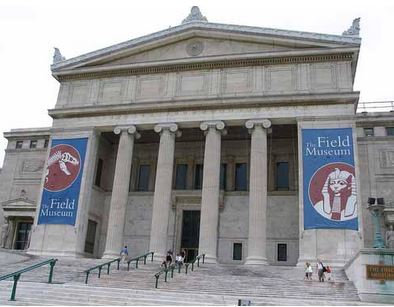 In an article published last month, the Chicago Tribune reported that the Field Museum was considering selling some of its artifacts. Specifically considered was the museum's rare book collection. The Tribune reported that a committee evaluating its financial situation determined that the collection could bring up to $50 million. Within a day, the local NBC affiliate reported that spokeswoman Nancy O'Shea had stated there are “no plans at this time to sell any more collections.” That is not exactly a “Shermanesque” statement, but serves as a placeholder for now until some more definitive conclusion is reached.

The Field is not going out of business. It is one of the nation's foremost natural and human history museums. Nonetheless, it faces financial challenges. In 2004, the museum decided to sell off most of its collection of Catlin paintings. George Catlin was an artist from the first half of the 19th century who went west to paint Indians in their still mostly unspoiled habitat. They had owned the paintings almost since the museum opened in 1893. At the time of the sale, the museum said that they did not fit in with their mission and funds could best be used for other collections. However, while it may have sounded at the time that the funds would be used exclusively to purchase other artifacts more suitable to their mission, at least some of the proceeds went towards salaries.


In late 2010, according to the Tribune, a consulting firm recommended a thorough evaluation of the museum's assets, and it was from this that an estimate of $30-$50 million for the rare books was determined. Meanwhile, in December 2012, the museum announced that it would try to cut costs by $5 million annually, and raise its endowment by $100 million. Later, an early retirement offer was made to a substantial number of its curators. Considering its financial goals, one can easily see that much progress could be made towards achieving them if the museum determines that its rare books, like the Catlins before, are no longer critical to its mission.


The Field possesses one spectacular book in particular that might well bring the highest price ever paid at auction for a printed book. That record is held by John James Audubon's Birds of America, the double elephant folio first edition. A copy of that item sold for approximately $11.5 million in 2010. The Field Museum holds a copy of that same book, and it is almost certainly more valuable than the 2010 auction copy. It is one of but two or three copies produced containing the 13 extra “composite” plates that Audubon ordered up. These are prints that were created by combining images from two different plates on the same page. Six of each image were made, but only three were meant to be bound into copies of Birds of America – Audubon's personal copy, plus those he gave to friends Benjamin Phillips and Edward Harris. Harris' copy, however, was unlikely ever bound, leaving just two. The Field has the Phillips' copy.


This is not so much a story about the Field Museum as an issue of our times, one that may be faced more in the years ahead as curators deal with issues of shrinking budgets and widening collections. Ultimately, the Field will do just fine. Smaller institutional collectors may not do so well. This is an issue of which both dealers and collectors of books need to be aware. It can affect the market.


If the Field Museum feels compelled to at least think of selling its books, what about smaller institutions, with tighter budgets and less access to major resources? Museums, libraries, rare book rooms, both private and university related, are all under pressure. While most collectors simply put their books on a shelf, maintenance, climate control, supervision, security are all costs associated with institutional collections. It's not like once they buy or are given a book, the costs go away. They go on forever, even if many of those books are rarely if ever accessed.


With the advent of digital copies, institutions who collected rare books primarily for research may feel there is no longer a compelling reason to maintain these collections. For others, the existence of electronic copies may provide an excuse for disposing of their copies. Collecting habits are changing, and while the market at the top appears strong, mid-priced material often struggles. The quantity of books offered at auction the past two years has been increasing, and an unexpected additional supply can have an impact. Pricing is, after all, a matter of supply and demand. For those who buy and sell books, it is wise to always keep a hand on the pulse of the market.