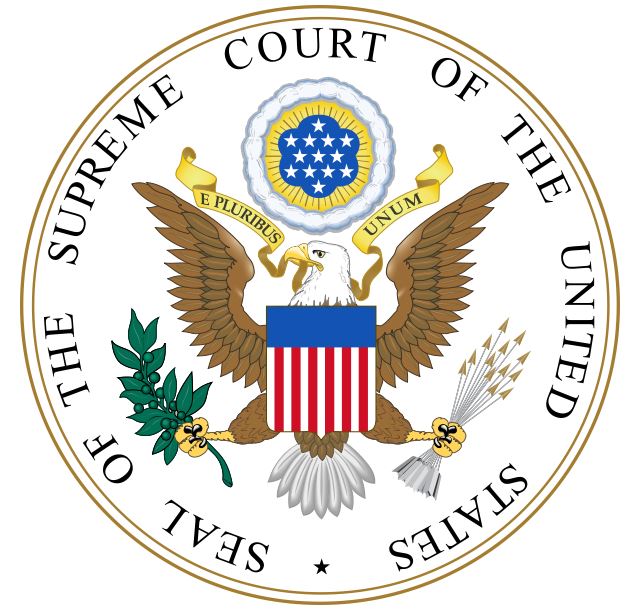 Seal of the Supreme Court.

In a major case that pitted used book sellers, libraries, museums and other retailers against book publishers, the U.S. Supreme Court came down squarely on the booksellers' side. The Court ruled that publishers may not use copyright law to prevent the owners of used books published abroad from reselling, loaning, or giving them away. You may not have realized this was even an issue, but had the lower court rulings been upheld, you might have found yourself on the losing end of a lawsuit for such behavior. No wonder such organizations as Powell's Books and the American Library Association banded together to fight this case all the way to the Supreme Court. It took an unusual coalition of Supreme Court justices, three liberals and three conservatives, to win this decision 6-3 for the booksellers and their allies.

Technically, the winner in this case was one Supap Kirtsaeng. Kirtsaeng was a student from Thailand who came to America to study at Cornell. When he went to purchase his schoolbooks, he noticed they were much more expensive in America than in Thailand. He also realized that the books were essentially the same. Kirtsaeng had good business instincts. He called the folks back home in Thailand and asked them to buy a bunch of textbooks and ship them to him. Kirtsaeng then put them up for sale, saving his student customers a bundle while making a nice profit for himself.


Publisher John Wiley and Sons was not amused. Their Thai books are stamped with a copyright notice that says they may not be exported to nations such as America. They sued Kirtsaeng.


Wiley publishes editions of its textbooks in Thailand and sells them much cheaper there. The average Thai student evidently is not as well off financially as the typical American, at least that's what Wiley believes. They realized they could sell for substantially higher prices in America. Wiley's actions can be interpreted in two ways. Wiley argues that what it is doing is making affordable instruction available to young people in poorer countries who otherwise would never get the chance to lift themselves up. This is altruism in action. They explained the cheap pricing is only possible because the costs of producing the books (other than printing) are covered by sales in America. American students, however, may have interpreted Wiley's actions as more akin to price gouging. Either way, motivation was not the issue that motivated the Supreme Court's decision. For the Court, it came down to a question of law.


The reason you can resell your used books, even though they are copyrighted by the publisher, is something called the “first sale” doctrine. This doctrine says that once the first sale has been made legally under the copyright law, the next owners are free to sell those goods indefinitely, regardless of copyright claims. So, you cannot copy a copyrighted item and sell it. That is not legal under copyright law. But, if the copyright holder sells you a book, you can resell your legally purchased copy. The publisher cannot place a notice in the book saying the purchaser may not resell his copy. Once he has purchased it, he may do as he pleases.


And yet, the contrary is exactly what Wiley printed in their books. At least, their notice limited where the used copies could be sold, in contradiction to the “first sale” doctrine that says purchasers may do as they please with the books they buy. Wiley's noticed stated, “This book is authorized for sale in Europe, Asia, Africa, and the Middle East only and may be not exported out of these territories.” However, Kirtsaeng did precisely what this warning claimed to prohibit. He exported the books out of those territories and resold them in America.


Wiley won its suit, both in the trial and in its appeal to the second highest court in the land. Kirtsaeng, who reportedly made around $100,000 selling the books, was assessed damages of $600,000. He appealed to the Supreme Court.


The case turned on something of a legal technicality in the wording of the statute. At least that's what the decision says. Sometimes, I think, courts first figure out what they think is right, and then fit the law to reach the “right” verdict. The key factor in this case was whether the word “under” in the statute implied a geographical or non-geographical meaning. Non-legal minds might think this legalistic nitpicking, but all of those booksellers and librarians, and Mr. Kirtsaeng, who just saved $600,000, are breathing a sigh of relief. Here's how the ruling went down.


As noted, the “first sale” doctrine allows a buyer to resell his books and other merchandise legally purchased as he sees fit. However, that doctrine applies only to goods “lawfully made under this title” (U.S. copyright law). Wiley argued a geographical meaning to the terminology “under this title.” Books published under U.S. copyright law, the publisher argued, are books published in America. Books published in Thailand are not published “under” American copyright law, they said. American law has a geographical limitation. It applies to America. Therefore, they concluded, the “first sale” doctrine of American law does not apply to books printed somewhere else.


This argument led to all kinds of conniptions from booksellers, librarians, and resellers of other affected products, such as records and high-tech gadgets. Did this mean they would have to track down the manufacturer of everything produced overseas and ask for permission to sell their used copy? The American Library Association asked whether their members would need to seek publisher permission to loan the estimated 200 million foreign published books in their possession. Powell's stated that used book dealers have assumed for centuries the “first sale” doctrine applied to the books they sold. The bookseller argued, “Used-book dealers tell us that, from the time when Benjamin Franklin and Thomas Jefferson built commercial and personal libraries of foreign books, American readers have bought used books published and printed abroad.” Were Franklin and Jefferson involved illegal trade?