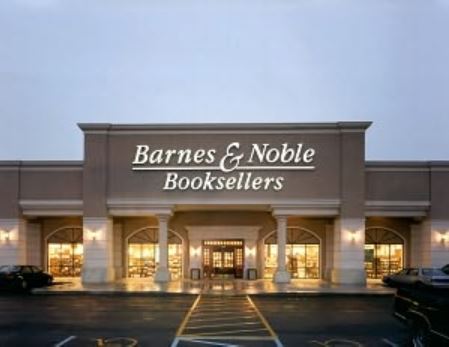 If the typical, private bookseller is finding these to be complicated times for retail, then perhaps they can sympathize with their dreaded competitor from the 1990s, Barnes & Noble. Barnes & Noble swept through the new book business twenty years ago, leaving a string of failed private bookshops in their wake. Few could compete once the mega-store came to town, with its large selection, comfortable chairs for reading, coffee and pastries. For many, it was the booksellers' version of Wal-Mart vs. Main Street. We all know how that turned out.

Now, twenty years have passed, and it's Barnes & Noble that is fighting for its life. Amazon has stolen much of its sales by selling online. They do not carry the overhead of local stores, enabling them to sell for lower prices. Add to that Amazon's strategy of accepting low margins so as to dominate a business and it is hard for anyone to compete on price. With high volumes shipping from central locations, Amazon is also in the best position to stock the largest inventory and widest selection of titles. The tables have turned on B&N and now the world watches to see if they can find a way out of their predicament, or do they go the way of their once greatest rival, Borders.


As if this wasn't enough, a few years ago, Amazon began heavily promoting electronic books. They developed their Kindle e-reader and began selling e-books at prices even lower than their discounted print editions. A bad situation for B&N quickly became worse. A minority, but still significant percentage of book sales moved to this new, paper-free format.


So, Barnes & Noble reacted. They decided to go head to head with Amazon in this new form. That would not be easy – competing in a format even more suitable to internet retailing than was paper books, which had to be shipped. B&N's one advantage – instant gratification – would not be an advantage with e-books. Nonetheless, B&N felt they had one advantage – that of being able to display their e-readers and show customers how to use them. And then there was one more positive for B&N. Though this was not their field, they came out with a very good e-reader, one many consumers preferred to the Kindle. And, B&N quickly made their Nook even more – an electronic reader with features of a tablet computer, such as email and internet access. They had a product that could compete with Apple for the tablet market as well as Amazon for the e-reader market.


Barnes & Noble did a great job with this new medium, but still they suffered from one major disadvantage. B&N is small. They have nowhere near the financial clout of an Amazon or Apple. Their Nook was like Research in Motion's Blackberry competing against Apple's iPhone for the smart phone market. Or, like Main Street competing against Wal-Mart for retail goods. Size matters. It is hard to compete against the behemoths, and besides which, not many people thought of Barnes & Noble as a technology company. Sales early on were very good for the Nook, but as time has gone by, sales have declined, even if it is a very nice product. Sales of Nook e-readers and e-books dropped by 25% during the most recent holiday season. B&N simply does not have comparable marketing prowess to the giants.


Sales have slipped despite a sizable cash investment last year by Microsoft. B&N separated its Nook division from the rest of its business, drawing in $300 million from Microsoft, which is belatedly trying to catch Apple in the latest technology. If you had owned Barnes & Noble's stock before the Microsoft investment, you could have doubled your money when that news was announced. However, it has not been enough to stem the tide, and most of those gains in the company's stock disappeared as the year wore on. Meanwhile, Microsoft has developed its own tablet, though it is hardly setting the world on fire.


What is next for Barnes & Noble? There are lots of rumors. Reports are that B&N's founder and Chairman, Leonard Riggio, is contemplating making a bid for just the stores. The stores, though struggling, are still profitable and their all-important cash flow is positive. The Nook division, however, is losing money and burning cash, though it is a participant in tomorrow's technology, rather than yesterday's retailing. However, the losses have not stopped B&N from entering new deals with several Hollywood studios to obtain rights to videos for display on their Nooks. It's full speed ahead, even while losses mount. Some have speculated that Microsoft might make a bid for for the rest of the Nook division (it owns 16.8% already). Of course, by the time Microsoft gets around to investing in new technology, it's old technology. Can a PC-focused company save the Nook when it is unclear PCs can save themselves? Curiouser and curiouser!” cried Alice.