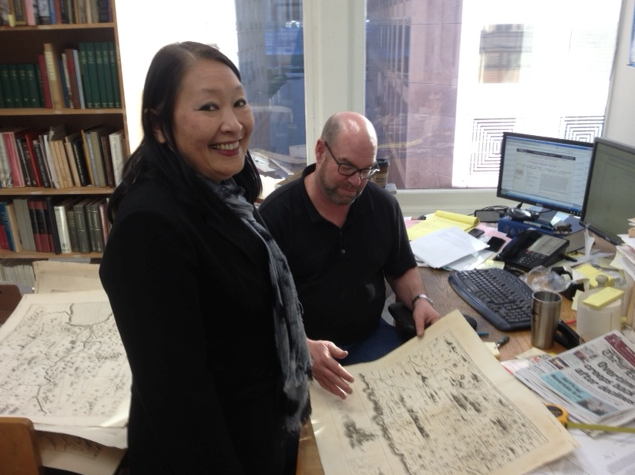 On January 1st Sharon Gee acquired PBA Galleries in San Francisco.  PBA has a long history of service to the book, manuscript, map and ephemera trade, as well as to collectors and institutions.  Its presence on the West Coast in San Francisco has provided regional liquidity for more than fifty years.  In 2012 the firm offered approximately 10,000 lots in 25 sales and is one of the busiest auction houses in the field.

In making calls for reactions I encountered the opinion that “new ownership will be a strong positive for PBA,” a view offered by two long time observers both of whom added “but the road has not always been smooth.”  A decade ago Roger Wagner of San Diego acquired the firm, providing the financial resources and steadying hand that saved the company when it was going through a difficult period.  Today it is Ms. Gee who will see the company through to its next iteration.


The auction business has always been challenging.  During the Wagner years the firm rebuilt its position at the confluence of buyers and sellers by developing a broader market via the Internet.  “San Francisco is a book city and California a book state but we live in a book world.  Mr. Wagner gave us the support and resources to become a firm that sells around the world,” according to Bruce MacMakin, the firm’s Executive Vice President.


John Creighton of nearby Brick Row Books added, “it took a few years but the problems of a decade ago are gone, and in my view forgotten.  It’s great to have a serious auction house in downtown San Francisco.”


The firm has a long and storied history.  Maurice Powers organized the firm in 1955 as California Book Auction Galleries.  Over the next 35 years it moved within the city from Sutter to McAllister, on to Golden Gate Avenue and eventually to Mission Street where, on the steps of the bankruptcy court, Butterfield’s purchased the name and mailing list while leaving the nucleus of the firm intact.  Within months most of the original team had resurrected the Lazarus-like firm under its new name – Pacific Book Auction Galleries.  Today the lone survivor of this transition, Bruce MacMakin, is its Executive Vice President.


In 2008 the firm experienced, as did the entire auction field, the serious economic downturn brought on by the Wall Street meltdown, but the firm survived the challenging period and emerged as strong as ever. Under the new ownership Ms. Gee, whose background is in marketing, confirms the firm is continuing to concentrate on obtaining important consignments, provide expert descriptions and bring sales to the attention of bidders worldwide.  “The firm has a remarkable past but I understand we will be measured by how we advance.”


George Fox, the firm’s grey-haired rainmaker, sitting in his office and behind a mountain of yet-to-be-solds, spreads his arms to encompass the many treasures he’s brought in that are stacked up and waiting for consideration, “soon enough they’ll be in the rooms and on their way to collectors.” As a benediction he adds although its already obvious, “we all enjoy working here.”