What Do Newsweek and Twinkies Have in Common? 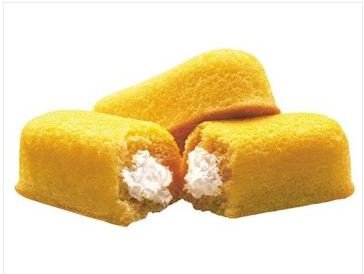 Food for the soul? No, that's not it. Unless you have spent the last few weeks hiding under a rock, you undoubtedly know that both will cease to exist as we have known them. Newsweek, the venerable weekly news magazine, was founded in 1933 as an alternative to Time. It has spent most of the past 80 years as number 2, but still a large circulation, successful alternative. However, the past few years have been rocky – declining circulation, sales to new ownership, and mergers dotting the way. Ultimately, they were but a delaying tactic. Newsweek's story is the same as that of so many other newspapers and magazines. Free, instant news from the internet stole their audience. Paper and ink could not compete with electronic impulses. Newsweek will continue in a different form. No more paper and ink, it will no longer appear on newsstands, no longer show up in your mailbox. It will, instead, become a website only. Why there is a need for a weekly review of the news website in a day when people want news the moment it happens is unclear, but we wish them well. Presumably, they will at least offer a more thorough presentation.

The end of Newsweek was a brief story. Most heard about it, but if anyone rushed out to the newsstand to pick up some last copies, it did not make the news wires. It was nice to have known you, goodbye. The Twinkies story was more momentous. People did fly to their grocers to pick up last available packages of these favorites, and the other snack cakes made by the dying Hostess Brands. Newsweek was respected, Twinkies are an icon.


The demise of Twinkies is a bit more complicated a story. They were invented three years before Newsweek, and they and the stable of Hostess cakes have filled grocers' shelves from coast to coast for generations. Changing tastes, and particularly more focus on healthy foods, hurt their popularity, but their parent bakery's bankruptcies - it is now on its second – costly reorganization, debts, Wall Street ownership, and an unwillingness by some workers to accept further wage cuts, signaled their end. They will not be replaced by digital versions, nor by carrots either, no matter what nutritionists tell us. Rights to their brands will likely be bought by someone else, who will then bake “new” Twinkies. Whether they will be the same is anyone's guess. Replicating the astonishing list of ingredients won't be easy.


It is that list of ingredients, along with the iconic name, that made Twinkies such a symbol of 20th century America. It is also what makes this story appropriate for a book website. Five years ago, I reviewed the book Twinkie, Deconstructed, by Steve Ettlinger, for this website. Click here for the review. The author tracked down the myriad of strange sounding ingredients and what role each played in creating a Twinkie. Suffice it to say, a single Twinkie has more ingredients then a typical seven-course dinner, and most of them are unfamiliar and difficult to pronounce.


The strange ingredients led to much bad press for the Twinkie. It may have been unfair. The ingredients in a Twinkie, like fresh fruits and vegetables, arise from the good earth. The only difference is, instead of being grown, they are mined. Some people are troubled by this.


While Twinkies were the star, Hostess provided many other varieties of snack cakes, and delicious as they were, I would only put Twinkies in the middle. Superior, in my estimation, were the Suzy Q's, with the greatest quantity of Hostess's chemically wondrous “creme” filling, their cupcakes with the squiggly lines on top (among the ingredients in those squiggly lines is pig fat), and greatest of all, nature's perfect food, the Sno Ball. An unscientific lifelong survey tells me that 90% of the public detests these pink and white round combinations of coconut, marshmallow, chocolate cake, and, of course, “creme.” For the other 10%, they are the most wonderful things ever created. Count me in the 10%.


Going down with the Hostess cakes is another classic American brand owned by its corporate parent – Wonder Bread. Probably every young person of my generation ate sandwiches made with Wonder Bread everyday for their entire youth, such was its popularity. Wonder Bread was the whitest of white breads, thoroughly bleached of anything that might conceivably be good for you. Somehow, it still “built strong bodies 12 ways,” but nutritionally certainly wasn't one of those twelve ways. I can't imagine what they were.