ALDE: A Book Auction Sale at Rossini’s in Paris 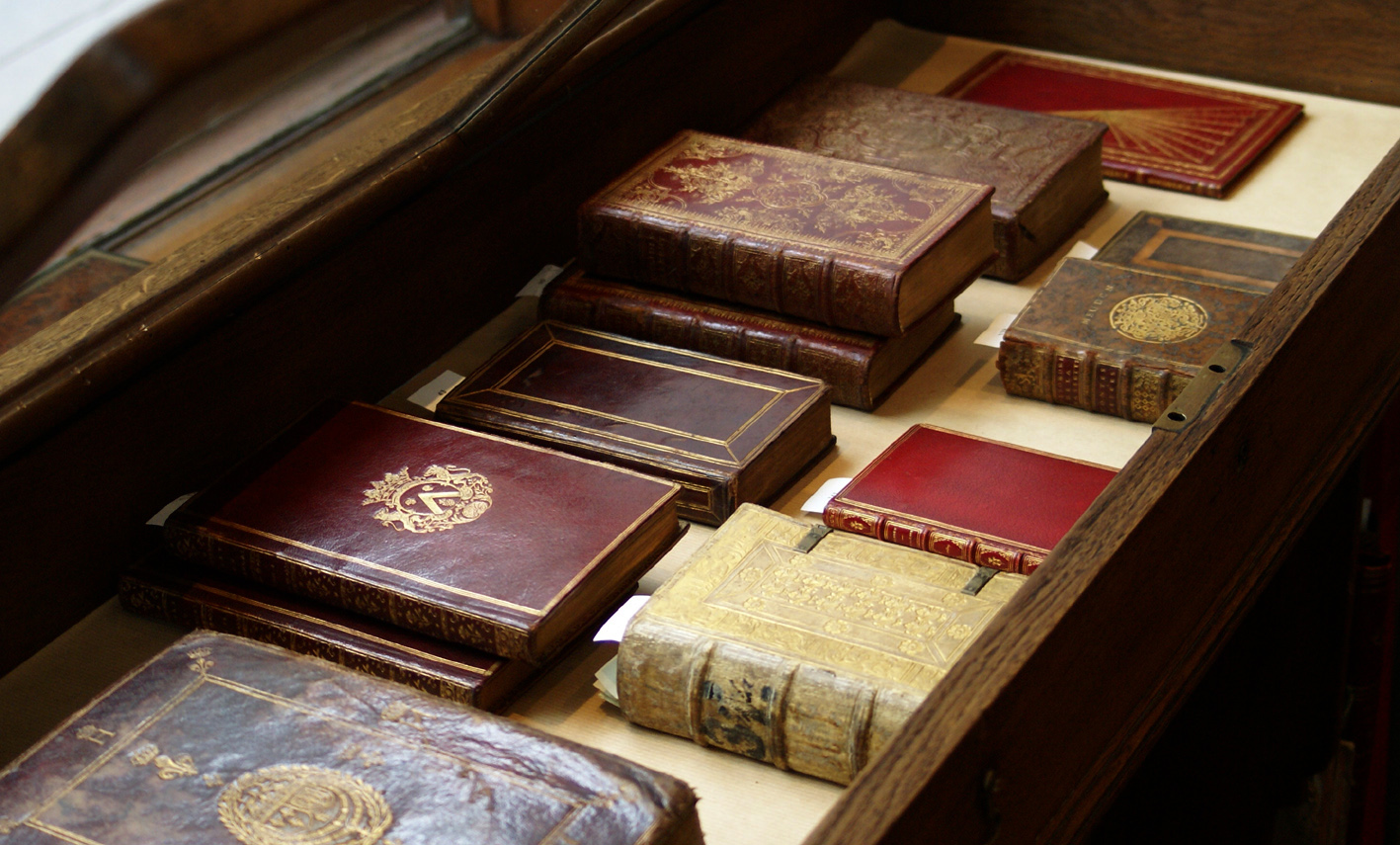 “I run the one and only French auction sale house exclusively dedicated to books and manuscripts”, proudly states the 39-year-old Jérôme Delcamp. As a matter of fact, the name of his auction house, Alde, is a tribute to the Venetian printer of the Renaissance, Aldus Manutius - known in France as Alde Manuce. “When I created my business in 2004, I decided to stick to my first love, books.” As a matter of fact, Mr. Delcamp tries not to mingle too much with other specialities and chose, for the sale of October the 31st, not to rent a room at Drouot. He went just across the road instead, at “ la salle Rossini ”. “It is an independant venue, he says. The idea is to avoid the flood of curious during the exposition. People who know nothing about old books keep on coming at us with annoying questions and create disturbances during the sale itself. At Rossini’s, we enjoy a quieter atmosphere.”

On that very day, the items of the sale were stored in glass chests, at the back of the room. The buyers would constantly take a look at them, as if trying to compensate for the photographs projected on a wide screen. Books used to be shown by handlers, one by one, as called for by the auctioneer - it is now over. A voluble sexagenarian architect sitting beside me, just can’t get used to it : “ It is so far from the spirit of old books”, he sighed. There was a time when you could even walk to the stand where the physical books were exposed and take a look at them while the auction was going on. Some items would even pass from hand to hand across the room. Other times, other customs.


“First of all, says Mr. Delcamp, the less you manipulate an old book, the better. Handlers, for instance, are not always careful enough – they have damaged many books over the years. Plus, it creates disturbances.” The cruel march of modernity... Another sign of the times is the increasing number of absentee bids collected via the internet. “We also send a lot of pictures by email,” says Mr. Delcamp. “It has become as important as the printed catalogue itself. Of course, you can still freely look at the books at my bookshop before a sale.” His bookshop is called Giraud-Badin, it is located right in front of his auction house, close to the Parc du Luxembourg, not too far from La Sorbonne, in the heart of Paris. Mr. Delcamp bought it two years ago.


The sale of October the 31st was an ordinary one, composed of 300 items coming from 20 or so different clients. “It was a good sale”, says Mr. Delcamp. But some prices seemed to be quite low and my voluble architect friend felt the same : “ Some even say old books will sell less and less until the day nobody buys them any more. What do you think ?” Indeed, books seem to be losing of their glory. The elites used to consider them as the source of their knowledge and power. Nowadays, mathematics rule – and the power of books slowly fades away. To Mr. Delcamp, the market remains “steady ”. He admits, nevertheless, that whereas books of exception tend to sell pretty good, it has become hard to sell the “ordinary” ones. Our architect giggled : “ The cheaper the prices, the better... for me ! ” As long as buyers think this way, old books have bright days ahead.


Ups and downs of a sale


“It was disappointing, says Mr. Delcamp. This is an interesting book, relating the conquest of Portugal by Spain in 1580. The binding was attractive, though...” The book never met the reserve price – but it was not in the best of condition : it had foxing all through-out and the binding was not that tight.


One of the two main items of the sale, a XVIth century book of hours with gorgeous figures. Seven pages of the catalogue were dedicated to this beauty from another time but it did not go over 60,000 euros. To Mr. Delcamp, it is not a bad result : “ The book was simply very justly estimated. ” As a matter of fact, an expert from Paris, Bertrand Meaudre, had been specially called upon for this particular book. The other items had been expertised by Dominique Courvoisier.