Hundreds of Thousand of Books Win a Reprieve... for Now 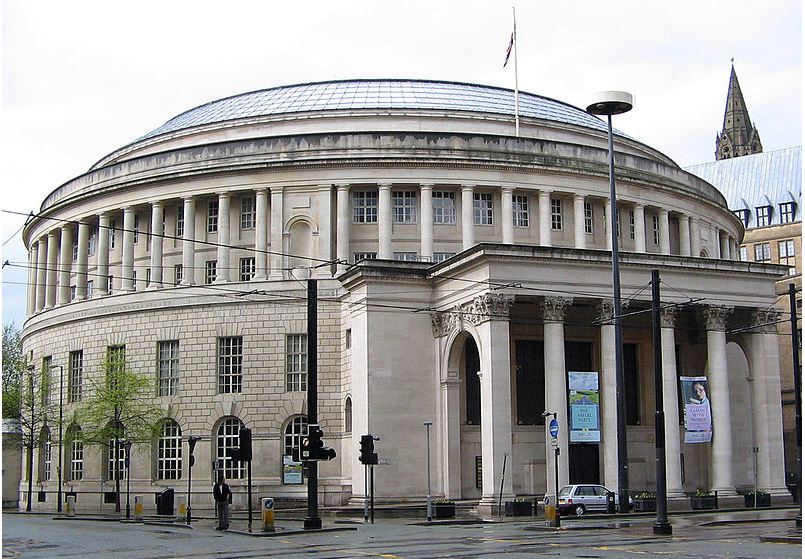 Hundreds of thousands of books headed for destruction by the Manchester (U.K.) libraries have won a reprieve, the result of a campaign by various English literary and academic figures. Their ultimate fate remains in doubt, this being a temporary reprieve. However, they will be placed in storage until a final determination is made, rather than being turned into pulp immediately.

The central library in Manchester is currently under renovation. Built during the Great Depression, it has needed updating at various times. Recently, it was decided a major overhaul was necessary to bring the facilities up to date. The result is it has been closed down to the public, and is expected to remain so until the spring of 2014.


Among the aims of the renovation project are to create more display space for the books, and to create “more room for new services and attractions.” One of the ways for opening up new space apparently is to remove something in the area of 200,000 – 300,000 books currently in what is called the “old stacks.” These are described as non-fiction reference works. Library policy provides that no longer needed books are to be offered to other libraries or non-profits that want them, but if none do, they are to be “recycled.” To library and city officials responsible for the project, this material is either out of date, duplicate copies, or in such poor condition that refurbishment is not economically viable. Others take a different point of view.


Early last summer, a group, spearheaded by Britain's Manchester based poet laureate, Carol Ann Duffy, and others of literary and academic standing, petitioned the library to stop the destruction. In their statement, the signers of the petition stated, “we are concerned that far too much of this irreplaceable collection is in danger of being lost forever.” They also requested an accounting of what has already been destroyed, who is making the decisions, and why such a large number of books are being removed. The statement concluded by saying the books are not owned by the council, but by the people. “It is they, not politicians and bureaucrats, who need to have a say in what happens to this valuable Mancunian treasure,” the letter concluded.


Last month, the petitioners got their wish, at least for now. It was decided the books would be placed in storage until a final determination can be made. Library officials denied what they described as a rumor that the books were being discarded because there would be insufficient shelf space in the new library. Rather, they claimed, there would be more available. They repeated that the books were outdated, duplicates or obsolete, which, if accurate, would logically lead to the same decision later on, after expenditures are made to move and temporarily store them. No decision has been made. It was simply kicked down the road.


This is hardly just an issue for Manchester. Libraries all over the world deal with this problem. Many have regular deaccession programs where old books are disposed of at library sales and the like. However, many books are not even desired at such fairs, and there is a largely unspoken process at many libraries where books are simply discarded. It is often easier and cheaper to simply throw out a book than to try to find a new home for one that is not particularly loved. The problem is that we tend to have a deep discomfort with tossing out books. It conjures up images of book burning, deliberate attempts to deny knowledge to the people. We really want our old books to go to new homes, not dumpsters, and even more, we wish our libraries would just keep everything. Those who must cram increasing collections into the same space understand this is not always possible.


Books targeted for destruction by the Manchester Library are said to date back as far as 1850. A reference from that era is likely rare and perhaps irreplaceable. However, it is also something that no one is likely to look at again for years, if ever. Maintaining thousands of books because a few people may look at a handful of them over many years is a strain on libraries, too great a strain in an era when budgets are particularly tight. Our hearts and our heads diverge on this issue, but ultimately, it's our heads that must figure out how to pay the bills.


Hopefully, this temporary reprieve will afford more time to thoroughly examine what is slated for destruction, and those books worthy of redemption will be saved. Nevertheless, this debate will be repeated over and over at more and more libraries as we move deeper into the digital age. What really needs to happen is for copyright issues to be resolved and these books to be digitized, making them readily searched and easily accessible by people everywhere. The reality is books that are “saved” by retaining them in some seldom used stacks of some library are not going to be used anyway. We simply don't access information that way any more. It may be comforting to know that original copies remain preserved in the bowels of a library somewhere, but it is information, not paper and ink, that most needs to be saved. If that information is to be preserved, and just as importantly, actually used, it must be made available the way people access information today - digitally.