Who Legally Owns This Signed Photograph? 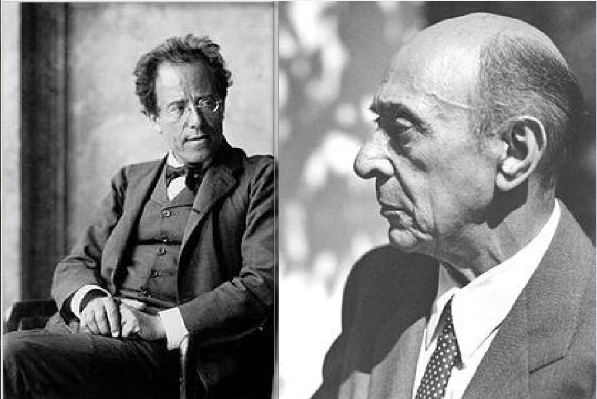 The New York Times recently reported on an ownership dispute in the works on paper field, in this case a signed photograph. It pitted the family of the individual who was originally given the photograph against an unrelated individual who now has it in his possession. This is a difficult subject for those in the books and works on paper field, it coming up all too frequently now. However, this one is not the same as most we hear of today, where a private individual and possessor is pitted against a government agency that once owned the paper. There, rules are frequently more clearly stated, and where they are, it is generally the possessor who holds the short stick. In this case, the dispute is between two private parties.

The picture was that of Gustav Mahler, a notable Viennese musical composer at the turn of the previous century. The recipient was Arnold Schoenberg, a younger man and admirer, and himself a notable composer. Schoenberg was also from Vienna, but later emigrated to America. It is believed the photograph was signed and given to Schoenberg in 1907. Certainly, it was no later than 1911, as that is when Mahler died. Schoenberg lived until 1951. He obviously treasured the picture of his mentor. A photograph of Schoenberg in his Vienna home shows the Mahler photograph in the background.


Schoenberg's daughter said she remembered seeing the photograph in her father's study in the 1950s. This would mean the picture came with him to America. She said she realized it was missing in the late 1980s when she was examining her father's archives. Only the frame was still there. It did not show up on an inventory of those archives taken in the early 1970s either.


Recently, the Schoenbergs became aware that Cliff Fraser of Los Angeles was offering the photograph for sale. They at first expressed an interest in buying it, but Fraser wanted a lot of money, and they became convinced the photograph came into his hands wrongly. That is not to say Mr. Fraser had done anything wrong, just that somewhere in the chain of possession between the 1950s and the present, it had wrongfully been removed from the Schoenbergs' possession.


This would sound very suspicious, a 35-year-old emergency room technician and late in life college student from Los Angeles possessing a photograph that clearly once belonged to the Schoenberg family from Austria. The Schoenbergs claimed that their father, who admired Mahler, never would have given this photograph away, nor would his wife and widow, who would have understood his wishes. However, Fraser came back with a plausible explanation. He produced a notarized statement from his grandmother, now in her 90s, saying her late husband had received the photograph as a gift from his teacher, Josef Schmid, when they lived in Brooklyn, before moving to California in 1958. Apparently, Schmid was a great admirer of Schoenberg, sent him letters, and Fraser says he even knows of a photograph of the two together. Perhaps Schoenberg gave it to Schmid. Additionally, Schmid was said to have studied under Alban Berg, a student of Schoenberg, so the photograph may have been given to Berg and then Schmid.


So, what happens if the two parties are not able to reach a settlement on the issue? Is the photograph Fraser's or the Schoenbergs'? It brings to mind cases where old government documents, most likely intentionally disposed of years ago, either sold, given away, or trashed, are seized from collectors. The government agency may have given the stuff away a century or two ago when it seemed to have no value, but statutes have been passed in many states that say it still is government property. Collectors may prevail if they can find a sales receipt, presuming one ever existed, but even if it did, who would keep it a hundred years? Collectors are forced to return items perhaps legitimately in their family for generations, or purchased from others who held them legitimately, because a statute enacted only recently says, retrospectively, it is still government property.


However, those cases are ruled by specific statutes that give the government priority over the holder. Without such laws, and this is a private person vs. private person, we probably can revert to the old adage: possession is 90% of ownership. It seems to me unlikely that Schoenberg or his wife would ever have given away what must have been a family treasure. Nor can one imagine why Berg or Schmid or both would do the same with a signed photograph of a notable composer if it were given to them. Still, if Fraser can show his grandfather was connected to someone who knew Schoenberg, or that he studied under a pupil of Schoenberg, that is quite a coincidence. It certainly establishes how the photo could have ended up in Fraser's possession without any wrongdoing on his part. Perhaps one of the earlier associates of Schoenberg in the chain “borrowed” the photograph from Schoenberg and forgot to return it? Or maybe Fraser's elderly grandmother has forgotten exactly what happened years ago? It's an interesting case, and one that hopefully you, as a collector, will never have to personally face.


A Letter to the Editor has been received regarding this story. Click here to read.