Forged Signatures from an eBay Seller Leads to Conviction 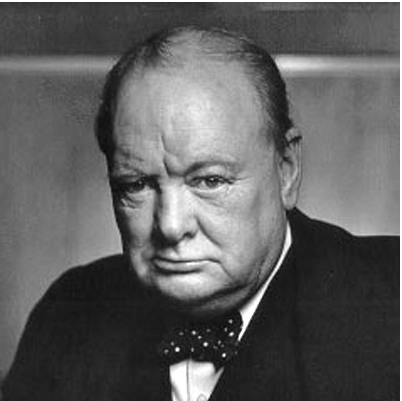 There is always a great temptation to go around dealers and other experts to buy significant works on paper. Prices are lower on eBay and from amateurs. Sometimes, cheaper doesn't always work out. The first question that needs always be raised when buying collectibles is “is it authentic?” So many collectors have tripped over this bump in the road. Authenticity is not much of an issue if you are buying a $10 or $20 item. Few people would try to forge such a cheap thing, and if they did, you don't have much to lose anyway. When you start spending thousands of dollars, however, it is time to watch out. You are either about to become a very lucky buyer, or yet another victim of fraud.

Books can be faked, though reproducing a good imitation of an old book is not easy. The price needs to get up there quite a ways for this fraud to make sense. However, there is a much easier fraud and its examples probably fill the shelves of many an unsuspecting collector – autographs. Anyone can look at a famous person's signature and copy it inside of a book. An expert will be able to spot most fakes quickly, but the average book collector probably can't. And, this takes us to a small-time eBay seller in England and collectors in England and America. A lesson learned so many times in the past has been learned once again in the present.


Allan Formhals, of Milford-on-sea, was put on trial for fraud for selling books with forged signatures in them. The most common of the alleged forgeries was that of Winston Churchill, although Robert Louis Stevenson, Oliver Cromwell, J.R.R. Tolkien, Queen Elizabeth I, and Marie Antoinette were also there. According to the allegation, Mr. Formhals had an associate buy books at thrift shops, and picked up some at recycling centers and car boot sales. Time out. What is a “car boot sale?” This is a British term with which Americans may be unfamiliar. A “car boot” is what inhabitants on the east side of the pond call a car trunk. Sellers gather at a particular location and sell goods out of the trunks of their cars. It's what Americans would refer to as a “flea market.” If you learn nothing about buying signed books from this story, at least you will have learned what a “car boot sale” is.


According to the complaint, Formhals would buy these books for around £2 (about $3.25 in U.S. currency), add the signatures, and then resell them for greatly inflated prices. He sold them on eBay, advertising the books as “signed.” Mr. Formhals claimed he did not add the signatures and believed them to be real. However, he also said he was not an expert on books, and noted that he advertised them as “signed,” not “signed by.” Technically, a “Winston Churchill” signature, signed by, say, Allan Formhals, would be signed “Winston Churchill,” though not signed by Winston Churchill. Note the subtlety. Perhaps he was astonished to find out that buyers made the assumption the signature was actually written by the person whose name it spelled out. Then again, perhaps he expected buyers would make precisely that incorrect assumption.


Collector Kim Taylor-Smith did not make the correct distinction between “signed” and “signed by,” and reportedly purchased 68 items signed “Winston Churchill.” He may have been encouraged to believe they were “signed by” Mr. Churchill by a story Mr. Formhals allegedly told him. According to the charge, he was not told the books were gathered at car boot sales and the like, but that they came from the collection of Neville Duke, a local World War II flying ace who was friendly with Churchill and had died in 2007. The result of all this was the collector bought the books for around £10,000 (US $16,000). All seemed well enough until the collector decided to take some of the books to a Churchill expert for authentication. It was there that he was informed that every last one of them was a forgery.


Another collector, Basil Boatright III, who who came all the way from Texas to testify, said that he had paid $43,500 for the items with the “Churchill” signatures. He testified that he was aware that Churchill was interested in aviation, so the connection to a flying ace seemed plausible.


When the verdict came down late last month, Formhals was convicted on eight counts of fraud and two of possessing articles for use in fraud. He was cleared on two other counts of fraud while the jury could not reach a decision on the remaining three.