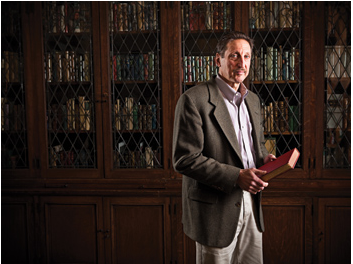 Several months ago we approached Clarence Wolf of George S. MacManus Company in Bryn Mawr, Pennsylvania for permission to include the company’s catalogues in the AED.  He agreed and we have since been building a MacManus resource file.  As of today we have added 24,965 of their records dating from the late 1930’s to the early 1980’s and in time expect to include about 75,000 records reflecting the ebb and flow of their almost 8 decades as booksellers.  These records tell an interesting story of intensifying specialization, growing interest and rising prices.

Mr. MacManus’s history in the trade traces to Philadelphia in the 1930s.  The initial effort was modest, the economy dismal.  You sold what you could for what price you could get.  In 1937 Ben Wolf, Clarence Wolf’s father, joined the firm and the company began a gradual transition from generalist to rare book specialist, a transition whose forward progress can be seen in the firm’s decision in 1949 to become a founding member of the Antiquarian Bookseller’s Association of America.  From then on the firm would sell both plebian and patrician volumes and become architect to many of the important American collections built over the following 50 years.


In 1967 George died and the firm continued under Ben Wolf.  Clarence, the firm’s president today, assumed control in 1972 and a stronger, deeper antiquarian thread emerged in the cataloguing, an emphasis that continues today.


Clarence Wolf, in looking back, recalls the salad days - in the 1960s-1980s, “when we could issue a catalogue, sell half within 3 months, another third over the balance of the first year and then sell most of the rest in the second year.  We could do this over and over year after year.  We spent our energy searching, knowing that if we found good material we could sell it.”   “Norman Kane, today an important dealer in Americana, was with our firm for ten of these years, establishing the MacManus presence in important literature.   “The MacManus Company has been fortunate to have a great team.”

In the modern era the rules have changed.  “The field has become a world of the impossible to get and easy to sell on the one side and the less appreciated, often overlooked that is selling for modest prices.  Great material is the currency today, the lesser, but not necessarily unimportant or uninteresting material, the loose change.”


This transition has not been without its benefits.  “In my view it has never been more possible to build complex, ground-breaking collections with greater depth and at lower cost.”  More inventory and complex databases have made it possible to quantify subjects.  “Our challenge has been to find a place in this emerging thinking.”


“We at MacManus have been privileged for 80 years to be part of the history of rare books.  We look to future to be part of its future.”


AE members using the advanced search and selecting MacManus as the source will find the history of the firm and its books on full display.  For others searching the full AED we are providing, at last count, 3,659,647 records, up 160,000 in the recent quarter.


For nearly 80 years, the George S. MacManus Company has bought and sold rare and important books. Based in the Philadelphia area, our clients span the globe. Our inventory of over 45,000 catalogued titles focuses primarily on 18th and 19th century Americana with specialties such as Voyages and Travels, Local Histories, Indians and the West and the Civil War. Also included in our collection are English and American literary first editions, Limited Edition Club selections and Books about Books.

We issue catalogues on various subjects several times throughout the year and frequently customize special lists for our clients. Upon request we are also able to generate smaller lists. We are always interested in purchasing good individual books or entire libraries.

Here are links to their website as well as their email and telephone number.