E-Books: A Tentative Settlement, a Challenge, and Some Lower Prices 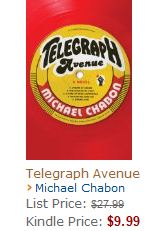 The battle over e-book pricing that has ensnared Amazon, Apple, five book publishers, and the U.S. Department of Justice, took some more strange turns over the past few weeks. Some parties have settled, some fight on, some even wish to overturn the settlements. Meanwhile, the effect of some of the settlements has already begun to show up as Amazon lowered the price of some electronic books from $12.99 and $14.99 to $9.99, prices they set before the whole controversy erupted.

To briefly recap what you may already know, Amazon pioneered the e-book business, selling electronic books regularly in the $9.99 price range. That is substantially lower than printed copies, and for Amazon, left little room for profit. At times they sold for a loss. That was fine with Amazon. Their strategy was long term. They wanted to sell lots of their Kindle e-book readers, and dominate the electronic book field. The strategy appeared to be working as they controlled around 90% of the market.

However, book publishers, though getting their desired price from Amazon, were still uneasy. They saw cheap e-books as potentially eroding more expensive paper book sales, and feared the long term consequences of Amazon dominating the retail market. They wanted e-book prices to rise, so consumers would not become accustomed to low prices, and other retailers would be willing to enter the market.

Into this mix came Apple. Apple wanted to sell e-books too, but not for low margins. Apple likes to make lots of money now. So Apple agreed to sell e-books, provided they could charge more, yet still not be embarrassed by Amazon undercutting their prices. Apple and the book publishers had something in common – a desire to see e-book prices rise. So, five publishers and Apple agreed to contracts. These contracts specified that the publishers would now use what is known as the “agency model” to sell books. Instead of selling books at a wholesale price, and allowing retailers to decide what price they would charge, the publishers set the retail prices, and then charged a percentage of that price to the retailers. In other words, the model assured that all retailers would sell books for the same price. With Amazon no longer being able to sell for less, Apple, and others, felt free to enter the e-book retailing business.

The U.S. Department of Justice cried “foul.” This is price-fixing, they said. The D.O.J. sued. Three of the publishers blinked. HarperCollins, Hachette, and Simon & Schuster agreed to discontinue the agency model. Penguin, Macmillan, and Apple did not. Apple not only did not agree to the settlement, but is challenging the right of the others to agree to the settlement. After all, they have entered into an agreement with the publishers that provides for agency model pricing, so, they say, the publishers have no right to agree to a settlement that infringes on their contracts. If their contracts are illegal, then a court of law must determine so, not some private parties agreeing to abridge Apple's contracts. Apple seeks to strike down the settlements and uphold their “agency” contracts.

That has not stopped Amazon from acting quickly. Already, we are seeing $9.99 e-books return to the Amazon website where new agreements have been reached with the settling publishers. How do consumers feel? Apple and others have argued that the agency model is good for consumers because it enables more vendors to compete. Usually, consumers like competition. However, where you are selling a commodity item – all units are the same, as is the case with e-books – my guess is that consumers prefer to have one vendor who sells for less, than a whole mess of vendors, all charging the same higher price, from which to choose.