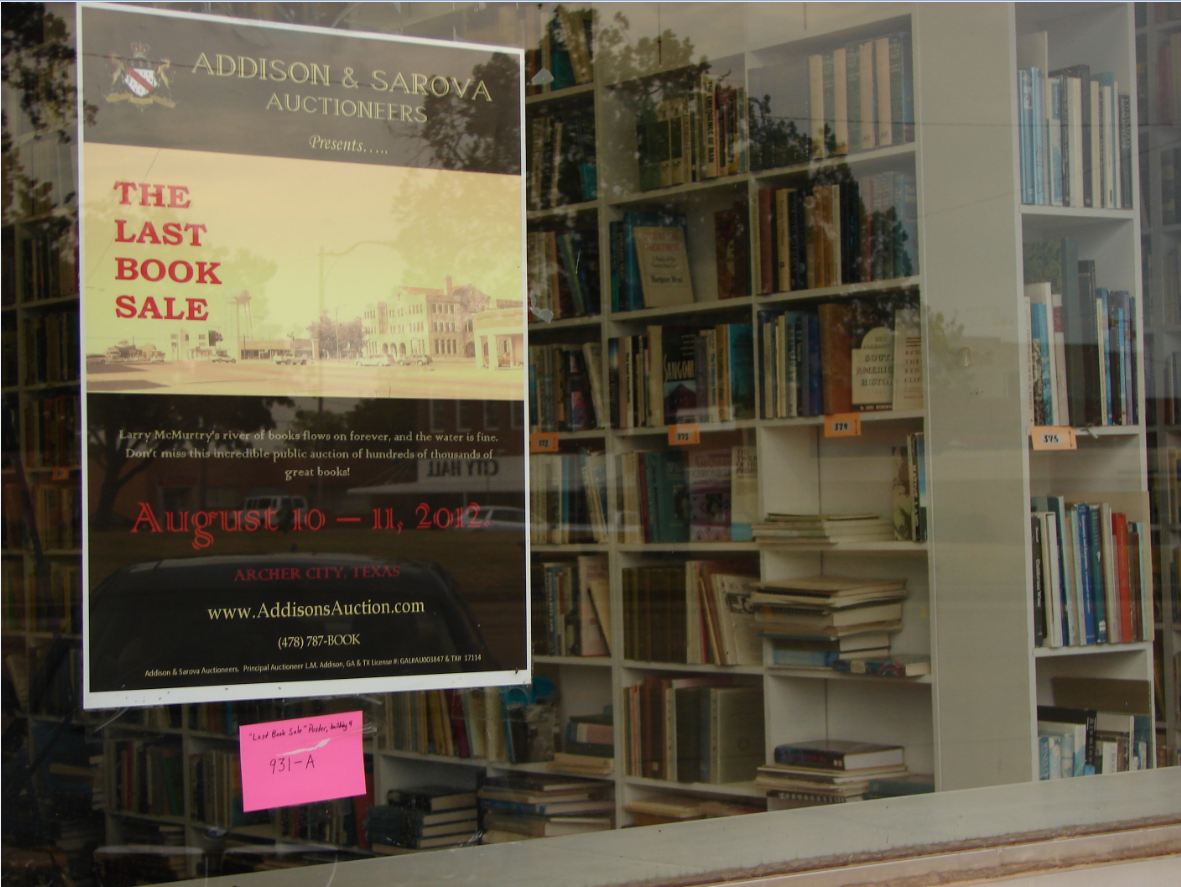 The Last Book Sale (a play on author McMurtry's The Last Picture Show) was not a going out of business sale. Mr. McMurtry will continue in the business, a remaining stock of some 150,000 titles still making Booked Up one of the larger shops in the country. However, at the age of 76, Mr. McMurtry determined this was an appropriate time to downsize a bit.