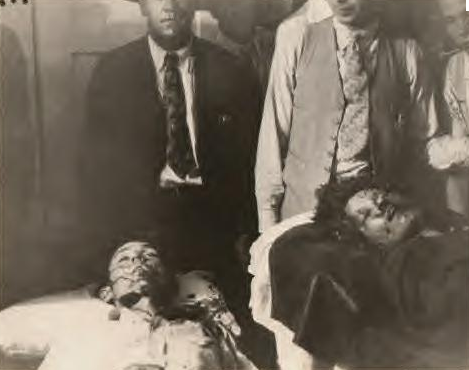 On September 30th in Amherst, New Hampshire, two of America’s 270 million guns will be sold.  They aren’t just any guns, however.  They are antiques, and they are known to be at least 78 years old.  There is in fact no shortage of new guns, so these now out-of-date pieces are not expected to be used to guard against home invasions or to be carried by protesters exercising second amendment rights.  Neither will they be mounted on a gun rack in a pickup truck.

Nah, these guns are special.  These are the ones to bring out after dinner, to scare the bejesus out of guests whose first and only question will be, “are they loaded? “ They have been loaded, and aimed before, and were probably used to threaten and possibly kill people.  This apparently makes them collectible.  Where I grew up in rural New York, I never saw a World War Two pistol or rifle described as, “I killed plenty of men with this gun,” but these weapons coming up for auction are being treated differently.  On the subject of killing, most people are generally shy, even contrite.  It becomes different, though, when someone else does the killing.  Then, for a few, it seems okay to want to own a murderer’s weapon to feel vicariously the contrition-less willing-to-kill attitude two murderers employed decades ago.  The buyer can then pull the trigger and say with a smile, “They were reaching for them when they were killed.”  We shouldn’t care.


The criminals who owned them were nobodies.  They took the same shortcuts people cheating on taxes do.  They just took bigger ones.  They wanted money but not to work for it, and when people resisted, shot them.  They did this often, committing robbery dozens of times, shooting and hitting human targets with the regularity of a marksman picking off tin targets at the county fair.  The only difference was, these people were lovers, and later famous. That, to some, makes their guns valuable, making them association copies of the most serious kind.


In their depraved incompetence, they did have some luck.  In the 1930s, when on their “spree,” American newspapers romanticized the exploits of such killers.  Toward the end, they may have felt the need to live up to their reputations, to kill a few more now forgotten victims to cement their legacy.  Their relevant numbers are 706 and 12.  From their first confirmed killing, until their last 706 days passed.  In that time, they killed 12 men, one every 59 days, and along the way their guns and possessions became collectible.

As luck would have it, their story became a movie in 1967 that secured the long and illustrious careers of Warren Beattie, Faye Dunaway, Gene Hackman, and Gene Wilder.  The names of these actors have since resonated with each re-showing of the film, and so have the names Bonnie Parker and Clyde Barrow. Soon we'll again celebrate their violence by bidding on the guns they carried on the day they were killed.

The innocents they executed have mostly disappeared, becoming footnotes to their mayhem.  The guns, they live on of course, soon to adorn someone's empty life.

Here are their victims.


People of course have the right to collect the wrong things but the money at least should go to the right people, in this case the heirs of the victims.  And the buyers?  They should be ashamed of themselves.


Here is a link to an article in USA Today that calls the killing of Bonnie and Clyde an ambush and that too is pathetic.  Murder is not like red wine although some fools may think it is.  It does not improve with age.  Gunning down murderers is not an ambush, it’s a service.