A Bizarre Book Theft with a B.I.G. Inspiration 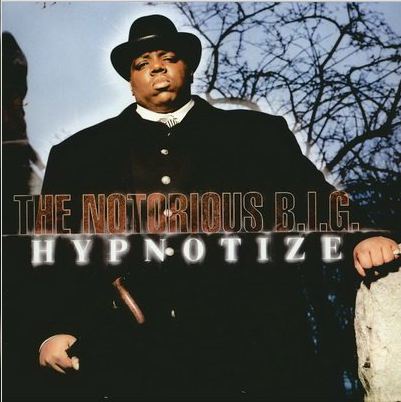 Biggie's Hypnotize was one of the biggest hits of 1997.

One of the more unusual book theft cases occurred this past month in the upscale, coastal Connecticut community of Westport. Two men picked up a selection of books at the local Barnes & Noble, but neglected to make a stop at the checkout register on the way out. One was described as a “playwright,” the other a “producer.” Starving artists, apparently, picking up material for a play they were working on. Perhaps not totally starving, since the getaway car was a Jaguar, but maybe short at the moment of the $868 at which police valued the books.

Among the books were nine sets of Fifty Shades of Grey, it not being entirely obvious why they would want any, let alone nine copies of that. Three copies of a book by music rapper R. Kelly and a copy of Murder Mamas were more logical selections for a playwright working on a play related to the late rap artist, Christopher Wallace, better known as The Notorious B.I.G.


The accused, 40-year-old playwright Alfred Green, and 37-year-old producer Raheim Pope, are obviously not hardened criminals. They fled on foot, and were quickly apprehended by police. The two were booked, with bond set at $5,000 for Pope, $500 for Green. According to the Westport News, Green broke under questioning, and agreed to to tell police where Pope kept the keys to the Jaguar if they reduced his bond to $500. They agreed. Green then told police they had been arrested once before, and he remembered from that time where Pope hid the key – in his rectum. No wonder they were caught. This is not a good place to secret your car key if you want to make a fast getaway.

Now, I certainly wouldn't have wanted the job of securing the key from the suspect. Neither did the Westport police. So, what they did was place a metal detector behind Pope's butt, and when the the device started screeching, Pope gave in. He undertook the job of removing the key himself, though he did not have the good sense of Green. He should have demanded a bail reduction to $500 too before consenting to remove the key. It would have easily been worth the price to the police. The key, apparently wrapped in some sort of tissue, worked fine when inserted where it belonged, the Jaguar's ignition.


The two gentlemen have been working on a play with the title Ready 2 Die. That was the name of an album the late Wallace/B.I.G. recorded in the 1990s. When the news came out, Wallace's estate was quick to say it had nothing to do with the Green-Pope production. It noted that the estate had previously sent cease and desist orders to the two, and that their work was unauthorized by the estate.


For those either too young, or too old, to be familiar with Wallace's work, he was one of the most successful rappers of the 1990s. However, he may well be better remembered for his role in the terrible East Coast-West Coast rap wars of that decade. An attempt was made on the life of fellow rapper Tupac Shakur, and Shakur believed Wallace was behind it. When a second attempt made on Shakur's life in 1996 was successful, his associates believed that Wallace/Notorious B.I.G., or “Biggie” as he was more affectionately known, was responsible. A year later, a car pulled up next to the one in which Wallace was riding, just as had happened to Shakur a year earlier, and with the same outcome. Neither murder has ever been solved.


Tupac Shakur's artistic reputation is generally greater than that of Biggie. Perhaps it is more inspiring to be named for a great, South American Indian revolutionary than for being fat. Both wrote lyrics filled with terrible things, either realistic portrayals of violent life on the street, or gratuitous violence, depending on your point of view. From my limited exposure, I thought Biggie had the greater capacity to be clever, but this is definitely not my bailiwick. I have no plans to see the play when it comes out.