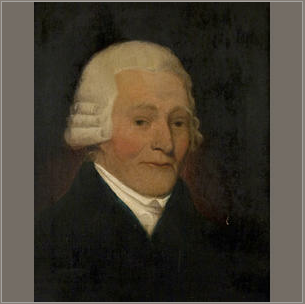 Book auctions have been for some time on an unfamiliar trajectory, arcing toward the ever-evolving nexus of old material, new tastes and evolving methodology.  This is not a world our Grandfathers would recognize but it is no doubt one they would like.  The evidence of change is everywhere but today’s dose of this new reality comes across my desk from Bonham’s, a 451-lot auction in New York of Fine Books & Manuscripts including Russian Literature on the 19th.  A look at this catalogue gives the sense of distant rails far into the future coming together while three hundred years of seller lists, broadsides, simple catalogues giving way to larger and more complex presentations, first just words, then illustrated, later in color and now electronic in increasingly florid presentations – remind us we are only midway on the path to collecting redefined.   Book collecting is what it becomes rather than what it has been and this catalogue with many images and complex descriptions provides evidence the transition continues.  The best catalogues today, be they dealer or auction catalogues, make their case for an offer to buy or a bid.

In the Bonhams sale there is, in addition to the catalogue’s implied statement on the state of the field, some wonderful material to consider.


If money is no object we’ll look at a gem.

LINCOLN EXERTS EXECUTIVE CONTROL OVER AMNESTY AND, BY EXTENSION, RECONSTRUCTION.


Autograph Manuscript, DRAFT PROCLAMATION RESERVING FOR THE PRESIDENT THE RIGHT TO GRANT AMNESTY TO CONFEDERATE PRISONERS, Signed in the text "I, Abraham Lincoln, President of the United States," 1¼ pages recto and verso, legal folio (350 x 210 mm), after December 8, 1863 and before March 26, 1864, on blue-lined paper, 22 lines to the page (THE SAME PAPER USED FOR THE FIRST DRAFT OF THE GETTYSBURG ADDRESS, THE 1864 ELECTION VICTORY SPEECH, AND THE LAST ADDRESS). Horizontal folds, few very minor smudges including the edge of a fingerprint, faint shadow near center fold on left edge, a little residue from album hinge on verso, small printed caption pasted to head ("President Lincoln"), overall fine and fresh condition.


Provenance: [Robert Todd Lincoln—presumed gift to] Mary Ford, née Molesworth; by descent in the Molesworth family of Pencarrow for over a century; sold at auction to the current owner (Pencarrow Collection of Autograph Manuscripts, Sotheby's, December 8, 1999, lot 137).